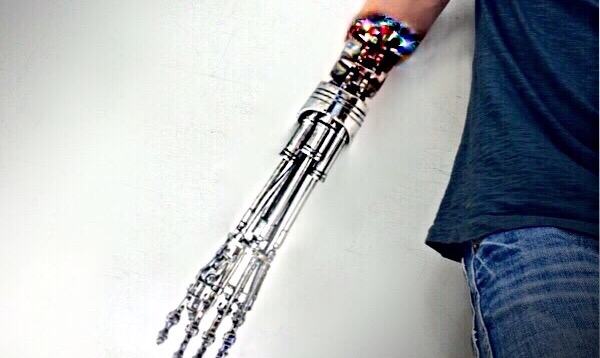 Electrodes: a Potential Cure to Paralysis

By Divesh Prithviraj on 15th December 2016

The feeling of touch is remarkable. It allows us to sense danger as well as communicate with other human beings on a more complex level, distinguishing us from many other creatures. Yet, most of us take this ability for granted as we have always had it since we were born.

For some individuals though, this is not always the case, such as Nathan Copeland, a 28-year-old American man, who lost this ability at the age of 18 when a car crash damaged his neck and spinal cord. For 10 years he could not feel anything and could only dream of a possibility of having his sense of touch restored. Through the use of micro-electrodes scientists were able to make a breakthrough and return the feeling of touch to him.

How was touch restored in a paralysed person?

Scientists first identified the parts of the brain associated with touch in the hands, namely the primary somatosensory cortex (touch sensing areas) located in the parietal lobe of the brain. Two electrodes were implanted in this region of the brain and two additional ones were placed in the motor cortex controlling the movement of the prosthetic hands. The wires from these electrodes were then connected to a computer and a robotic arm.

Stimulation of the somatosensory cortex allowed Copeland to experience the sensation of touch once again as he was able to sense pressure being applied to the fingers on the robotic arm and identify which fingers specifically were being touched. However, limitations presented themselves as Nathan only experienced a basic feeling of touch; he could not feel more complex sensations, such as temperature or pain. The brain regions corresponding to these areas are harder to access according to scientists. The brain is a complex network of different neural circuits. It is therefore very difficult to create artificial nerves that connect the different sensory inputs (pain, touch, temperature) to the appropriate neural circuit. This poses physical barriers to what we can achieve through this technique. Development of flexible electrodes are being looked into in an attempt to further the sensations delivered.

The possibility that the electrode implants may stop working after they have been placed in a person is only a minor danger in relation to the complexity of this procedure. There is a high chance that during the surgery itself the micro-electrodes could puncture a blood vessel. Bleeding in the brain may lead to the development of stroke-like symptoms, such as visual impairment and numbness.

Alternatively, psychological conditions may also be exhibited if the surgery interferes with cognitive circuits, for instance depression. Introducing a foreign object into the human body can increase the risk of an infection. This is an even greater concern as individuals who have a greater inability to experience touch-like sensations will require more electrodes, increasing the risk of infections, such as meningitis and could result in death.

What does this mean for the future?

The use of electrodes to act as an interface through which sensory information can be transmitted and relayed to other parts of the body paves the way for a realm of alternative possibilities to treating disability. These artificial nerves could potentially cure paralysis and be used to give a sense of touch with prosthetic limbs.

Scientists can further refine this state of the art science to overcome the limitations and produce the most effective and safe solution for complicated disabilities. However, this should naturally be treated with caution as complications can occur during the surgical procedure as well as after once the electrodes have been implanted. But aside from this, trying to replicate the inner workings of the human body still remains the biggest issue as the signals circulating throughout the sensory and motor pathways are incredibly complex.