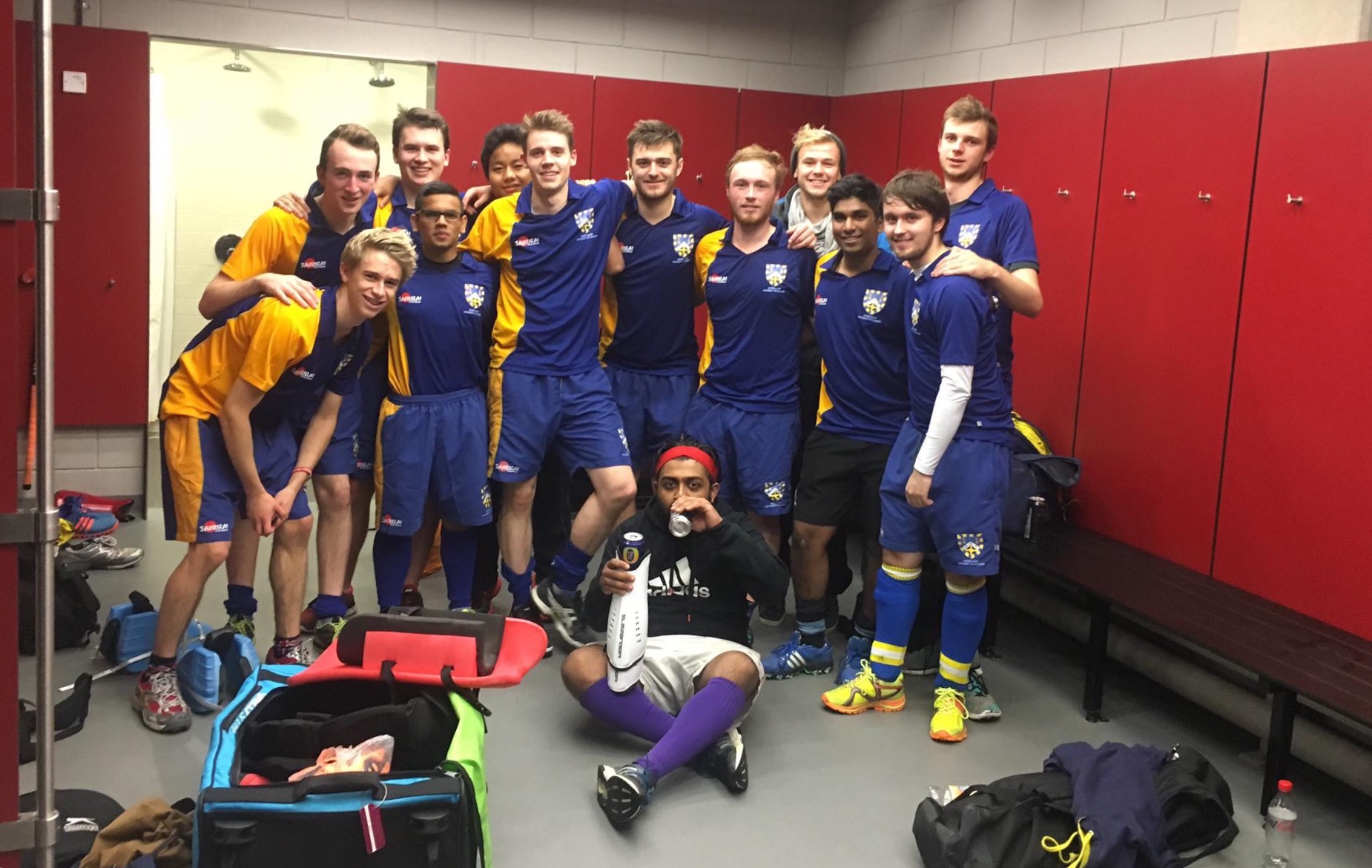 By Thomas Hingston on 18th December 2016

With a new season underway, Thomas Hingston tells us how the team is getting on

The men’s hockey season is underway! During Freshers’ Fair the club managed to recruit many promising players; replacing some of the third years who sadly left us last year. The early training sessions and meet-and-greets were a roaring success and it looked as though we were going to have a good season with a good bunch of lads (the fan’s favourite fresher being Will Griggs (I kid you not!)). The squad has players who have played at county level alongside those who have never picked up a stick before and each and every player has improved noticeably and it’s great to have such a wide involvement from all skill levels. However, despite this rigorous training and team-bonding we unfortunately lost our first game 1-2 to Imperial.

Not to be discouraged, the team also entered a pre-season competition; played just after the season had started… which included Barts. They happened to be our first game to whom we lost a miserable 0-5; the less said about that the better. But as the tournament progressed we gained confidence, beating UEL and RUMs in two cracking games for the spectators, finishing 6-0 and 1-0 respectively. The tournament was designed to lift team spirits and get used to each other’s playing styles so it was a bonus when we came fourth in the overall standings.

We took this confidence into our next league fixture and despite going 0-2 down to VETs we managed to claw ourselves back into the game and come away with a 3-2 win, getting the winning goal in the last seconds of the match! Unfortunately this could not be replicated against Essex the following week, losing 1-0 and knocking the team’s confidence a little.

However, refreshed after reading week; with a new coach and intense training sessions, the squad goes into our next fixture full of confidence (despite Star Forward Thomas Hingston being injured for the match) and it should be a really great match to take three points from against Hertfordshire.

Aside from the league, the team also has a little cup-run going and have made it to the final 16. Our fixture is against St George’s University (who?) which should be a close encounter considering they are in the league above. By the time you are reading this article I imagine that we have already progressed past them into the quarter finals!

Please feel free to come to any of our games at Lee Valley Hockey and Tennis Centre on Wednesdays where both the men and women play their games! Follow us on Facebook/Twitter/Instagram for more information on upcoming fixtures and results!