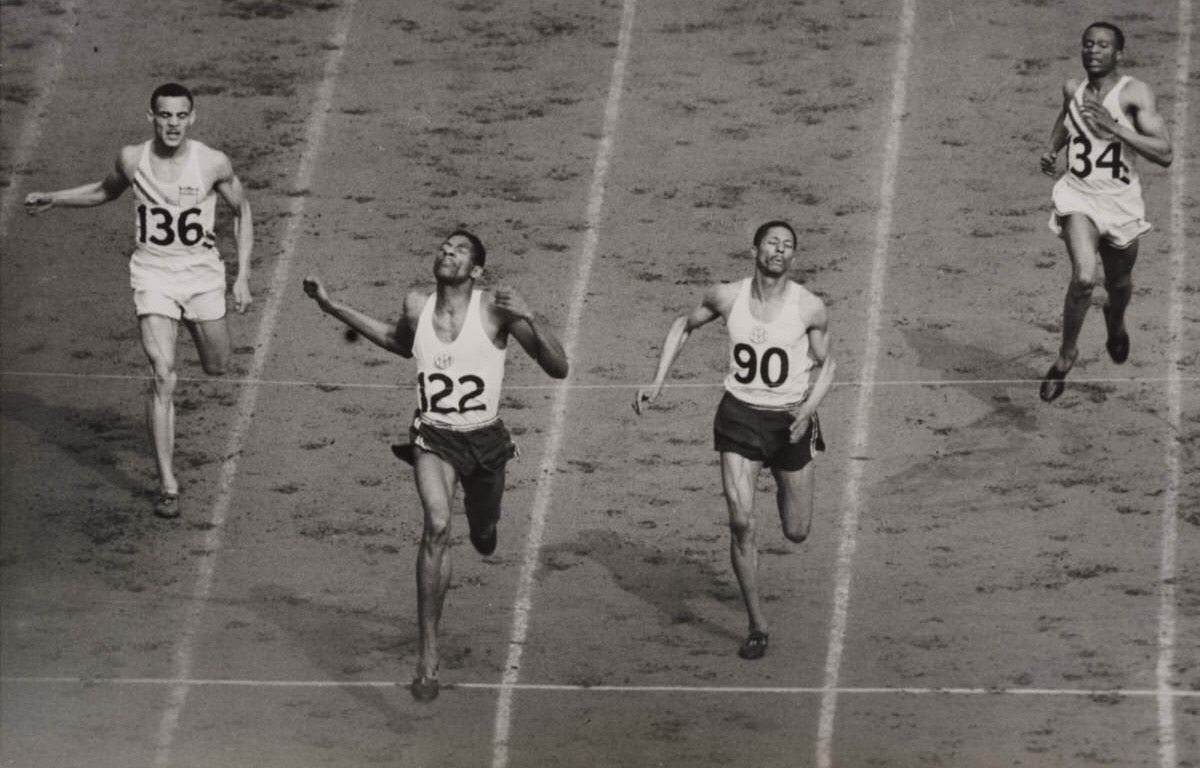 Arthur Wint is Jamaica’s first Gold medallist in Olympic Games and a Barts Graduate who accomplished many exceptional feats in his lifetime.

Wint was born in Plowden, Manchester, Jamaica in 1920. From an early age his talents in athletics were obvious. At the age of 18, Wint won the 800 meters at the Central American games in Panama. The first of many accolades, he won the sporting title of Jamaica Boy athlete of the year.

Wint was not only an athlete he was a servicemen. Wint came to Britain during the Second World War and served for the RAF and reached the rank of flight lieutenant with wings.

After the war, Wint quickly got back to business in athletics and in the 1948 Olympics would make history. Wembley was the venue, he won the 400 meter race beating his compatriot Herbert McKenley to win Jamaica’s first gold medal in Olympic Games. He won in style too equalling the existing world record of 46.2 seconds.

John Parlett the British runner who competed with Wint in 1948 said, “People used to gasp when they saw him running because people that were running behind him looked as if they were doing two strides to his one.”

Wint further cemented his legacy in athletics when he and close friend and rival McKenley along with Les Laing and George Rhoden won the 4×400 in the 1952 Helsinki Olympics, beating the United States in a track classic. United States and Jamaica were on a different playing field; distancing themselves away from the other teams. The lead would change numerous times but it would be Jamaica who would take the win and take their places in Jamaican folklore.

Former Jamaican President Michael Manley praised Wint “The single most important element of the influence of Arthur on my generation was sense of Jamaica the Caribbean as a great centre of potential excellence.”

Wint’s influence was not limited to athletics, graduating from Barts as a doctor in 1953. He spent 20 years as a medical practitioner helping his people in Jamaica. In 1978 he was the Doctor and Surgeon in charge of Linstead general hospital. His impact cannot be understated; a man told Wint’s wife Norma “I’m so pleased to meet you. Your husband saved my life. How many gold medals is that worth?”

Britain loved Wint too. He was awarded the title of Most Excellent Order of British Empire in 1954. It was a no brainer when he was made Jamaican High commissioner to Britain in 1974 serving six years.

He died in 1992 after an extraordinary life where he won gold medals, became a flight lieutenant in the RAF and served as a Doctor. A Jamaican sports hall of famer. There is a street in Kingston named after him called Arthur Wint Drive. His legacy lives on.

Published in Barts & The London News and Sport