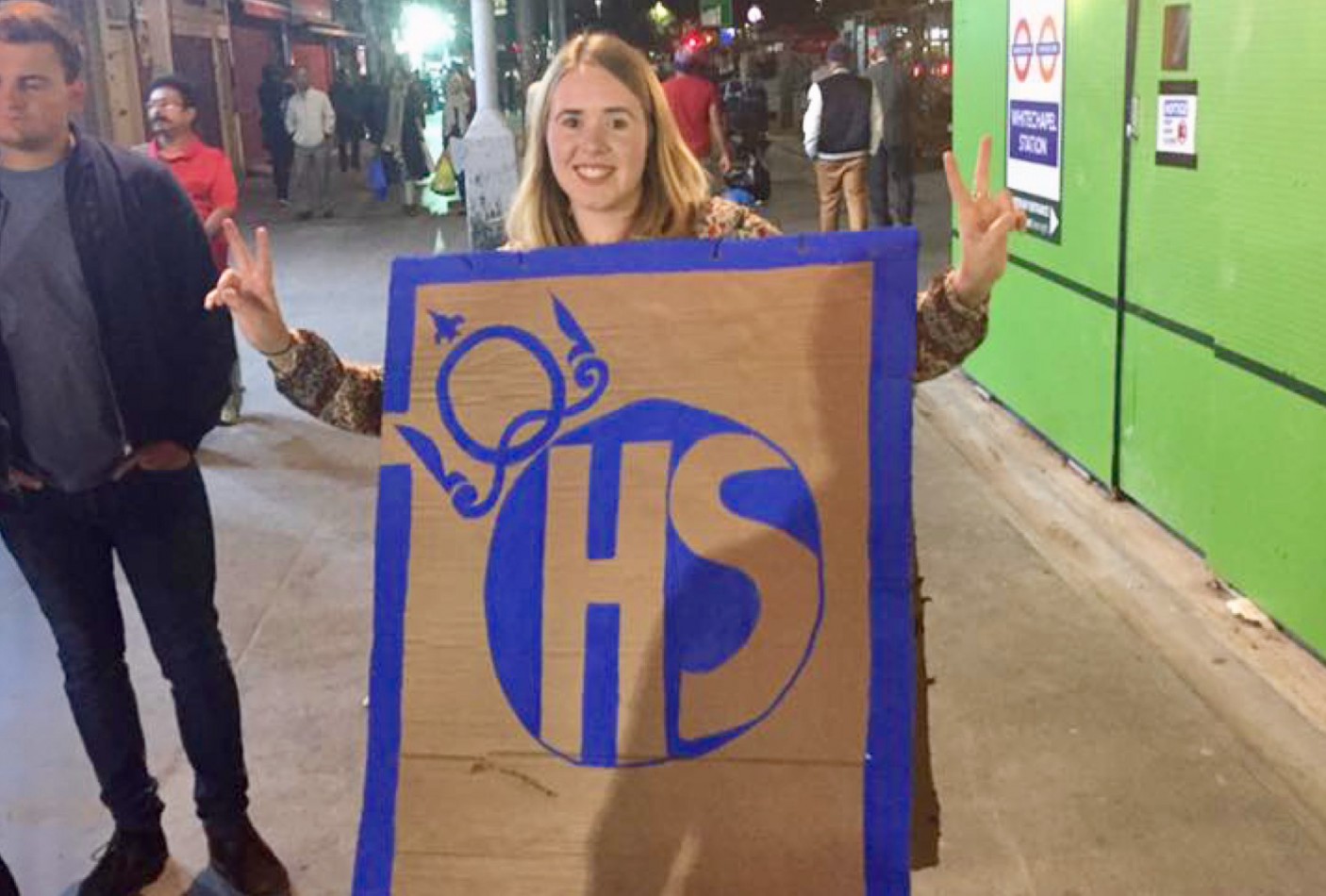 HistSoc gives a head-up on socials, academic events and more

The History Society kicked off this semester with our annual Pub Crawl which saw us visit some of the East End’s most notorious pubs. With a DIY banner (courtesy of some dedicated members) we drank our way through Whitechapel.

As we entered October we set out on our ‘Museum Mile’ trip, visiting some of London’s best museums within the Holborn area. Exploring Victorian prints at the Cartoon Museum and weird human anatomical specimens in glass jars at the Hunterian Museum (weird, we know) we were able to explore London in the best way possible – free of charge.
Another trip we are running is a visit to Bletchley Park on the 22nd of October, which will include a tour of the code breaking site where Alan Turing (or Benedict Cumberbatch in ‘The Imitation Game’) designed his famous Enigma machine. Both of these trips are for anyone and everyone who enjoys history!

Alongside these social events each month QMUL HistSoc puts on a guest lecture event, discussing topics from the First World War to the US elections, with authors and historians from all around the UK alongside organising social events.

With the anniversary of the Battle of Hastings approaching we will be discussing the battle and its 950 year legacy with guest speaker Dr Harriet Harvey Wood who will be talking about her book and the fall of Anglo-Saxon England. If you prefer modern history, then you should come to our speaker event with Dr Reuben Loffman from QM’s very own history department who will be discussing the life of Joseph Mobutu and the legacy of his rule in the Congo. Or join us for our event run with QM Equality where we will be talking to Sue Finch, an activist from the Women’s Liberation Movement, who caused a public stir with other members in a 1970 Miss World pageant at the Royal Albert Hall. Professor Barbara Taylor will also be joining us and all of our speaker events are followed by a food and drink reception.

One thing HistSoc is famous for is our (student friendly priced) trips abroad – Gdansk, Leipzig, and this year to Krakow in Poland. You will have the opportunity to be immersed in Polish culture on this 5 day trip, with the chance to visit famous sites such as Auschwitz and the Gestapo Headquarters.

The HistSoc isn’t just for history-obsessed individuals (although all are welcome) – we want to have the chance to show people that history is about so much more than just studying the past.

Everything we see in our everyday life is shaped and influenced by history – so what better way to celebrate that than by joining our society!