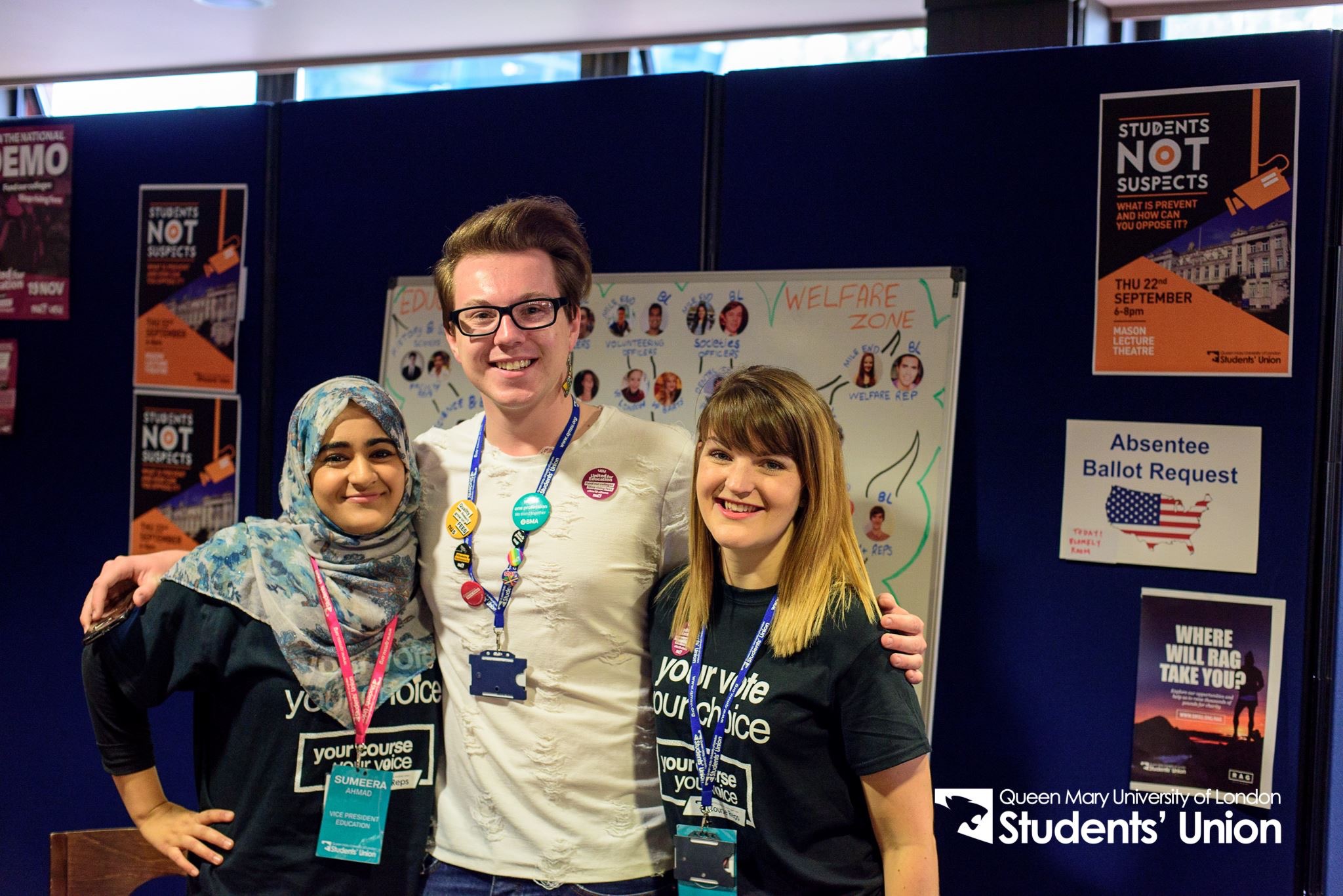 Students Not Suspects: A QMSU Discussion

By Theodor Debrunner-Hall on 14th November 2016

On the 22nd of September, around 50 students gathered in the Mason Lecture theatre to listen to a presentation and take part in a Q & A about Prevent, one of the government’s counter-terrorism strategies that has led to much controversy. In the education sector, the strategy is based on a system of reporting so-called “suspicious behavior” on the grounds of criteria set out by teachers and professors after having a short training session.

Prevent has been widely criticized and accused of inciting islamophobia.
The NUS and QMSU are actively combatting and rejecting the scheme. This event looked to raise awareness and understanding for what Prevent is and why it is being rejected by some academic institutions.

Representing the NUS, Shelly Asquith spoke first, highlighting examples of incidents where Prevent had failed and led to unfair discrimination of young Muslims. President of the QM Islamic Society Akiqul Hoque spoke passionately about what he views as a culture of fear which is leading to the demonization of Muslim students in Britain.

Guest speaker Rahmaan Mohammadi discussed how Prevent has affected him personally. While he was in school, he was reported to Prevent and had police come to his door and talk very aggressively to his family because he had worn a pro-Palestine badge. Particularly eloquent and collected, especially considering his relative youth, Rahmaan emphasised the importance of educational institutions encouraging rather than restricting free speech.

He also heavily criticised the idea of “British values”. He is convinced that Prevent is both principally and practically drilling a toxic form of racism into educational institutions and made his point in a most compelling manner.

QMSU Vice President Welfare, Adam Sparkes, had this to say on the student response to the talk,

“The event raised some interesting discussion. From what was discussed [and] from what I saw, there was pretty much unanimous agreement that Prevent is unacceptable.”

Adam has been openly critical of the government’s strategy,

“Frankly I think before Prevent there was not a huge demand for a system to monitor students, and after Prevent I don’t think there should be either.

“It is our job to hold [the government] to account and shout about it when they introduce legislation which is institutionally racist and Islamophobic.”