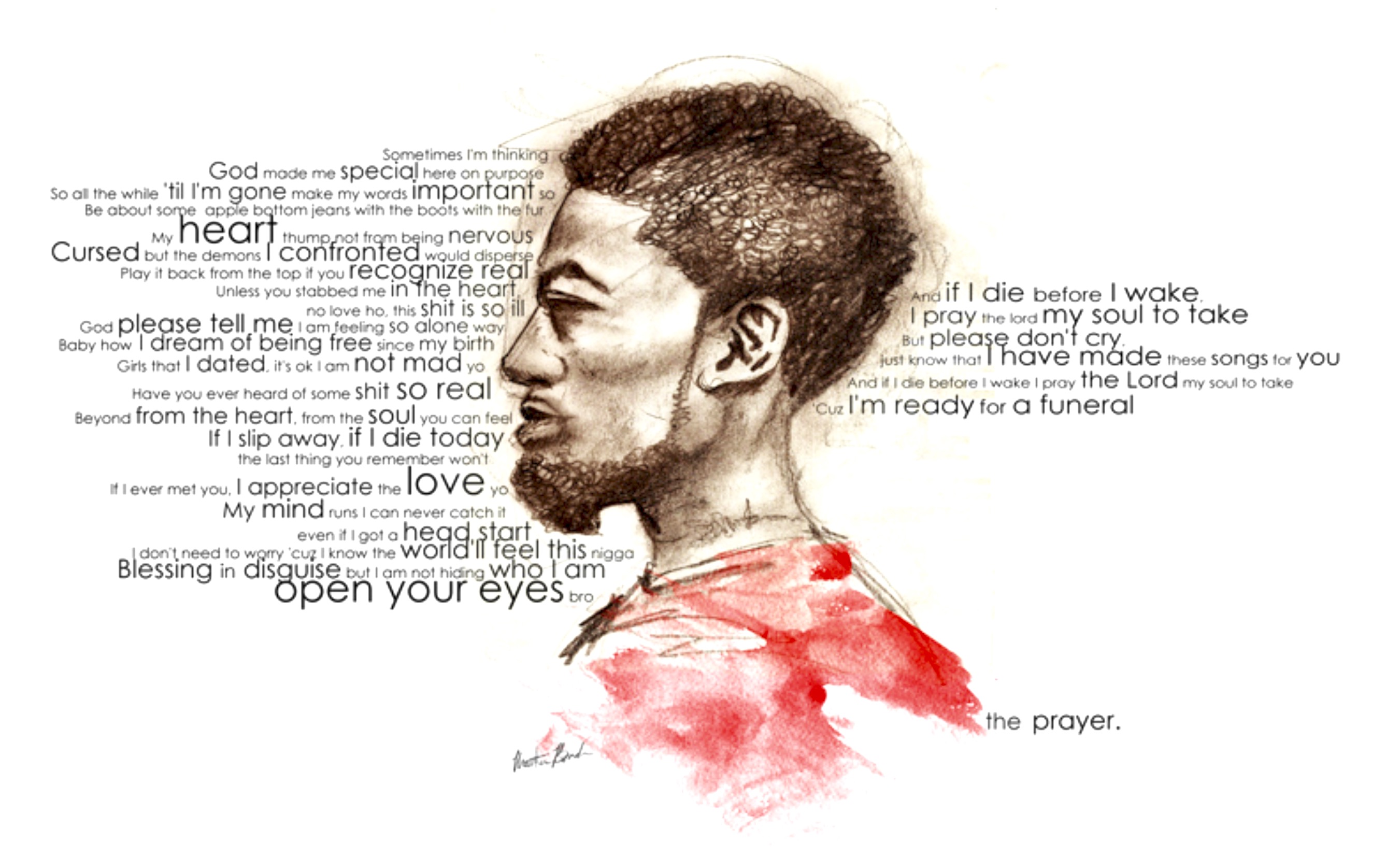 By Theodor Debrunner-Hall on 15th November 2016

In the aftermath of World Mental Health Day, Theodor explores the relationship between hip hop and mental health.

A few days ago Kid Cudi (née Scott Mescudi) checked himself into rehab after suffering from depression and recurring suicidal urges. In a heartfelt note addressed to his fans he spoke in a manner that resonated with many that suffer from depression themselves. The symptoms of depression and the ways it manifests itself are so often gravely misunderstood. He speaks of the shame, the fear and the feelings of helplessness. Despite his relative dwindling relevance as a musician his note caused such a stir across social media, his honesty and openness being lauded by fans and fellow musicians alike.

Many men that suffer from depression or similar mental health problems will tell you that one of the hardest things is admitting and addressing your troubles in the face of a toxic masculine culture that supposes that to have such an intangible, indefinable illness is to be less of a man. The danger this stigma poses is apparent. With no outlet to fight their demons and no support thanks to a bogus concept of masculinity, a shocking amount of men find they can only turn to suicide. In the UK alone, 6233 men committed suicide in 2013, with that number rising year by year.

Think of a musical poster boy for mental health and the picture that comes to mind is a pretty bland one- white guy, probably with a beard, crooning in a falsetto voice over the soft tones of a bluesy piano or a quiet guitar. Somewhere along the line however, rap seems to have become one of the main musical vessels to address or discuss mental health issues, helping to destigmatize the dangerous idea of depression equating to weakness.

Hip hop and mental health have long shared a troubling and somewhat complicated relationship, particularly for men. As a genre that in large parts is driven by braggadocious arrogance and traditional masculinity it is easily understandable how this can reinforce precisely those “be a man” stereotypes that are oh so harmful for depressed men. Alternately however, precisely this type of message can also reinforce the practise of self-love. Many hip hop artists, particularly more and more in recent years, have spoken more or less openly about their struggles with mental health. Be it Eminem’s depression and paradoxical social anxiety contrasting with his lyrical brashness and anger, Kanye West’s depression that he has discussed in interviews, or most recently Kendrick Lamar’s lengthy and repeated discussion of depression and self-hate in his lyrics, depression has become a relatively common and respected theme in hip hop.

An infuriating point often brought up is something I like to call “the Gatsby paradox”: in The Great Gatsby, Jay Gatsby seemingly has everything a man could want, and yet is still plagued by sadness. All around him, almost no one seems to understand. Similarly, many seem to disregard or laugh off the idea that a globally successful, rich and in many ways blessed man could still suffer from something as “benign” as mental illness. This is yet another perception of male depression that is completely off the mark. Mental illness is not necessarily something visible, something apparent. Particularly in men raised to repress their emotions, it can even be the opposite, that those that seem at their happiest and most gleeful to the outside are far from it on the inside (or paraphrased, mo’ money mo’ problems). From my own experiences I always found that when I was in the deepest slumps of my mental health troubles I was perhaps most active on social media and making the most jokes in my everyday life. Appearances deceive, and this seems to rarely be truer than in modern musicians.

Hip hop as an art form lends itself to a direct honesty and expression of emotion in a complex and differentiated manner. It’s nothing new to describe suffering through rap. Honest accounts of despair and feeling hopeless are common themes throughout the history of hip hop, but what is important now is that these feelings and emotions are being called what they are – serious mental health issues, often based on traumatic life experiences.

What I found to be most striking in Kid Cudi’s note is how much, despite our incredibly different life situations, I identified with in his account. The feelings of shame, letting down others, and not showing yourself enough love all sound exactly like something out of a conversation with my therapist. Although I myself was never even that much of a fan of his music, in that short text I felt like he was speaking out of my own heart. Precisely this effect is why this kind of honesty from celebrities matters; it shows those that struggle with these issues themselves that it’s okay to acknowledge your own weakness and do something about it. Celebrity voices and representation matter more than ever in the social media age.

Bit by bit, men like Kid Cudi or Kendrick Lamar are shifting the perception and altering the discourse around mental health. Through their own honesty they are giving young men a voice to recognise and understand, helping them not feel like less of a man for having a perfectly natural illness. They make sad songs about more than merely heartbreak, but rather personal stories and demons that so many can empathies with.

For these reasons I want to laud the honesty and bravery of those like Kid Cudi that open themselves up to the public, helping to break the taboo around men suffering from mental health issues. In one particularly poignant part of Kid Cudi’s note he writes “Ashamed to be a leader and hero to so many while admitting I’ve been living a lie.” What he has not realised here is that merely this note makes him so much more of a leader and a hero than he was before.