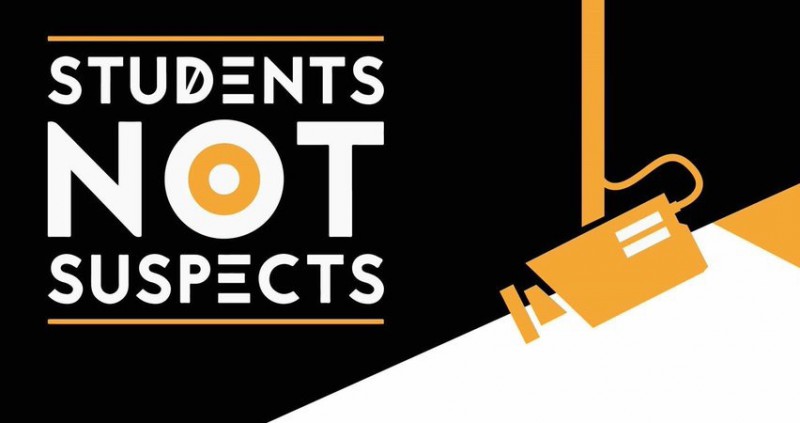 For an event addressing the consequential issue of radicalisation and the government’s strategy on it, the use of air quotes throughout this event was cavalier; littered with reference to “so called radicalisation”, “so called violent extremism” and “so called Islamism”. Students Not Suspects goes far further than appearances, challenging notions widely held within both scholarship and among those fighting against Islamist theocracy globally. Namely that Islamist ideology exists. More than just targeting problems with Prevent this blasé attitude toward extremism reflects the increasingly post-modernist, morally relativist stance of the left towards Islamism since the failed war on terror began.

The examples presented demonstrated problems in educating thousands with Prevent’s strategy to safeguard against radicalisation, something more nebulous than say child abuse. However, remedies to prevent would include moving from police to community based intervention, better training, focusing on Universal rather than British values and more civil rights oversight- not a rejection of safeguarding in principle. Instead the NUS hold Prevent and the government in contempt, willing to use hyperbole and portray Prevent as a Machiavellian ‘racist’ and ‘Islamophobic’ attack on student activism. Reference to the Channel guidance reveals Prevent inherently rejects “any single route to terrorism” and says “Outward expression of faith, in the absence of any other indicator of vulnerability, is not a reason to make a referral”.

The NUS’s position demonstrates a careless lack of understanding; to quote NUS VP, “I reject the term Islamism, it is a lazy term invented by the western media”. After being cited the 6,000 European Jihadists who have joined ISIS she re-asserted: “I fundamentally disagree with ‘Islamism’ being a political desire to implement Islam… Students coming together wanting a prayer room, so they can practice Friday prayer, is that Islamism? I don’t think so. And actually I do think there are loads of other factors that are causing radicalisation.”
Asquith went on to point to a number of NUS favoured casual factors; western foreign policy, lack of education, poverty and Prevent itself.

The panel refused to even accept a contemporary working definition of Islamism and proposed no fit for purpose replacement initiative apart from changing foreign policy, looking at student debt and youth centres etc. The speakers were however, keen to point out they weren’t counter-terrorism experts. Clearly.

If engaging in historical enquiry, they would’ve been able to trace the roots of Islamism to post-colonial ideological movements from the Muslim Brotherhood to Hizb ut-Tahrir and today the Pakistani Taliban and IS. Islamism at the core is the desire to impose any form of Islam on society, though typically denoting a fundamentalist interpretation of the texts. Since there is no consensus on the nature of a caliphate or implementing Shari’a in Islam, to conflate this authoritarian Islamist stance with the Islamic faith is a grave injustice, achieving the opposite of what the student representatives are fighting for.

Pointing to false flag causes not only strips jihadists of ideological agency in their contempt for liberal secular values, but ignores the vast research canon which debunks many of their baseless causal assertions (Jihadists come from pre-dominantly middle class, university educated backgrounds).
Despite their good intentions, Students Not Suspects reveals more about the shortcomings of the NUS on extremism than that of Prevent.