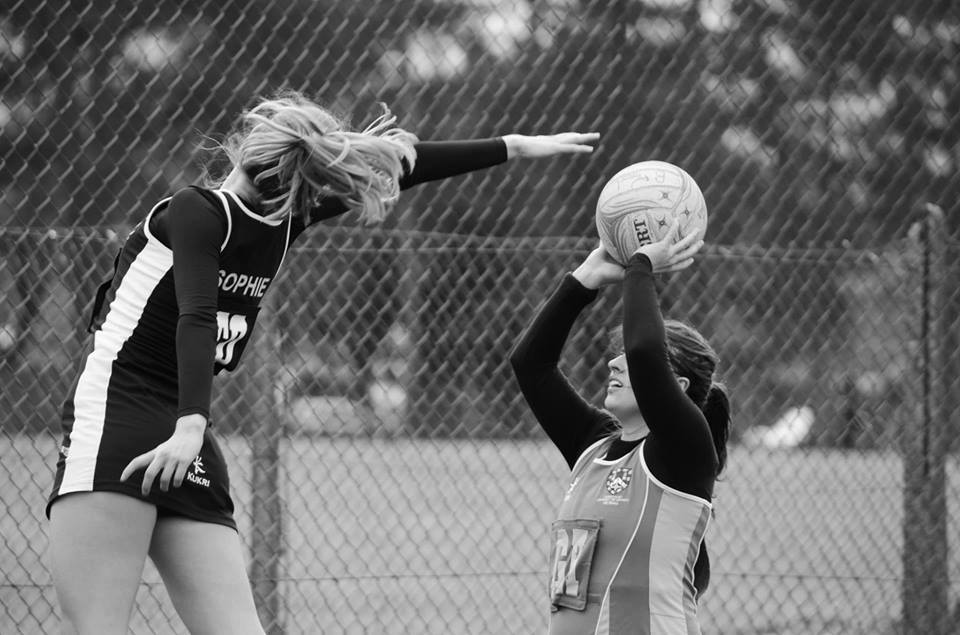 When I first came to Queen Mary I was a bit nervous joining netball club because it seems a bit daunting trying to make it into a team where the girls are already really good friends. However, I was pleasantly surprised. I couldn’t have been more comfortable from the get go: at trials everyone at the club was so welcoming and friendly and made the all Freshers’ feel comfortable. There is a space for everyone at the club, whether you want to play competitively or just for fun.

We were also all invited to ‘session’, which takes place on Wednesday, where we play drinking games and attend the infamous Hail Mary. This is the best Drapers night! The netball girls don’t drink lightly and like to have their fun, which is another reason why I love the club so much (getting used to downing red beer was tough!). It’s a great society because we know how to be serious whilst playing netball, but can let loose when we need too. The netball girls also take fancy dress very seriously: everyone puts in 100% effort and I’ve seen some of the best costumes at session.

We play matches Monday and Wednesdays and train on Tuesdays. We play various teams from universities in London: from Kings to travelling to Essex University. One of our home grounds is the Olympic Copper Box Arena- pretty impressive! I’m sure it’s one of the best home venues compared to most universities.

Another event that everyone looks forward to in the year is Merger (an annual tournament between Queen Mary and Barts). Every club takes this seriously and passions run high. We all want to beat Barts. It is one of the best days you can be part of. You will get nervous but it’s also really fun. Obviously after all the matches are played we head off to Drapers to unwind and go to the Merger after-party where the result is announced. In my first year we were winners of the Merger Cup – honestly it was one of the best feelings after putting in hard work for the whole year.

After exams we have tour. The netball girls all go abroad for 4 days for one big holiday. This was definitely one of the best holidays I have ever been on. There were 33 girls in Zante during my first year. We all stuck together, went out and just had a good time. It was the best way to top off my first year of playing netball and this all carried on into second year where we welcomed the new Freshers’ to the club. When I leave Queen Mary in summer, netball is definitely one of the things I’ll miss most!