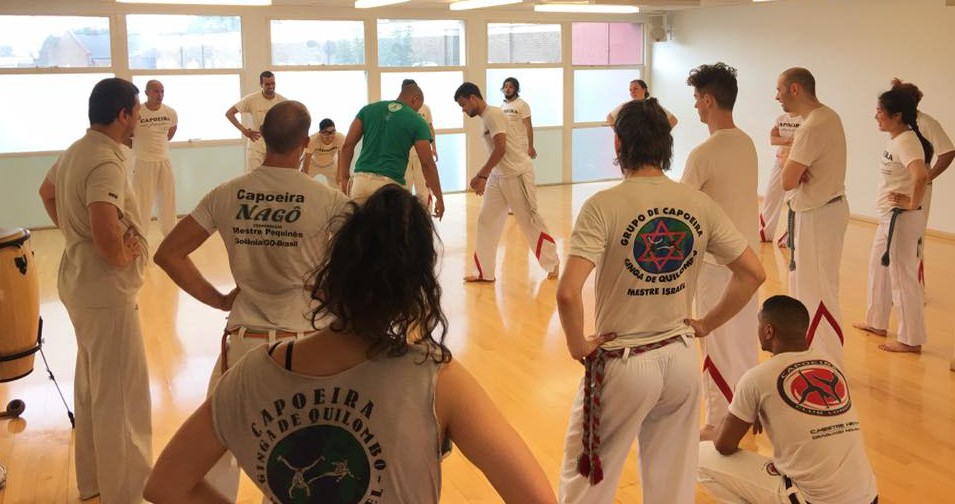 While rugby and rowing may always be staples of the university sport scene, Anna Savage explains why you should try something a little more obscure this Freshers Week

You’ve heard it all before, joining a sports team at university is a great way to get active, meet new people and actually get a ticket to Hail Mary. It’s clichéd but very true and Queen Mary provides a multitude of different sports groups for you to join.

There are so many activities on offer that Fresher’s Fair can seem a little daunting with all those stalls eagerly handing out leaflets.

And while it’s all too tempting to drift toward the old familiar sports, now is the perfect time to try something a little different.

The game is usually played outdoors with two teams of seven players but can be played indoors with teams of 5 players. At each end there is an endzone, like in rugby, and the goal is to pass the Frisbee disk to a teammate standing in the opposing team’s endzone.

Club President, Nuri Moseinco, thinks Ultimate Frisbee is the perfect sport for anyone trying to get more active because of its friendly and inclusive atmosphere.

“There are no referees in the sport, and the game relies on its players to make fair calls and through discussion to self-officiate.”

“Ultimate is very inclusive because of it being mixed gender, which means there is not [a] ‘macho’ atmosphere.”

This club practices two disciplines: Powerlifting and Olympic Weightlifting. Powerlifting is a sport aiming to maximally lift weights on the back squat, bench press and deadlift– common exercises which you may see people doing in the gym. Weightlifting is an Olympic sport involving two more complex barbell movements – the snatch and the clean and jerk.

The sport provides a great way to get away from the pressures of academic life as Club President, John Tjoakarfa, explained:

“I think freshers might be interested in the club if they enjoy going to the gym or are seeking to keep in good shape and becoming stronger. Most of us also agree that hammering away at weights is a really satisfying way to release built up stress from uni!”

Capoeira is a sort of dance martial arts hybrid. Its history is extremely interesting. The game was developed by people of west African descent who were brought to Brazil to work as slaves in the plantations. These people were not allowed to train to fight, so they disguised the fight as a dance. Players enter the roda (a circle of people, generally including a number of musicians playing traditional instruments such as the berimbau), and play by “attacking” each other and evading each other’s attacks.

Oliver Brookes, President of the Capoeria Club, detailed why he think students should get invovled:

“Because the moves are acrobatic and flamboyant, it is an excellent form of exercise.”

“Capoeristas also have a reputation for sociability, and we at QM are no exception to that – we are a close and friendly group who always welcomes new members.”

Freshers’ Week is a fantastic opportunity to try something new so why not get involved in a sport that’s just that little bit more obscure.