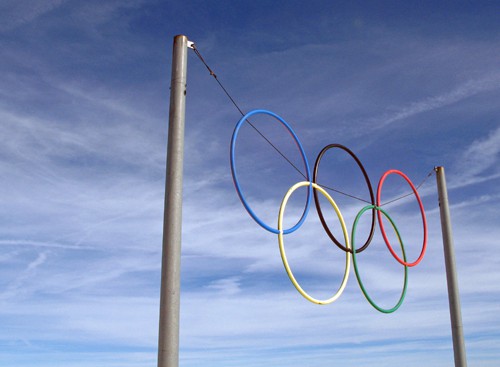 In Defence of Doping

In the comedy of errors that was the run up to Rio 2016, doping got a bad rap. It’s criminalized; discussed only in context of cheating that simplifies the transparency of the testing process, inevitably heightening public outcry when exposed. Let’s do away with the whole thing. Let’s encourage doping. Except without the stigmatisation of being a ‘drugs cheat’.

Why? Transparency, for one. In sport as in life, rules are made to be broken. If you want to win, if a world championship, four-yearly Olympic title or place in the history books beckons, then risking a doping offence is a risk worth taking. When the International Olympic Committee declines a blanket ban on Russian athletes who were part of a state-sponsored doping scheme, the penalties for doping pale in comparison against the potential benefits. Equally, when ruling bodies start applying penalties to individuals or teams deemed to be acting ‘outside the spirit of the rules’ then it’s clear the rules are unfit for purpose.

Banning something doesn’t prevent it – just lowers quality and increases risks. If ‘doping’ became ‘drug development’, along with the world-class analysis and research that pharmaceutical projects command, the potential for scientific discovery increases hugely. Finding new drugs and increasingly understanding how the body works will likely increase funding. Additionally, competition and large resources tend to accelerate progress like nothing else.

There is an argument that sport rewards achievement through effort rather than resources. It may have once been true, but not any more. Oxygen tents, altitude training and specialised nutrition directly affect the physiological capability of humans. In sports where other equipment is required such as rowing, cycling or sailing, victory is as much a measure of technical development as of human achievement. Openly enhancing performances using declared methods doesn’t take anything away from competition.

There could be associated benefits for the public too. Healthcare tends to isolate various sectors – preventative medicine, nutrition, etc. Sport does the opposite: a typical day for an athlete will include physiotherapy, strictly planned meals, sports psychology and physical training. Those who provide healthcare to the public could learn from specialist areas working as an integrated unit. Particular combinations of physical, mental and medicinal intervention would be better understood if we treated sports performance enhancement as a dress rehearsal for general medical and scientific practice.

After all, this has been done before. Endurance motorsport was deregulated in 2011 – manufacturers could design prototypes with free rein, only using limited amounts of fuel. The results were staggering – for example, huge leaps in hybrid and battery technology, which made it’s way into road cars. Road cars made since owe their improved efficiency to that deregulation. Porsche treat their prototypes like 200mph science experiments – after 24 hours of running, the new energy recovery systems had harvested enough otherwise ‘wasted’ energy to drive a hatchback from Queen Mary to Tehran! Imagine what we could do for human endurance and more if we followed suit of such examples and turned doping into performance enhancement.