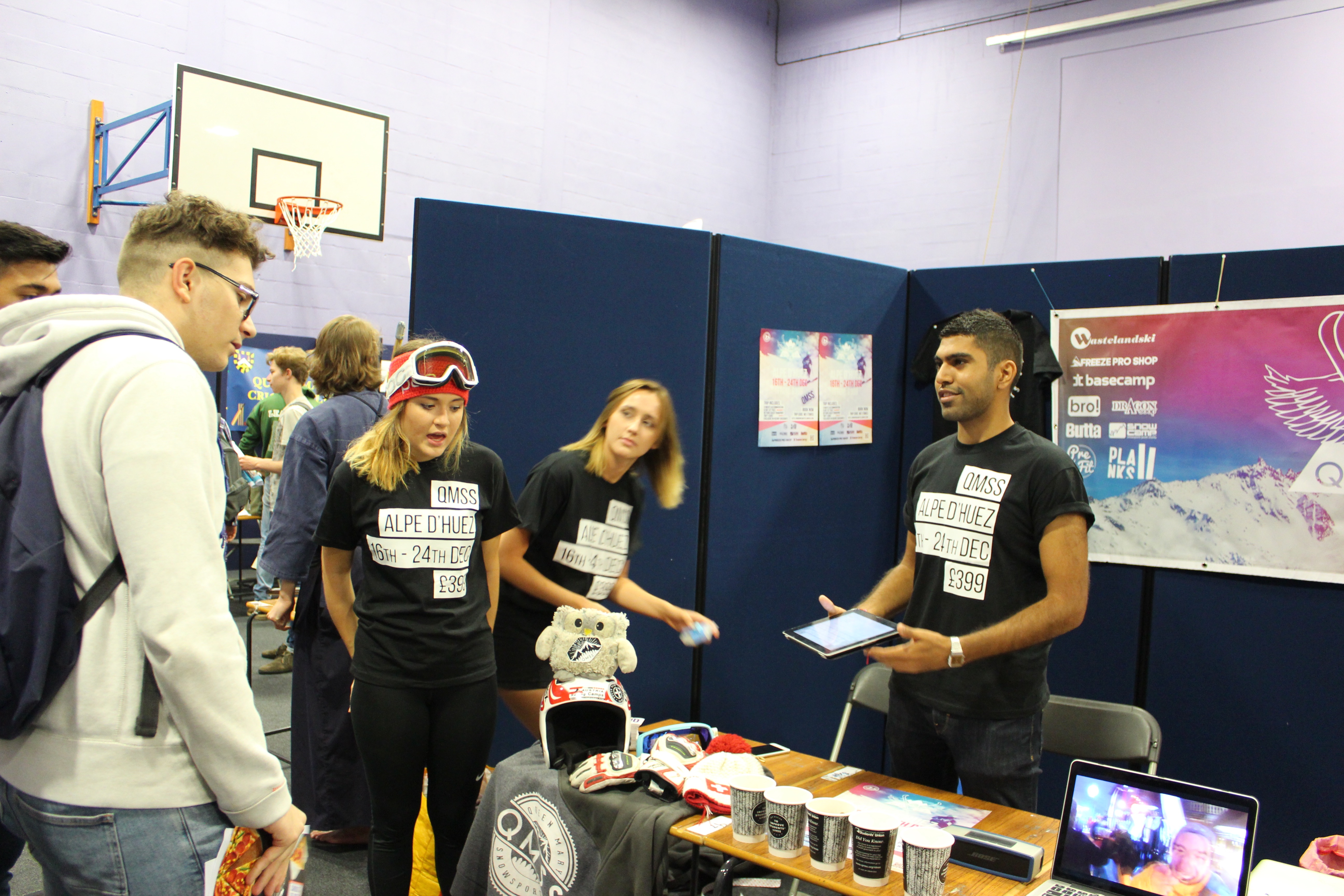 A Snippet of Sport from Freshers’ Fair

So much to see with so little time, Rayna Sidhu gives a summary of the sporting standouts from Freshers’ Fair.

The Freshers’ Fair of 2016 was busier and more hectic than ever; the Sports societies were all in full force to recruit new members.

There were a lot of new clubs at this year’s fair, such as Cross Country, Pool & Snooker and Futsal. Futsal particularly caught my attention as it is based off football, but only 5-a-side and usually played indoors. The point of this sport is to enhance skill rather than stamina. Young football hopefuls often play it in South America. It sounded like a lot of fun and something for football lovers would thoroughly enjoy.

There were also a lot of achievements on display at the sports stands, particularly for Badminton and Women’s Football. The Women’s Badminton team were just promoted to the Premier League at the end of last season, which means they’ll now be playing amongst the best: perfect competitive students. The Women’s Football team are also highly successful, having been Team of the Year for the past two years and have been promoted for last three years. But all societies at the fair were keen to emphasise that they’re not solely about competition and pride themselves on being inclusive of everyone no matter ability or age.

The last two societies that really caught my interest (but of course, everyone was interesting) were Snow Sports and Ice Hockey. Snow Sports stood out because, unlike most teams, their emphasis is largely on the social side of their society. Their annual trip sounds great; Alpe d’Huez in France at the end of December. They have a launch party for this trip in Drapers (date to be confirmed) so keep an eye out for that! Besides a guaranteed fun night it is also being held in association with the Snow Camp charity, and proceeds of the night will be donated there.

Ice Hockey were a great society to talk to, and unique at the Fair because they are a University of London society rather than singular to QM. They have an A and B team, and are looking to develop a beginners team too so there’s something for everyone. They’re an incredibly supportive society too as they will often lend equipment to beginners and organise friendlies for them to improve their skills and confidence. Every year they participate in a national tournament in Sheffield, which acts as their big annual trip.

The entire Freshers’ Fair this year was a huge success for sport at Queen Mary. There was a high level of interest for every team from students of all ages which was extremely positive to see. Good luck to all teams for this year.