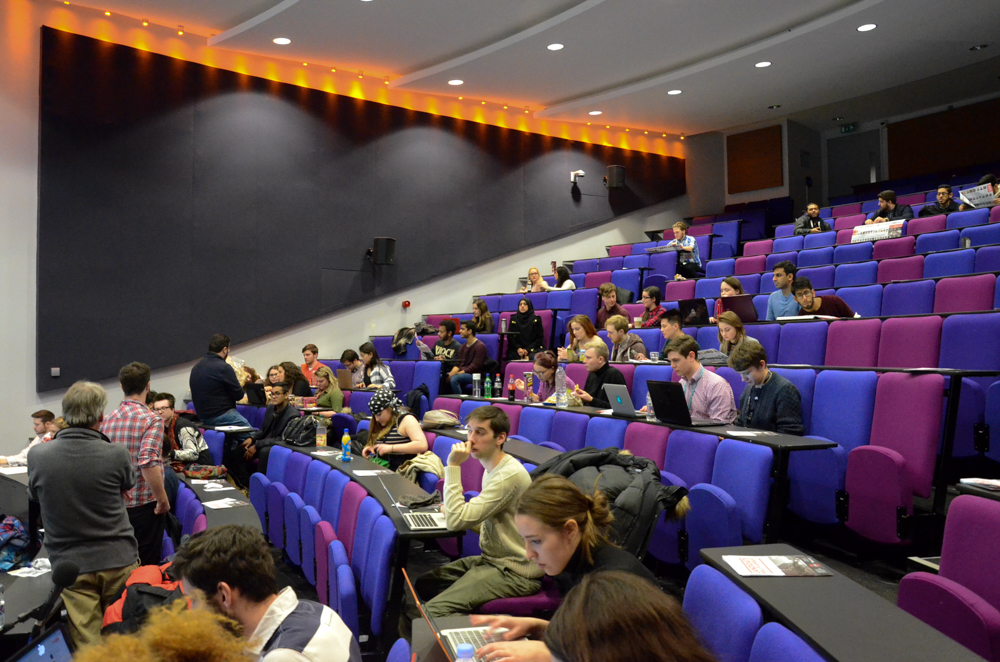 QM Elections: Is There An Art To Campaign Videos?

It’s that time of year again folks. SU elections are truly upon us.

How do I know this? Was it the multitude of posters plastered across campus? Or the handy screen savers on the library computers? No, it’s because of the tirade of election videos that have bombarded my news feed.

I can certainly understand the appeal of these campaign videos. In just a few minutes, a candidate can summarise the main points of their manifesto in a catchy and creative way. As nice as a poster with a multitude of bullet points can be, it hardly has the same punch as doing your own political version of ‘Crazy in Love’.

Sadly everyone seems to have cottoned on to this fact, and it has led to a myriad of election shorts comprising of poorly sung and barely rhyming parodies of familiar songs. And I already thought Uptown Funk had been over played.

I personally find the gimmick to be far too over played to catch my interest. At this point, I would find someone simply talking directly to camera and discussing their policies quite refreshing. However, I do recognise that I may be in the minority, as I have seen countless shares of videos from outside my own university’s election. Why? Because their spoofs are so good, they just have to win.

I’m not decrying artistic election campaigns. I’m not asking for these videos to be totally void of fun and become purely functional. I’m decrying campaigns that rely on the gimmick rather than the issues they hope to tackle should they win. How does your ability to take Journey’s Don’t Stop Believing and slightly change the lyrics make you the best candidate for the position? Does it reflect they type of candidate you will be? If not, why I am watching?

I’m not opposed to all parodies. Our very own editor shared with me a fantastic video from the LSESU elections, which spoofed Star Wars the Force Awakens. The hopeful candidates talked at length about the major issues that they hope to tackle over the year in a funny and memorable way. The commitment to costumes and props showed the level of dedication that students want from their SU.

I found this video to be the exception to the rule, as the parody format is quickly becoming dull and overused. Sometimes, they’re just quite awkward (I’m sorry). I’m not asking for these videos to have the same level of funding as the almost movie style shorts that come from US presidential candidates; I want quite the opposite actually. When I cast my vote, my first thought shouldn’t be what the quality of your video is. My first thought should be about your policies and your plans to change our SU for the better.

A little bit of auto-tune wouldn’t go a miss either.