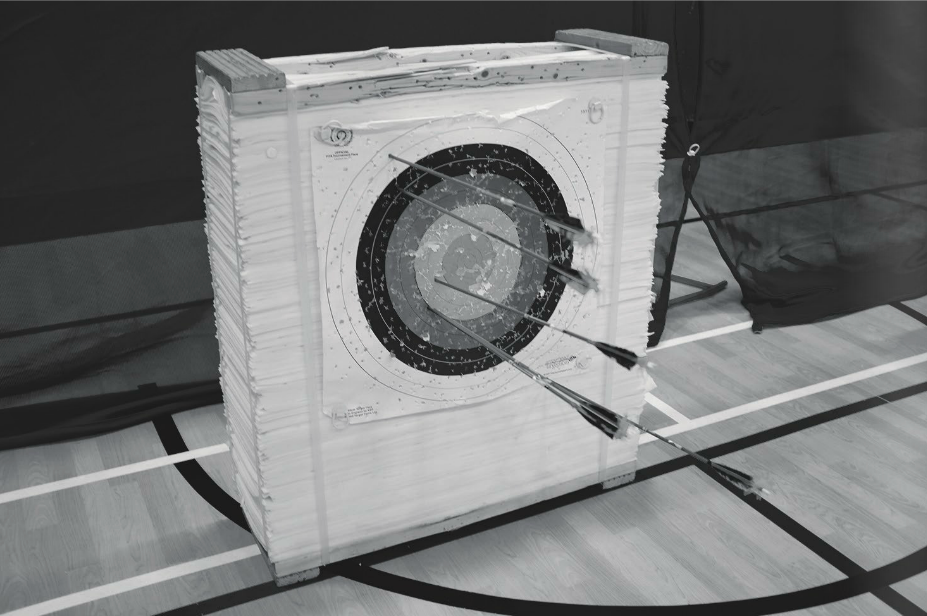 By Michael Barraclough on 2nd February 2016

Archery, the use of a bow to shoot arrows, has been around for many years. Some researchers say that people began practising it as long as 15,000 years ago. In the past, archery was used for hunting and warfare, but today it has become a sport popular for its fun as well as its function.

Competitive archery has various forms, but all have the same aim: to shoot arrows as close to the centre of a target as possible. In the Olympics, competitors aim from a distance of 70 metres, and rounds include a ranking round where overall scores determine the athletes’ rankings prior to head to head elimination.

The resurgence in recent years has come about partly because of the Olympics – Lord’s Cricket Ground was packed to the rafters- but ‘The Hunger Games’ has helped bring the sport to an even wider market. Katniss Everdeen, played by Jennifer Lawrence in the film adaptations of Suzanne Collins’ novels, is famed for using a bow and arrow and undoubtedly has introduced the sport to some people for the first time. Lawrence’s technique in the movies is wrong by all accounts – in the posters, she breaks one of the most basic rules: she puts her finger over the arrow. Firing in this position could rip a chunk out of her flesh. However, ‘The Hunger Games’ has still provided great publicity.

Obviously, there’s a lot more to archery than a mystical fight to the death- and that’s where QM Archers come in. Their aims can be boiled down to one simple phrase: to bring archery to the masses.

The sport remains quite a niche so it’s not always easy or cheap to take up, especially in London. The QM Archers have managed to make it accessible to all thanks to the clever way that their programme is structured. They recognised that their old location – a school in Newham – was problematic financially. Students had to pay an entry fee to the venue each session as well as travel costs, on top of their membership charges.

However, things have changed of late, meaning that anyone at QM can get involved. Successful negotiations by the previous committee have resulted in two weekly sessions now taking place in QMotion. They have two three-hour sessions in the facility (Tuesdays and Fridays, 09:00-12:00) and have managed to cut down associated costs; entry fees are no longer charged. Furthermore, they are planning on making their membership even better value for money by recruiting a coach, which will hopefully result in no further costs.

For only £25 per academic year (£15 for returning members, and £5 for alumni), students can get fully involved in archery on campus. All levels are welcome and there are no obstacles to participation as the club provide all the equipment. You can be as active as you like – recreational archers are welcome but for those who get a kick out of competing, that option is also available. The club compete in a number of university-level competitions including those organised by BUCS, and the South East Archery League and are always looking to test their skills against others.

Whether you see yourself as the next Robin Hood, or just fancy trying your hand at something you’ve never had the opportunity to do before, QM Archers will welcome you with open arms.