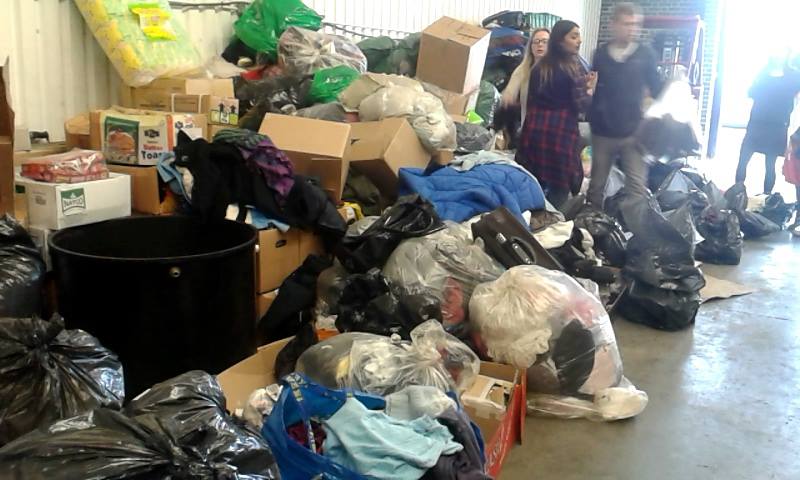 QM to Hold Open Days for Refugees and Asylum Seekers

By Rachel Muller-Heyndyk on 18th February 2016

Queen Mary has been praised for their decision to host a number of open days for refugees.  From 14th-19th February, volunteers from the law school will offer advice on urgent issues facing asylum seekers and their families, including health, housing, careers, and education.

The sessions have been designed offer information advice on the resources and opportunities available to refugees and asylum seekers, with question and answer sessions with experts in the field.

Head of Law Vasalis Mitsiligas said he is “delighted” to have been given the go-ahead for the initiative, and recognised the efforts of staff and students in their engagement with combating the crisis.

“Social justice is key to our identity and the law school has been contributing to the life of the local community for a number of years through our students pro-bono work and through the activities of the legal advice centre. The refugee open centre is a first class opportunity to reach out and help communities facing challenges in the UK.”

Organisers however, have admitted that there have been problems in raising awareness of the event.

PhD student Niovi Vavoula said “It is difficult to reach out directly to refugees and asylum seekers. We do not know for sure the extent to which our promotion actually reaches our target audience, particularly as we are going through middlemen.”

Vavoula explained that many refugees do not have access to the internet, making it difficult to find out about resources available. Finances are also an issue, with many unable to afford transportation to the event. She added that volunteers are attempting to find a way to reimburse refugees for travel but that organising this beforehand has proved difficult.

At present, approximately twenty-five people have registered their interest in each day. Vavloula said:

“I can only tell you our expectations. If we managed to have 30-50 people I would be happy! Our volunteers will continue going to specific places trying to find employees and refugees to promote the events.”

There are an estimated 59.5 million displaced people worldwide, 1 in 4 of whom are from Syria. The UNCHR has described the events as the “biggest tragedy of our century.”

Queen Mary is one thirty-four universities in the UK to be recognised by Student Action for Refugees for offering help to refugees through bursaries and scholarships.

The open days are the latest development in the university’s ‘Refugees Welcome Here’ campaign, which also saw the formation of Convoy to Calais at QM. The group collected and transported supplies to the French “jungle” earlier this year and continue to work for greater rights and acceptance of refugees.