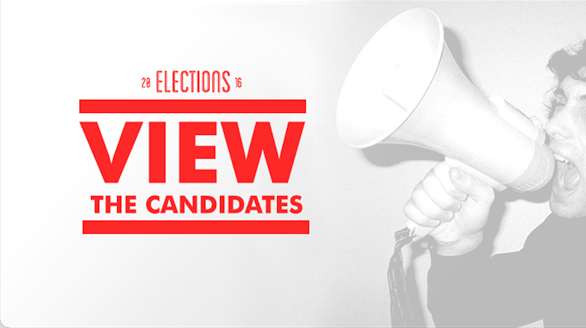 QM Elections: Why Don’t We Care?

Year after year the phrase ‘student engagement’ proves to be more than just another overused SU election buzzword, and with voter turnout in last year’s student elections reaching only 18%, a decrease from the 21% we saw in 2014, it’s not really hard to see why.

The majority of students at QM appear to be pretty disengaged with our Union; Muccis is probably busier on a Monday morning than last year’s Hustings was. Unless you’re an actively engaged SU election know-it-all, a student media whizz, or a candidate yourself, you probably cared more about Damn Daniel and his white vans than you did about ferociously quizzing potential candidates.

Speaking to students after the elections last year, we found it difficult to find any who could name or even recognise our then President, Dola Osilaja (except for one who said “Yeah I totally know him, he used to work in the village shop right?!”). Not quite the answer we were looking for but at least gives us some insight into the priorities of your average apathetic student.

The Print caught up with some of you to find out just why a lot of us don’t seem to care. Why do QMSU elections consistently fail to get participation from more than three quarters of the student body? Is the Union failing to connect with us, or will QM students always be more bothered about where they’re going to predrink before the next Hail Mary?

“It’s not that I don’t care, I’ve just never had anyone speak to me who I felt was going to make a change. It’s easier to think that the changes they’ll make just won’t affect you.  Maybe it’s just me, but I feel very dislocated from it all”.

This is also the case for History and Politics student, Amy Minski:

“It’s hard because I’m not really sure what they do. I would say there needs to be more awareness, but I do know that it’s happening, I just don’t know the people or what it’s about”.

“There just seems to be so many candidates and so many positions. Being presented with a massive spreadsheet of people isn’t helpful, as the average student isn’t going to sit down and find out what all the roles mean and what all the candidates want to do – they’re just names on a page.”

After last year’s elections, Lauren Cantillon, who ran for the position of VP Education, said that “people tend to forget about the SU until they want something specific for themselves or are complaining. Obviously that is a part of its role, but people need to see the positive power the SU can have. We need to be campaigning more publicly about more issues”

She also cited the effort candidates put into the SaveME campaign as an example of how engagement can, and should work: “campaigns are a great bonding tool. It’s about really building a relationship with students, not just saying the right buzzwords.”

This could highlight the circularity of student engagement problems; what if the few candidates who attempt to draw in disillusioned voters with promises to scrap exams and tackle university fees do nothing more than reaffirm the curse of apathy? Students don’t vote because they either think that idyllic and unreachable policies will never materialise, or they don’t believe the decisions that the Union make affect them.

Yet if the average disinterested student does all they can to play dodge-the-campaigner every time they have to cross library square, it is clear why some candidates see appealing to societies as a more effective way of gaining votes. If societal endorsements decided behind closed doors have become a key part of campaigning for many candidates, even less is done to engage the average voter and the apparent circle of apathy is complete.

Politics student Jon Mendelsohn, all too familiar with discussing the disillusionment and disinterest that plague national politics, said:

“It’s just a mediocre popularity contest with people promising things that can’t be achieved; why vote when you don’t see any results or see the lives of students getting better? There’s also a more general distrust of politicians that permeates through to student elections. People see candidates as running just for their own gain with a put-it-on-the-CV attitude.”

With only 43% of 18-24 year olds voting in the 2015 general elections, students do seem to be missing some enthusiasm for all things election related. Other Unions also struggle to get students to vote. Loughborough Students Union, often hailed by other unis for delivering a solid turnout, managed only 44% last year, and Leeds University Union saw just 28.5%; higher than your typical QMSU election, but not really voting figures that Simon Cowell would brag about.

Perhaps then, it is important we have something to vote for (Russell Brand reference not intentional and already regretted) with better lines of communication between the union and the student population. Greater ability to highlight the merits and pitfalls of SU politics might help more of us see the benefits of greater participation.

Information on candidates and voting can be found here.