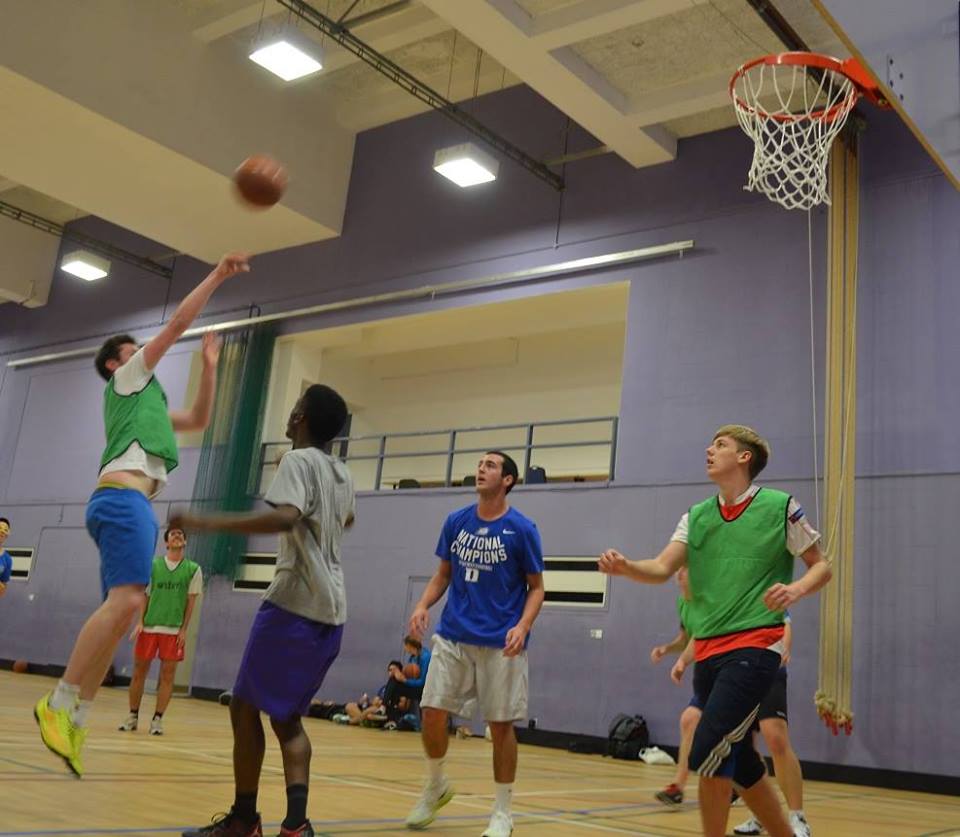 Football in the Community

By Michael Barraclough on 17th February 2016

Free football sessions are now available to those who want to play the beautiful game without the commitment of joining a club or league.
Football is probably England’s national sport. Let’s face it, it’s almost impossible to escape – it’s on TV most of the time, plastered across the newspapers, the topic of many pub conversations and if you head down to your local park, you’re pretty much guaranteed to see groups of people playing it.

One of the best things about the sport is that you can be as competitive or casual about it as you want – and not just in a Robbie Savage or Dimitar Berbatov sense! In that regard, everyone’s needs are catered for at QM.

Drapers shows the big games now, the football teams are going from strength to strength, the Get Active leagues continue to be competitive and well attended and now a new opportunity has come about for people who love the beautiful game but don’t have the time or inclination to get involved with regular competition.

Funded by the national FA & Sportivate, and in partnership with the London FA and West Ham United Foundation, QMSU Community Sport will be delivering free community football sessions to anyone aged 16-25, regardless of ability, gender or experience.

West Ham United Foundation coaches will be delivering weekly coaching sessions to anyone aged 16-25. Again, the sessions are entirely free and no prior registration is needed. The sessions will focus on increasing participation in football through structured, engaging practices that will allow players to enjoy playing football whilst improving their technical abilities.

These sessions take place between 16:00-17:00 on Tuesdays and Fridays at Stepney Green AstroTurf. You don’t need to pre-book, it is a turn up and play event. However, you will need to arrive early to complete some paperwork ahead of your first class before you get up and running.