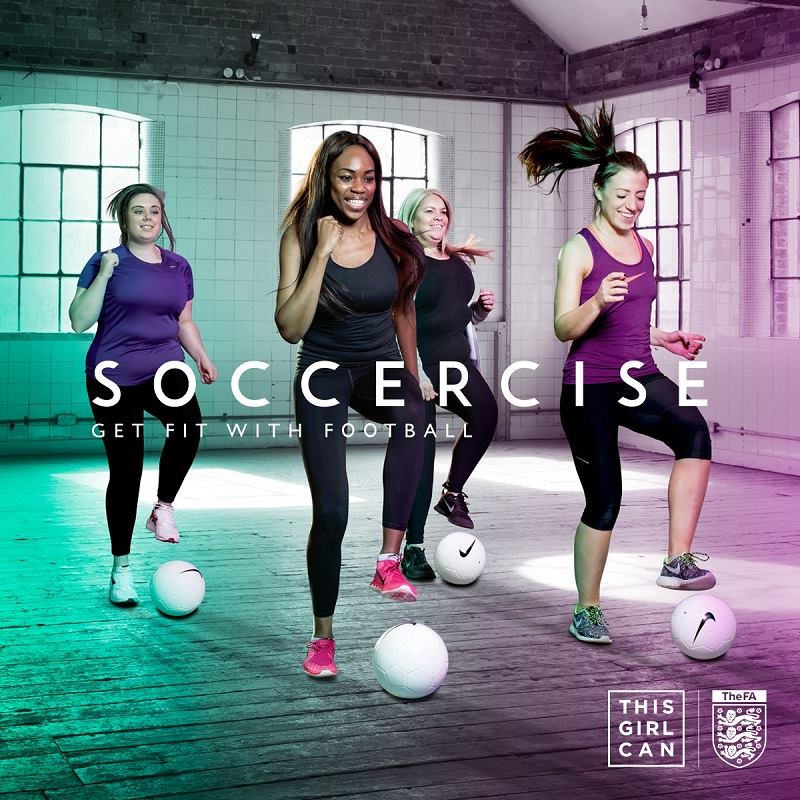 By Michael Barraclough on 10th February 2016

Soccercise – Get Fit Through Football

Women’s football went from strength to strength in England during 2015. A hugely successful World Cup campaign, which saw the Three Lionesses upset the odds to finish third in Canada, was followed by the biggest and best WSL campaign to date.

The QM team have also enjoyed a successful start to the 2015/16 campaign. They top the BUCS Football 2015-2016 – South Eastern 2B table, having won all five of their games including a 15-0 rout of Brunel.

However, not everyone wants to get involved with competitive games, for various reasons – that’s where QMSU Community Sport, in partnership with GetActive and funded by the FA, steps in.

Weekly Soccercise sessions will be offered from mid-January. Soccercise is a fantastic new football-related fitness class from the FA, aiming to get more girls and women into football. The class encompasses a number of traditional fitness exercises, such as sit-ups, lunges and squats with footballing equipment, as well as football-specific skills such as heading and passing. Soccercise is a great way to improve your fitness through football and it is perfect for female students who are interested in getting into football without being in a competitive environment.

Sessions will take place weekly in QMotion on Thursdays between 12:00-13:00 and cost £2.20 to attend. The classes are supported by both the FA and the This Girl Can campaign, so bring your friends along and improve your fitness through football!