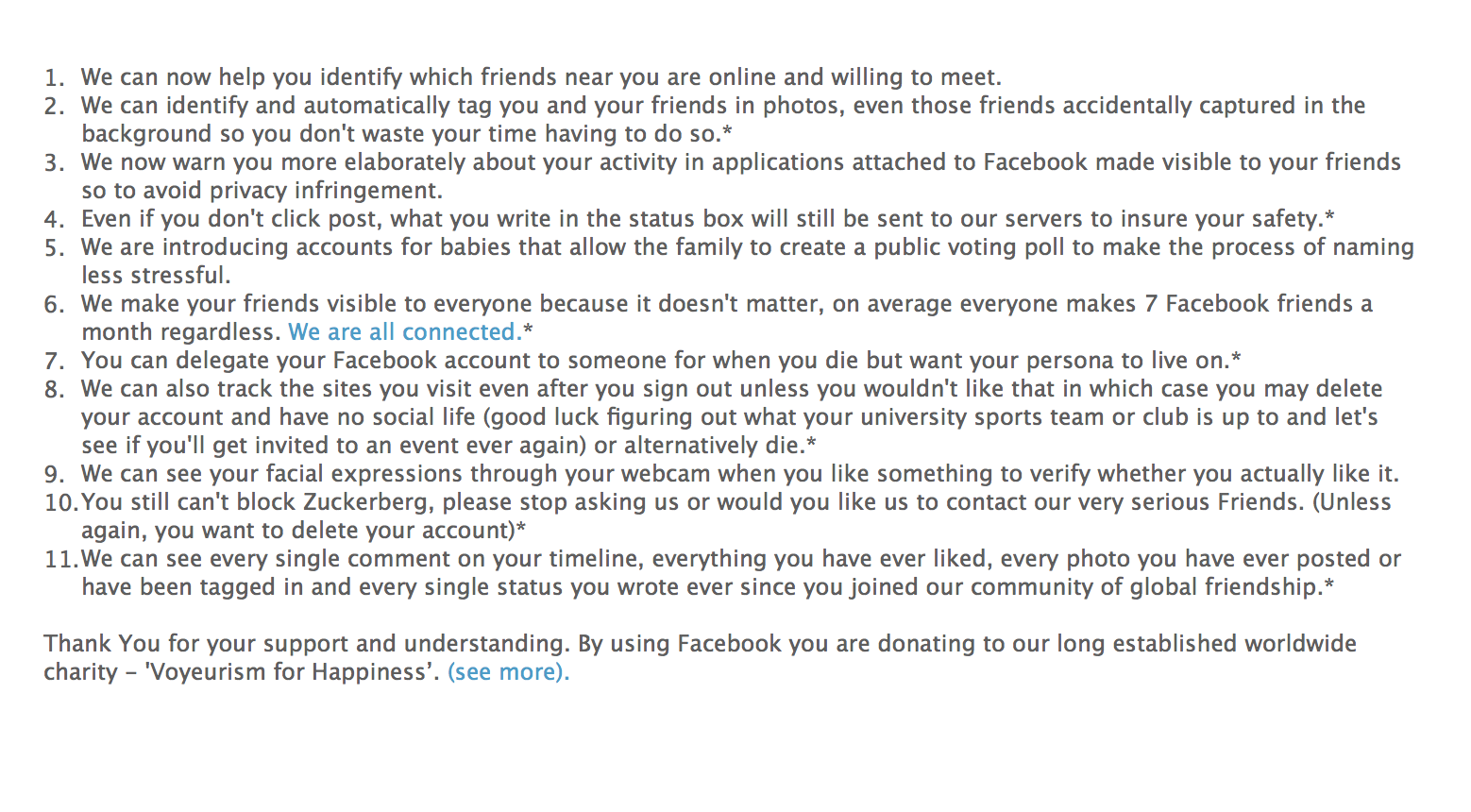 I have been battling Social Media Reversion (the act of leaving social media and then returning) for years. Recently however, I understood the importance of 1.49 billion monthly active users and 4.5 billion likes generated daily when I came across the new Facebook update.

Voyeurism is not necessarily a bad thing and having Facebook look after me when I think of posting a distraught status but don’t or get confused with choosing my child’s name is exactly what I mean when I say that Facebook is a positive addiction (I mean come on in many places cannabis is legal so why confront such a harmless addiction as social media). People NEED Facebook and people LOVE it (hence the creation of 5 new profiles every second, take that). Here’s to ripping up my psychiatrist’s overpriced bill and here’s to a new life of pride in social media.