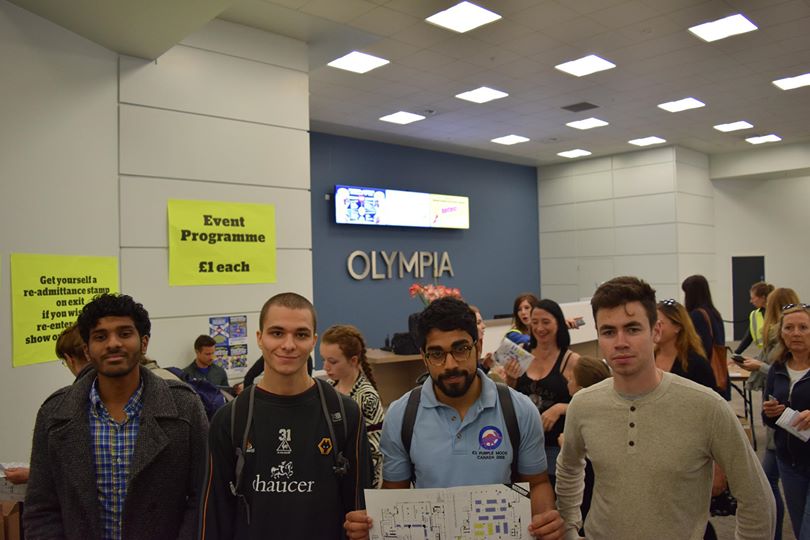 By Dev Singhvi on 7th January 2016
The BLQM Vegetarian & Vegan society takes us on a journey around one of the biggest festivals of the year
A festival to celebrate healthy living, compassionate living, environmentally friendly living, and dare I say low-karma living: VegFestUK London 2015 is one of Europe’s keynote vegan lifestyle festivals. Following two highly successful shows at Olympia West, visited nearly 20,000 visitors, VegFestUK moved to Olympia Central on October 10th and 11th 2015. This year show attracted around 12,000 visitors.

The event consists of over 200 stalls on food, charities, clothing, cosmetics, kitchen utensils and more. Guest speakers cover a range of topics including health and nutrition, cooking demonstrations and activism and documentaries such as “Cowspiracy – the sustainability secret” and more are screened. In summary, a lot of stalls, speakers, and films to educate you on the impact dietary choices have, and how easy and simple it is to live a plant-based lifestyle. #winning

This year marked the first time the festival had guest speakers on nutrition and health, including one of the authors of the European Prospective Investigation into Cancer and Nutrition (EPIC), an Oxford study with a prospective cohort of 65,000 men and women living in the UK, many of whom are vegetarian. The main objective of the study is to examine how diet influences the risk of cancer, particularly those types most common in Britain, as well as other chronic diseases. The study began in 1993 and since then a great deal of important research has been published from EPIC-Oxford and its collaboration with other EPIC centres in Europe. The results were supportive of a vegan over  omnivorous diet for all cause cancer mortality. Causes for concern to vegans included a lower marriage rate, lower calcium intake and lower vitamin B12 intake. The good news being that these concerns can be easily addressed! #EPIC

A vegan diet contains all foods that are not from animals, including vegetables, fruits, grains, nuts etc. NHS choices is supportive of a vegan diet, and states that “you should be able to get most of the nutrients you need from eating a varied and balanced vegan diet.” Many athletes take up a plant-based diet due to the benefits. In fact, there is accumulating evidence that animal products are unhealthy. Patrik Baboumian, Vegan German Strong Man, was present at the event and happy to have his photo taken! #veganbadass

VegFest also had Vegan Sidekick, a popular and fast growing FB and Instagrammer who creates cartoons to educate, humour and criticise injustice, inequalities and violence in the meat, eggs and dairy industry.

Maybe you have considered yourself to be an animal lover, but have you ever stopped to think twice about paying someone else to enslave, torture and slaughter animals for the pleasure of eating meat, dairy and eggs? VegFest is a festival celebrating a lifestyle that is void of unnecessary harm to our animal friends, our planet and our bodies. If you would like to know more about vegetarian or veganism please come to our societal events!