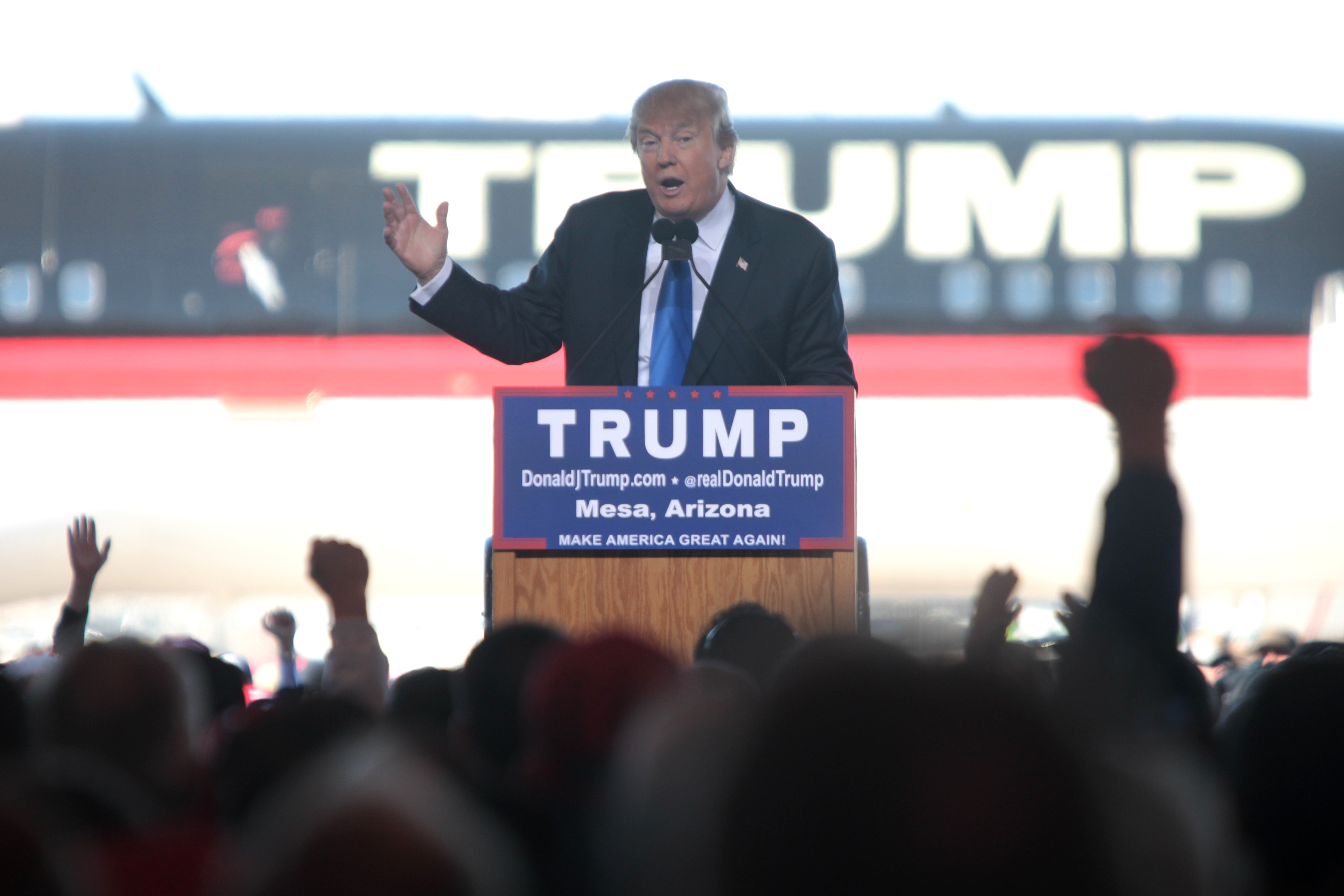 Trump (not) for President

How is the outrageous Donald Trump doing so well in US election polls?

I think all Brits can agree that Donald Trump should not become President of the United States. Many Americans also take this view, but this has not affected his impressive performance in the polls.

So, just how would Trump make America great again? When reading his rather Charlie Sheen circa 2011-esque tweets or listening to his parts in debates and conferences, it’s hard to pick out any solid policy he wants to make law. It’s clear that he is a reactionary campaigner, jumping on any bandwagon that crosses his path. This ranges from the slanderous; in quoting a fan claiming if Hillary Clinton can’t satisfy her husband she can’t satisfy her country, to the offensive; such as claiming fellow candidate Carly Fiorina could not be president due to her looks – something we can all agree would never have been said by Trump about a man.

Rather than being a yes-man, he is the no-man of US politics. A candidate taking strong definitive stances against other people or events during a campaign is nothing new, but it seems this is the entire basis of Trump’s campaign. So what does he actually want?

Other than the infamous ‘big and beautiful’ wall he believes should line all of America’s borders, and obsessing over gun control, Trump has given very few plans of his own. His red, white and blue themed website has a remarkably thin ‘proposals’ section. Other than the need to protect and strengthen that glorious 2nd amendment – as if more guns will equal less death – Trump just doesn’t actually have that many proposals. During debates he spends his time mostly listing what is wrong with his competition, and the closest he comes to making concrete plans is mentioning how much money he has made – as if that is the only qualification needed for becoming president.

Despite all these things, he is doing incredibly well. He is, amazingly, on top of all the Republican polls.

So what do all these Americans like about this man? One Republican named Johnson told CNN he likes Trump because he isn’t a politician who ‘sugarcoats’ things, making him more honest (because businessmen are famous for their honesty).

Another voter, Susan DeLemus, claims she feels he is telling the truth because his statements are sometimes shocking, meaning that he must be saying what he is really thinking. The two voters also said that some of his outlandish statements, such as saying Mexican immigrants are rapists and drug dealers, are to draw attention or for entertainment. Which apparently makes them okay?

His views on immigration are frightening: in the September CNN debates Trump stated that many immigrants should be deported and the ‘great ones will come back’ if they ‘earn it.’ But again, was this an idea he honestly believes in or is it another way of attacking Jeb Bush, who is married to a Mexican woman and once said Mexicans crossing the border do so as an act of love – something Trump will never let Bush live down.

Republican primaries begin in March 2016, and all we can do in the meantime is hope that America sees through this transparently inadequate candidate.