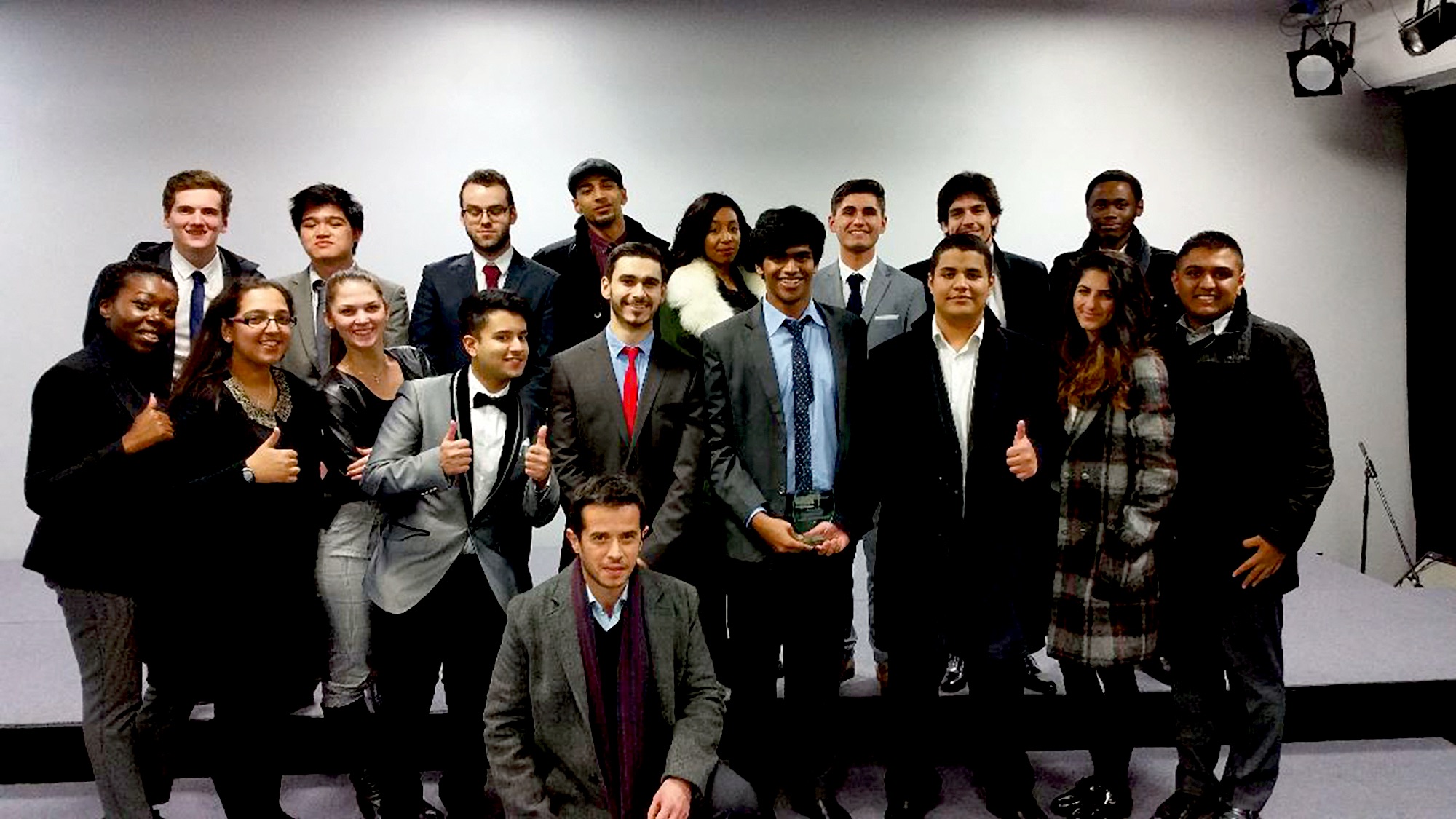 First year SEB (Software Engineering for Business) students Bassem Boulfarkat and Sanjeev Ponnapula, went home with the 1st place prize of £500 for their solution to the question: ‘How would you improve your city with software?’. Their idea was to tackle the problem of sound pollution in big cities, and they impressed judges who said that their idea was “mind blowing!”.

ITMB (Information Technology Management for Business) students Shawal Atarid, Ryan Clifford and Yasmin Martin won 2nd place in the competition, winning £300 for their solution to the question: ‘How would you use Artificial Intelligence in the business world?’.

“Our solution looked at using artificial intelligence to predict, advise and continually adapt to supply and demand in the healthcare industry”, said Ryan. The purpose behind their idea was to minimise waste, as “every year more than 1 trillion healthcare products are wasted, thus leading to a lot of inefficiency”, said Shawal.

Queen Mary has now won a total of 12 prizes from 5 events (ITMB and SEB), which is a great achievement for a university which is new to the Tech Partnership.

The Tech Partnership is a collection of employers who inspire and assist students to work in technology. The students were judged by representatives from major companies including IBM, KPMG and HP. Shawal says that the competition was a “great opportunity to network”. Through these events, he and other students have secured internships with several companies including the Bank of England.

Shawal and Ryan, both now in their final year, are eager to pass on their experiences to aid other students. Ryan said, “my personal focus now is to look at helping the first year ITMB and SEB students at these events, since they will be carrying on the torch, so to speak, when I graduate this year”.

The students have high ambitions for their future careers in tech. Shawal aims to be able to “utilise smart technology to help third world nations.” With the knowledge and skills that he has gained throughout his degree, he says he is confident in achieving this aim. After interning at other major banks, Ryan is now working with Barclays as this allows him to have a more client-facing role. Both students feel that their degrees have given them the relevant skills and networks they need to be able to reach their future goals.

Congratulations to all students who took part and to their supporting staff! Good luck for the future and we look forward to seeing more great things from you all.