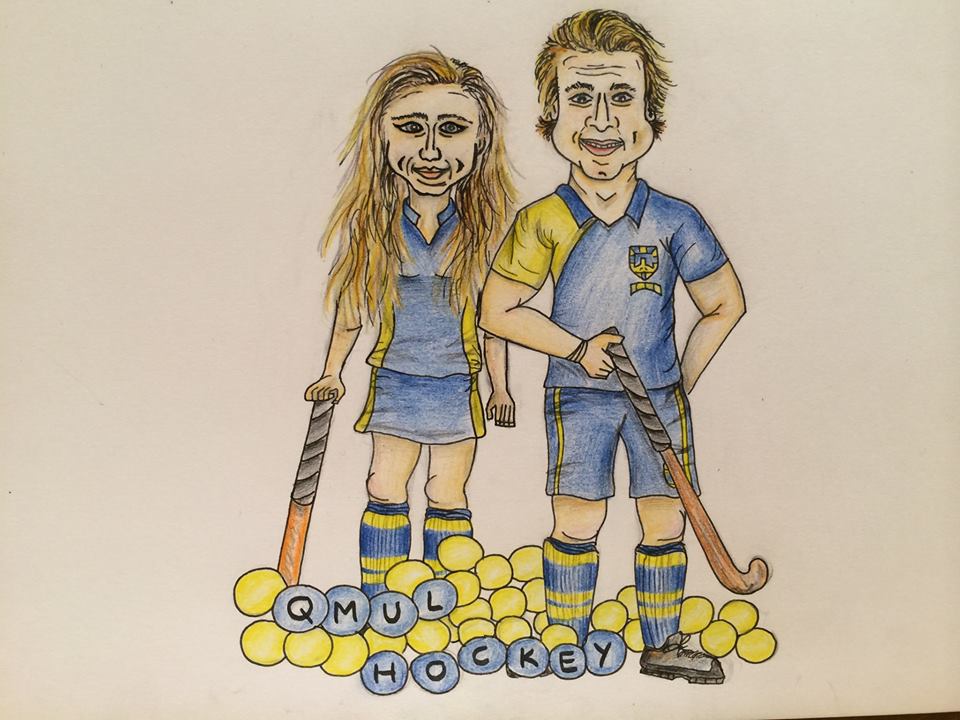 With Merger Cup just a few months away, The Print is getting to know a number of keen members of sports clubs at Queen Mary

Another year has come to an end and Club Sport members can look back on an eventful 2015. There was success, heartbreak and lots of laughter for many of the sides but the season isn’t over yet. There are numerous games still to be played, with the campaign culminating in the all-important Merger Cup.

Ahead of the resumption of competitive fixtures, QM Hockey’s Katie Campbell reminisces about her favourite memories of the academic year to date, talks about her love for the game and explains the workings of a club social in an exclusive interview.

Q: What made you join hockey?

Katie Campbell: I’ve always played hockey ever since I was little, but the only year I didn’t play was last year and I missed playing so much! Also, some of the third year students last year told me about how great the hockey club was and persuaded me to join this year, and I’m so glad I did.

What is your preferred position?

Campbell: Centre-midfield. I just love running and I can pretty much run anywhere on the pitch in that position. It’s fun to both defend and attack, which I can do as a centre-mid.

What is the best aspect about hockey?

Campbell: I really love everything about it. Matches are great fun, the team works really hard and it’s great to have competition. The whole hockey club was really welcoming, they’re so friendly and super fun to spend time with, so when it comes to socials you know you’re going to have an awesome time. I also love that it’s a mixed club; it gives the club a great dynamic.

What sorts of things do the socials entail?

Campbell: All sorts of things. The usual social starts with us in the New Globe and ends up with us in Drapers, so if you don’t already love Drapers you will after being part of hockey. This is always really amusing; you get to play a load of drinking games and dance the night away, with the occasional spur of karaoke. There have been many other great socials though. My favourite was definitely the club curry! Delicious food and the chance to dress up all fancy, it’s one of the biggest socials so it’s a great chance to catch up with everyone. The night led to us going to Bounce, where the competitive side of the players came out in some intense games of table tennis. There have been quite a few girls-only socials at the social sec’s flat, which is a great way to get to know the girls. Pizza, wine and games make for a very enjoyable night.

What is your most memorable experience of QMHC so far?

Campbell: There have been so many fun and hilarious things happen, but there’s probably two that stand out. The first was after a mixed hockey match. We were all wandering through some fields in the pitch black trying to find the train station, when we came across two huge trampolines. So we immediately dropped our stuff and ran to them, about 5 seconds of jumping on them and they just collapsed, now we realise why they were just left outside… but it was fun while it lasted! The second is definitely the Christmas mixed hockey match against Barts. Everyone dressed up all Christmassy (I decided to go for a Christmas tree) and it was just a very eventful day. Trying to play with one hand on the stick whilst drinking made it a very interesting game, one that ended up in us playing Quidditch with a football in the second half. Definitely a memorable experience!

Would you recommend hockey to people that have played hockey before as well as those who haven’t?

Campbell: Definitely! You won’t regret joining, the hockey team is welcoming to anyone and you have the chance to improve your hockey skills no matter how good you are. You will get to play matches and experience some really fun socials with a bunch of awesome people.