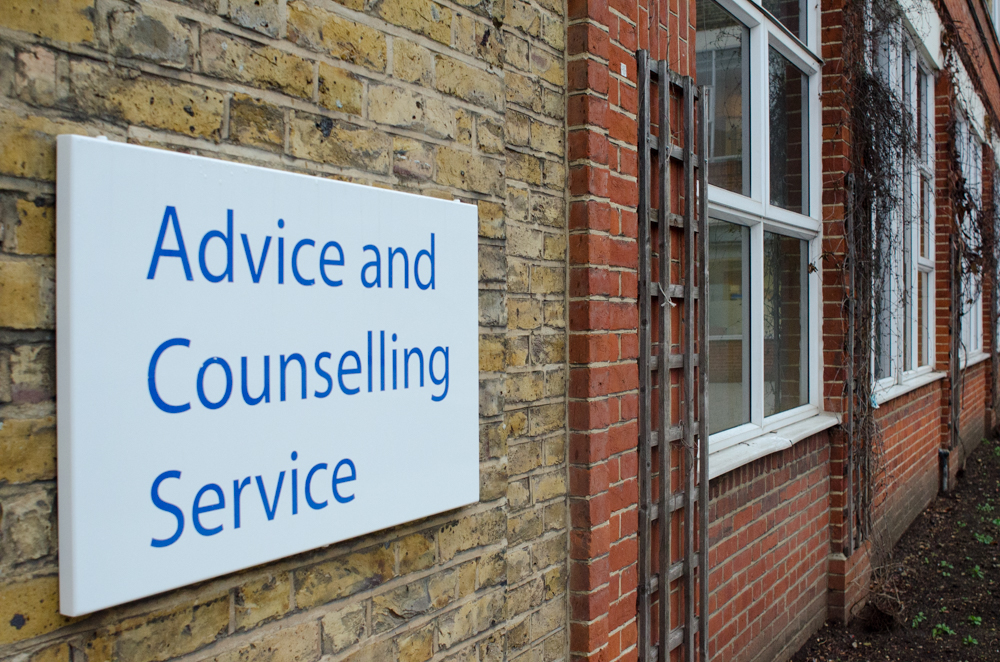 In the wake of statistics concerning support for students with mental health issues, The Print speaks exclusively to students regarding their experiences of Queen Mary’s counselling service

Like many other universities, QM offers its own counselling service that “offers a free and confidential service to all Queen Mary students, including those from Bart’s and The London, QM’s School of Medicine and Dentistry.”

‘Queen Mary Advice and Counselling Service’, situated in Geography Square on Mile End campus, offer students both welfare support, such as financial advice, and emotional wellbeing support in the form of counselling.

Not all students who come to counselling have diagnosed mental health issues, and a variety of students may be offered counselling for relationship issues, such as anxiety problems, panic, depression, sexuality, identity issues, exam stress, cultural issues, self-harm and family problems.

Latest figures from the NUS have suggested that 78 per cent of students felt that they experienced mental health issues in a given year, and according to its website, Queen Mary’s Advice and Counselling Service is ranked 1st in the Russell group and 1st in London by its students.

Some students have highlighted what they feel were problems with communication between staff providing the service. A third year Queen Mary student said:

“The initial session was good, but the gap between the first and second session was extremely long, and left me feeling anxious about whether or not I was ‘recovering properly’, and if I had been forgotten.

‘The original counsellor never got back to me after this [referral for therapy], and neither did the second one. I feel like the counsellors didn’t communicate properly, with each other or with me, and the experience in general left me feeling confused and feeling like I hadn’t been listened to or taken seriously.”

Recognising that she was suffering from grief anxiety following the death of a friend, this individual had approached the service earlier this year. Counsellors offered Cognitive Behavioural Therapy (CBT); a talking therapy that prompts sufferers of mental illness to consider the way they act in order to change how they respond and behave.

In some circumstances the service organises workshops or psycho-educational groups and offers bibliotherapy. ‘Bibliotherapy’, which is often combined with other types of therapy, involves reading books designed to help address and combat psychological and emotional issues.

Acquiring a counselling session also seems to have been an issue for many students who contacted The Print with their concerns over the service. We were told that: “In advance bookings are like gold dust and the walk in bookings are a horrible ordeal – not what mentally and emotionally vulnerable people should have to deal with.”

Another said that the main reason they stopped using the counselling service was “the time [they] had to wait. If people are depending on their support, there needs to be more of it, more consistently”.

Government legislation, under the Equality Act 2010, sets out clear responsibilities for universities to support students, including those with mental health conditions. It is however up to each Higher Education Institute to determine how they will provide this care.

One student was told by the counselling service to seek NHS treatment, but believes her experience with them was “almost as bad”.

Waiting lists for counselling at Queen Mary are typically shorter than NHS waiting lists for similar services, where individuals can expect to wait for up to 2 years for treatment. With cuts to NHS funding, many services are under an enormous strain, facing a lack of both resources and staff which undoubtedly impacts their ability to provide for mentally ill students.

Miranda Black, Vice President for Welfare at Queen Mart Students’ Union, told us that “currently, Advice and Counselling have to organise limited sessions with students because we have more students using the service and coming into the university each year, but there has been no increase in funding.”

She continued to say that she “would love to see the service receive more funding, especially when the NHS health services have been cut.”

QM’s Advice and Counselling service have stated that they delivered 298 more appointments in the last academic year than they did the year before that, as well as seeing 151 more students.

Head of Advice and Counselling at QMUL, Laura SeQueira, said:

“We are very sorry to hear that a few students are unhappy with the service. We would encourage anyone who has been dissatisfied to tell us about this through our complaints procedure (welfare@qmul.ac.uk) so that we can address the issues specific to their situation. We have received no complaints under this procedure for at least the past three years, in fact recent feedback from the autumn term shows that 85 per cent of students would recommend our service to a friend.”

Luciana Berger, who has recently been appointed Britain’s first Shadow Minister for Mental Health by Labour leader Jeremy Corbyn, has spoken out against the dismay of university counselling services and mental healthcare provisions for young people. Speaking to The Guardian in November 2015, Luciana said: “Time and time again young people are getting services too late.”

Whilst many perceive that universities are getting better at responding to mental health problems, it is likely that a demand to improve student mental health services across the country will only increase. Our very own upcoming QMSU student elections may well see many candidates prioritising mental health.