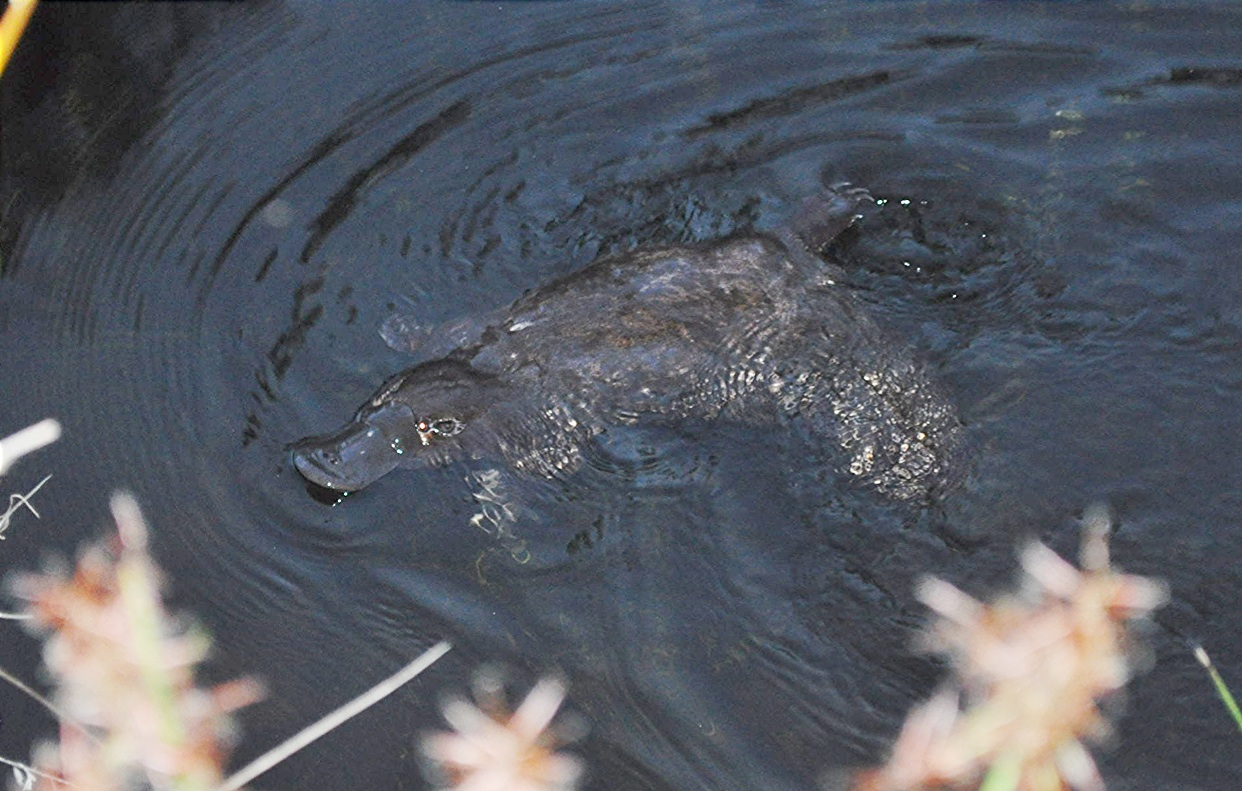 The platypus, a mammalian oddity, produces venom toxins characteristic of reptiles in a surprising case of convergent evolution

The platypus has long held the title of being one of the strangest looking animals that nature has to offer. With its duck-like bill, beaver-like tail and otter-like body, it looks more like a jigsaw of several species. It’s part of an order of egg-laying mammals known as the Monotremes, the earliest group to branch away from the main mammalian lineage, a little over 166 million years ago. Recent research, however, has highlighted the evolutionary relationship between the platypus and reptiles. Of all the platypus’ obscure features, perhaps the most fascinating- and the one that hints at a relation to reptiles- is its ability to produce venom.

Although envenomation-by-platypus is relatively rare in humans, there have been a few isolated incidents. While not lethal in humans, the venom can cause immediate and severe pain that cannot be treated by strong painkillers. Other reported effects on the body include nausea, cold sweats, gastric pain and lymph-node swelling. In some cases, pain at the site of injury can last up to several weeks.

Despite the similarities between toxins in platypus venom and reptilian venom, the functions are strikingly different. Platypus venom is only produced in adult males, who use it to defend their territory from other males, and it is only produced during the breeding season. In contrast, snakes use their venom to kill prey and help with digestion year-round. The fact that snakes and platypuses produce many of the same types of venom suggests a remarkable example of convergent evolution, where the same traits develop independently in different evolutionary lineages.

The venom of these species may contain similar toxins because there are limited numbers of non-venomous proteins in nature that have the right structure to become venoms. However, the researchers do note some differences between some of the toxins’ structures. Small deviations from a main toxin scaffold could have evolved to create new biological functions, which may have been required given the different use of each species’ venom.

There is great interest in researching platypus toxin genes because novel toxin structures can be used in pharmaceutical drug design and development (as their toxins naturally target mammals, such as humans). Having evolved independently for such a long time though, any functional genes identified may unlock further unexpected evolutionary mysteries.