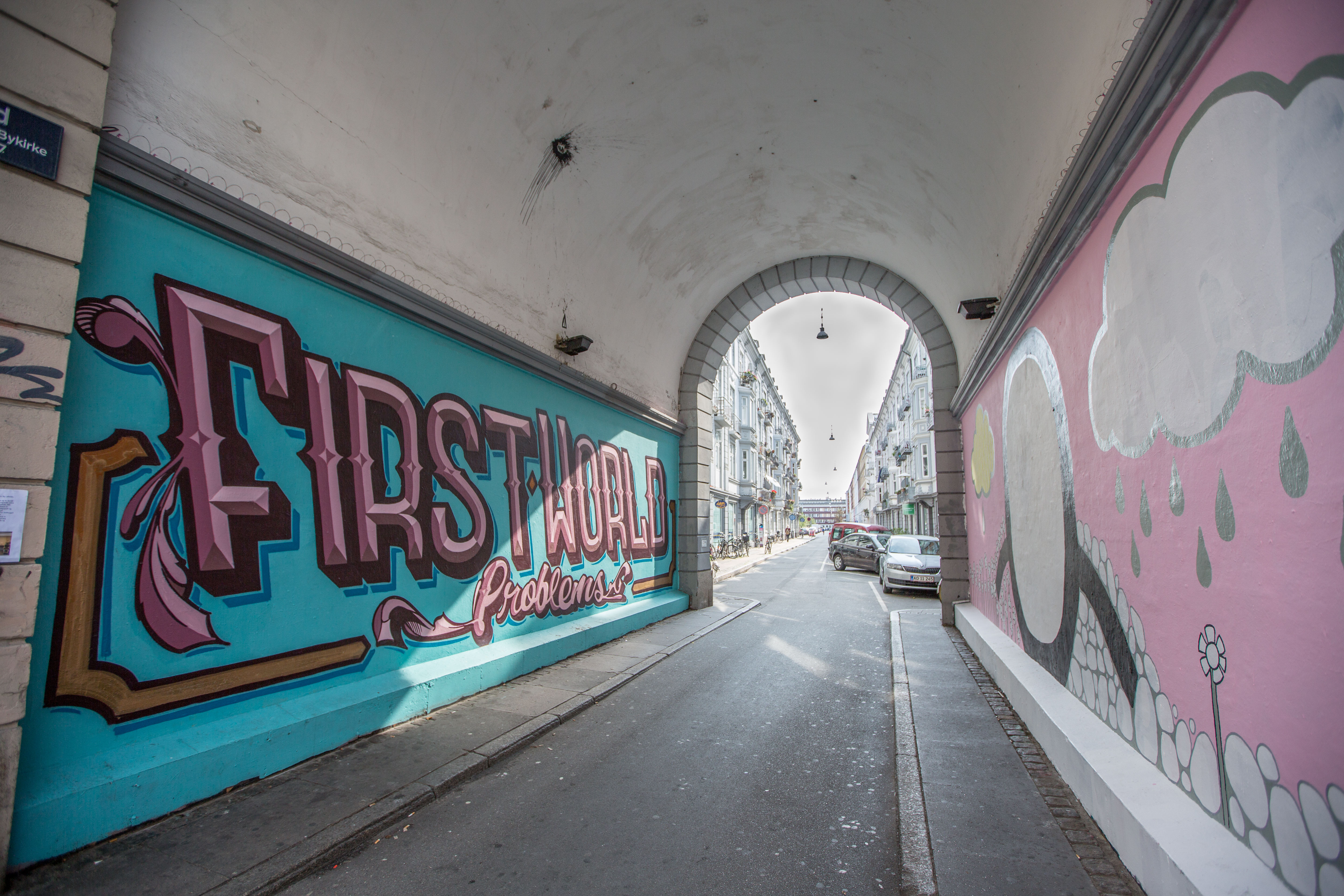 By Becky Crawford on 6th January 2016

Are our attempts to appear grateful culturally insensitive?

“Isn’t it just the worst when you have to watch Netflix on your iPhone instead of your laptop because the Wi-Fi isn’t working. It just makes life so hard.” Said a friend the other day, and we all groaned in agreement. This sparked someone to pipe up with the common response: “#firstworldproblems, am I right?”

This alleviated the negativity, stopped the complaining and gave us all a giggle as we realised how fortunate we were to have experienced this problem, and we spared a quick thought to those less fortunate than us around the globe.

But, when the archaic term ‘third world countries’ has been banned from Geography classrooms for decades, why is deeming ourselves ‘first world’ such an acceptable colloquialism? Most of us would agree that we have a lot to be grateful for, but it seems a shame that this gratefulness can only come from feeling pity for those who lack our relative material wealth instead of being able to be content with what we have, irrespective of others.

The terms ‘first world’ and ‘third world’ come from the Cold War era, when the world was roughly divided into three divisions: NATO, the Communist Bloc and the seemingly unimportant ‘third world’. However, when these terms are used in modern settings it conjures images of rank, of some nations achieving the status of ‘first’, and of other, often less developed nations, lagging behind in ‘third’ position. It makes sense then, for this terminology to be scrapped in favour of more accurate and politically correct grading systems.

So why is it acceptable to describe ourselves as belonging to the ‘first world’ so casually?

Furthermore, where our countries lie on the scale of development says almost nothing about the material wealth of individuals. London is one of the most economically developed cities in the world, and yet, in Tower Hamlets especially, there are plenty of people for whom laptops, iPhones and Netflix are out of their financial reach. When we are claiming to suffer from a ‘first world problem’ perhaps what we really mean is we are suffering from a ‘middle-class problem’.

Equally, there are many who live in nations that would be deemed as less economically developed, who get just as annoyed when they can’t find their phone charger as they’re about to walk out the door, or when their selfie isn’t as on point as yesterday, as anyone living in the supposed ‘first world’.

The hashtag, ‘firstworldproblems’, unwittingly paints a picture of the developing world that is less than complimentary, or even accurate. The underlying assumption is that every individual in every developing country sits around in anguish all day long, worrying about starvation. Of course the reality is that many people are facing huge problems in their lives, but this is not dictated by where they live. The big issues are no less severe depending on whether you have jam in the fridge or not.

I petition that we change the culturally insensitive ‘#firstworldproblems’ to the more suitable ‘#begratefulforwhatyouhave’.