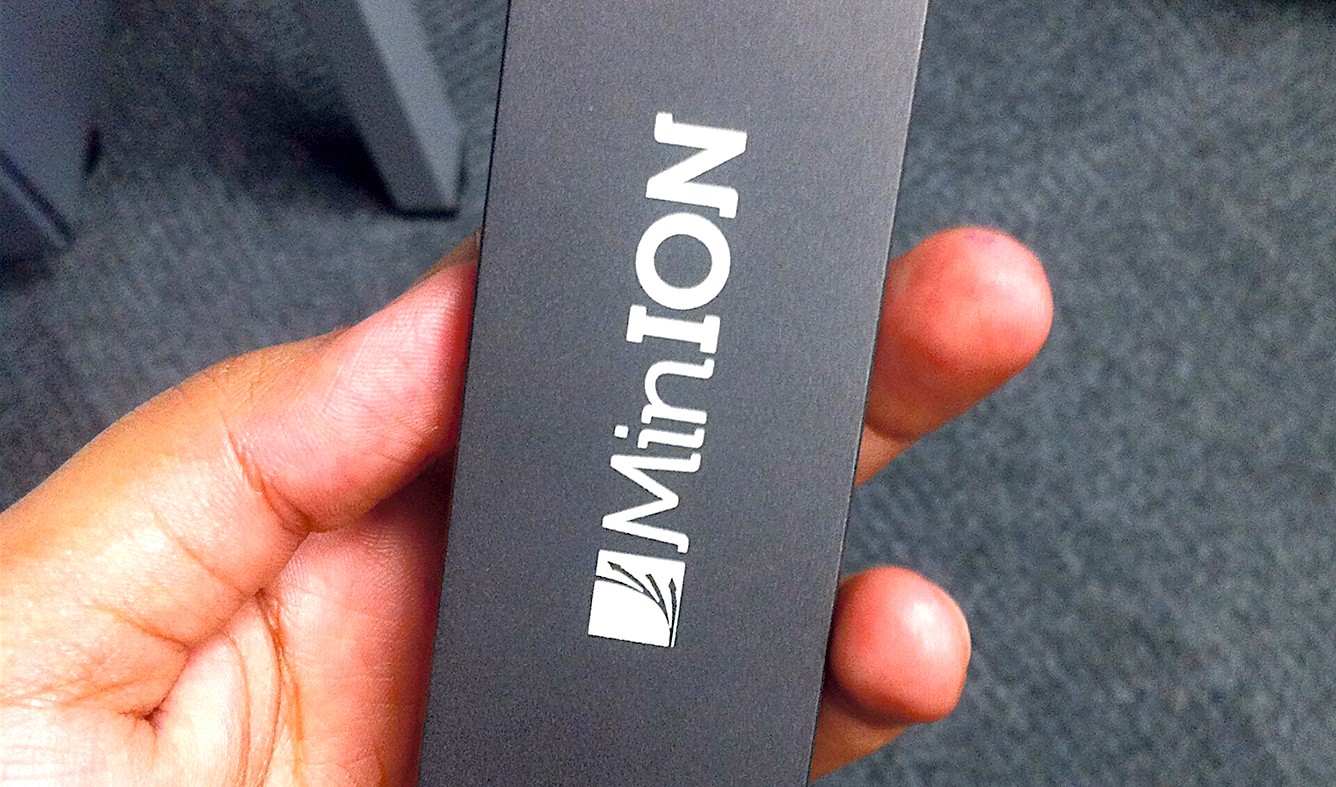 In a world where most gene sequencers are the size of half a car, the Min-ION sequencer fits in into the palm of your hand; The Print interviewed Dr. Stolle, a post-doc who is testing it out on ant genomes

Dr. Eckart Stolle, a Marie Curie post-doctoral researcher at Dr Wurm’s lab, received the Min-ION sequencers as part of an early-access programme. The sequencers have been developed by Oxford Nanopore Technologies (ONT). Stolle told us that:

“Currently, we are using them to sequence the genome of the fire ant (Solenopsis invicta) which is relatively small (about 500 million base-pairs) compared to the human genome (about 3 billion base-pairs).”

The researchers are trying to generate sequencing reads to fill gaps in the draft genome assembly they already have.

The Min-ION, like every other gene sequencer, is used to work out the order of every single DNA base ‘letter’ (A, T, C or G) in the complete set of DNA in an organism: its genome. What sets the Min-ION apart from other sequencers is its small size and its ability to generate long-reads in real-time.

According to Stolle, “You can run it on a laptop. Since all the machinery is inside the Min-ION, and it has a USB port, you just need to plug it into a laptop with high storage capacity and a fast connection to the device.”

The data that is generated is sent to the cloud computing server of Oxford Nanopore, which sends back a FAST5 file. This process takes mere hours, a welcome feature of this real-time gene sequencing. Once you have the data, you can use the specialist software to make the analyses that you need to answer your question.

Min-ION sequencers were enlisted to help tackle the Ebola virus. Strains of the virus were sequenced rapidly and this information was used in the development of therapies for Ebola patients.

Stolle suggest that “you could set up a field lab, especially in places like Africa where you don’t have high tech centres and the supply lines are so long that it takes forever to do this type of research.”

One limitation of the Min-ION is its high error rate compared to other gene sequencing techniques like Illumina and PacBio. Stolle believes that the nature of these errors is not well understood, for example, it is not known whether these errors are random or systematic: “If the errors were random, then we could increase coverage and that would eliminate the errors.”

The DNA sample is cut up and prepared before loading it into a well inside the flow cell (inner disk). The sample preparation has sometimes proven technically challenging, however, this early-access program takes on the feedback of the researchers and uses this to constantly make improvements to the Min-ION. Many improvements have been made to analysis software, sequencing protocols and preparation protocols. Soon we will probably also see improvements to some hardware components, such as the flowcell: “If they continue to improve it then this could be great technology.”

ONT might soon be able to sequence the human genome at the same cost of Illumina (about $1000), with Stolle believes “would be quite something. Even if the error rates were high, this would still be useful because of the long reads.”