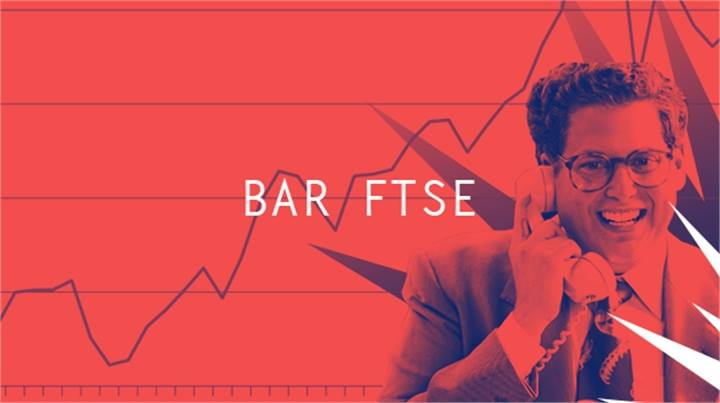 Bar FTSE, the last Freshers event at Drapers, imitates the stock market as food and drink prices rise and fall according to demand

Neo-liberal capitalism was, apparently, the ‘only’ fitting way to end Freshers 2015. And why not?  It has only caused an irreversible wealth divide perpetuating a politics of fear and inequality.  Sounds like Drapers to me.

Bar FTSE was the closing event of Freshers 2015 at the Queen Mary Students’ Union bar.  The idea was simple.  It is based on the economics of supply and demand.  When demand goes up, prices go up.  When demand falls, prices fall.  Invest at the right time and you have got yourself a bargain of a jägerbomb.  The queues are regulated while the streetwise students benefit from their little wins.

If only.  It could just be me, but I tend to drink to forget about capitalism.  But instead of getting in my last hair-of-the-dog pint before Freshers came to a close, I had to suffer a night of watching students trip each other up for ten pence off a Sourz shot.

To be fair, Bar FTSE surpassed my expectations.   I half expected to hear the cries of refugees stranded in the smoking area, whilst the masses chug red beer and chant, “Go back to your own uni!”  I was also wondering if there would be police milling around the surrounding areas stopping and searching black students, whilst others would have free reign to exploit the markets.  And I was almost certain that there would be a special edition of The Tab on hand that demonised those on Disabled Students Allowance as ‘benefit scroungers’.  I mean, I just assumed these came with the territory of too-big-to-fail capitalism.

But the kids had fun and that’s the point, right?  Perhaps not.  Instead, we should assess whether recreating the ‘trickle down’ Tory system was actually fun for the proles or just a ploy to get them more intoxicated.  Maybe we could offer alternatives to find out.  If we can have a capitalism-themed night, that means there should be no problem getting a communist-themed one too.  Here’s the plan!  We all pay a one-off entry fee, have unlimited drinks all night, get mortal, and in the morning we can come back and pitch in with the washing up.  Not a bad deal!  But, of course, equality is such a bad, bad thing.  We don’t want the plebs working together now, do we?

The irony is that I went to Bar FTSE and it wasn’t horrific.  I screwed over a few people by pushing in line first.  The taste of superiority was great, and the Gaymers wasn’t that bad either.  (Unlike the morning after.)  Maybe I’m a capitalist after all…  or perhaps not. #VivaLaRevolucion!