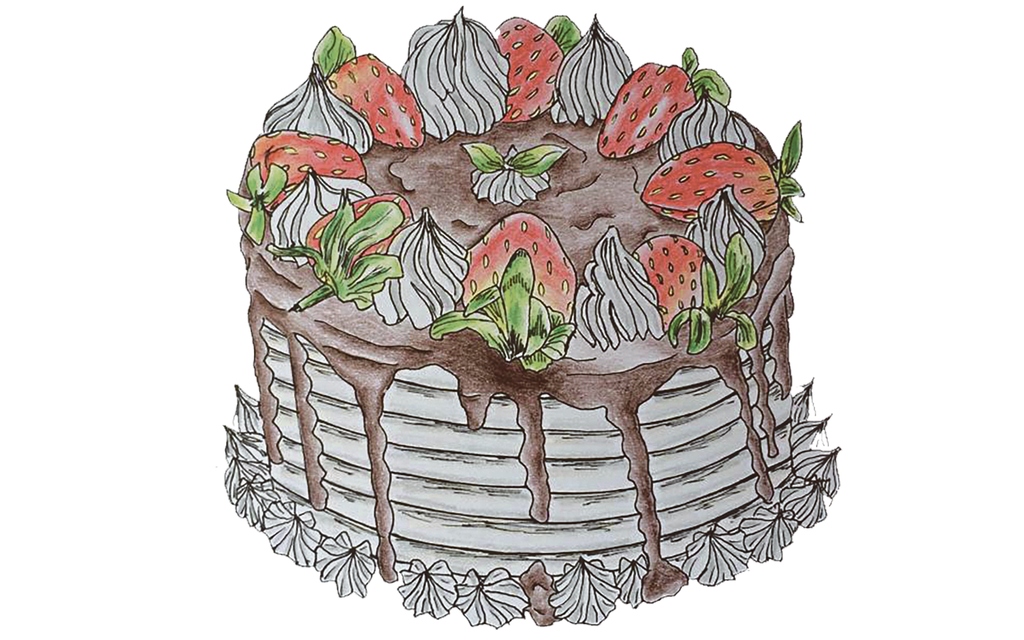 Bake Off Star Comes To QM

The Print interviews this year’s BNOC Iain Watters on ‘bin gate’, building and the new series of Bake Off

It was a really good experience. I don’t think when you enter that you ever think you’re going to get on, so going into the tent after watching it on TV was such a surreal experience. I still think back now and can’t believe I was actually there, it’s all still a bit strange.

Well because of my…dramatic exit from the show I got a lot of attention, more than a lot of the other people who went further in the series because there was a lot of divided opinion on what happened.

You even did a naked photo shoot afterwards didn’t you? What was that like?

I did, yeah. It was for a good cause- the Balls to Cancer charity asked me to do it and I wanted my time on the show to go towards something. Because I didn’t think I wasn’t going to continue with the baking and stick with the day job, I wanted to try and use my time for some good.

So now you’re back building- what are you doing at Queen Mary?

The company I work for, Sykes and Son, are doing three refurbishment works. One’s in the QMotion Gym and Drapers. Another project is refurbishment in the library building and then the third project is DDA work, which is related to disabled access, and that’s in a variety of buildings on the campus.

What do you make of the campus? Are you a local?

I am actually local! I live just the far side of Stratford. I’ve actually driven past this building a lot without realising it was a university but I’m enjoying it!

So aside from being pretty busy here, do you have any baking plans on the horizon?

I still do baking in my spare time. I did a demo at a baking festival in Bakewell last weekend which was good. I did a ‘Bakewell Alaska’ because I wanted to do something related to their festival and Bakewell tarts, and combining it with a baked Alaska got a lot of laughs. It was really good fun!

Haha, no. Everyone thinks it’s a sensitive subject because of what happened but I’ve no hard feelings!

Have you been watching the new series?

Yeah I have. It’s strange actually watching it now because you feel your time on it has maybe passed – mixed feelings on that.

Did you feel for Dorret in the first episode of the new series?

It was quite similar but really I felt for Stu! I don’t think he should have gone and I think they took pity on Dorret with what happened to her mousse. It was interesting to see the way Sue dealt with it because when it happened to me she tried to make a joke about it, going ‘what way are you going to present it?’.  I think they were very wary of how to deal with that situation if it ever arose again so when it did I think Sue was trying to talk her down. But stuff like that happens in the tent because you start second guessing what you’re doing because there’s so much pressure, and the time frame as well, that’s when you start making mistakes. But no, I did feel for her because when that happens right at the end as you’re trying to present it’s really disheartening.

Do you have any favourite bakers or bakes so far in the new series?

I like Tamal’s baking, especially his flavours. I think he’ll go quite far in the series with his interesting combinations.

My flat are pretty big fans of him too…

Yeah he seems to be this season’s heart-throb, right?

So, have you ever considered giving up the day job?

People keep asking me if I’m going to go into it full time, but I think it’s quite a saturated market. Also it’s very competitive and a lot of hard work with quite antisocial hours. I think the experience of being on the show is very stressful and when I was baking before the show I was always baking for family and friends where there’s less pressure but once you’re on the show people expect so much. I was at a wedding a couple of weeks ago that I made a few cakes for but I always feel there’s more pressure because people know. There were jokes in the wedding speeches about me binning cakes and stuff like that. I put too much pressure on myself to bake so that’s why I think I want to keep it as a hobby and do bits and pieces in my own time rather than move into a career doing it.

Are there any similarities between baking and building?

I think there is because there’s a lot of construction, and I know you’re building something else but whether you’re building a building or a cake you can use the same skills in both. Maybe that’s why I like baking, because it’s sort of related to my day job. But then it’s also very different even though it’s got similarities – and I know I didn’t show it on Bake Off but I do find it relaxing.