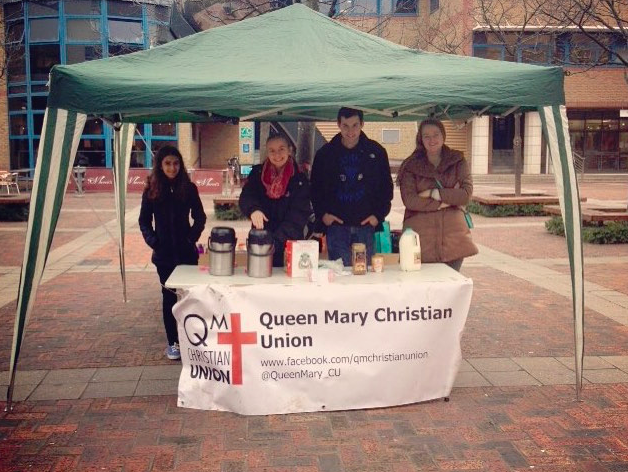 Are Christianity and Feminism Compatible?

By Elise Lamsdale on 6th January 2016

Nowadays, we hear a lot more about the things that Christianity seems to be against rather than for. Queen Mary Christian Union is seeking to change this, with a series of events addressing issues that people might have when encountering the faith. Their latest talk concerned Christianity and Feminism: two mutually exclusive topics, right? Well, this talk promoted the idea that Christianity is, in fact, compatible with Feminism, despite the common misconception that the Church is sexist.

Mainstream media- such as the coverage on the controversy over female bishops in the Church of England- has led some believers and non-believers alike to assumptions about where ‘Christians’ stand in regards to Feminism, sexism, and equality. Grace Broome, one of the committee members at QMCU said that, ‘there are passages in the Bible that are so liberating for women; they are just often ignored. Of course, some people are sexist who call themselves Christian…but I don’t think you can be in love with Jesus without being a feminist’.

So, what did the talk focus on? It looked at feminism biblically, taking passages from scripture and explaining how they can be interpreted as examples of a push towards gender equality, as opposed to a move against it. It’s important to remember that back in Jesus’ day women weren’t even allowed to be witnesses in court because their testimonies were thought to be totally unreliable- so the fact that Jesus speaks to them in the New Testament can be seen as a pretty radical recognition that female voices need to be heard.

However, there are some key verses in the Bible which seem anti-feminist. For example, ones that claim women shouldn’t teach in churches. Grace said of this issue that verses like this are ‘for a specific church at a specific time where the women were teaching false teachings- you can’t take that verse and apply it to the whole world’. Many Christians may well disagree with this statement as part of an interesting debate about the idea of the Bible as literature vs. the Bible as law, which is raging inside the Church as well as externally.

Overall, the event seemed to be a success; the majority of people who went said they found it interesting and informative, and it certainly created a dialogue about a pertinent contemporary topic. You can check out QMCU’s next event, ‘Virgin Birth? Why do Christians keep believing this stuff?’ (I’m going just for the title alone), on the 10th of December.

Find out more at www.facebook.com/qmchristianunion