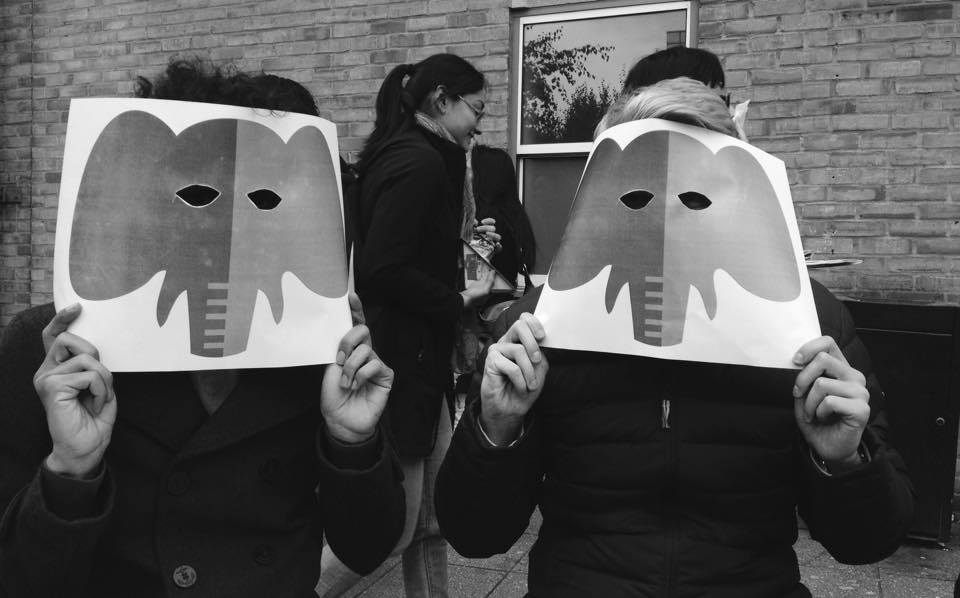 QMSU Acknowledges The Elephant In The Room

In honour of this year’s World Mental Health Day on Saturday 10th October, Queen Mary Student’s Union and QMBL Mental Health Awareness Society worked together for the first time to launch their ‘Elephant In The Room’ campaign

All week, a grey and pink elephant wandered around Mile End and Bart’s, attending lectures and visiting members of staff. A hundred and twenty elephant masks were handed out, all aimed at raising awareness and provoking discussion of mental health problems.

According to the Mental Health Foundation, in the course of any given year, one in four adults and one in ten children are likely to be affected by a mental health problem.  This can affect an individual’s ability to simply get through the day and make it incredibly difficult to live a normal life.

The campaign saw people gather in Library Square to speak to the universities mental health coordinator, Niall Morrissey. Morrisey spoke to students and encouraged them to create “mind apples”, a technique aimed at promoting good mental health by writing down five things to do each day.

“I’m really happy with how it went- a lot of people wanted to come up and have a chat when we were in Library Square. Some lecturers completely ignored us- I guess that’s often true of the ‘elephant in the room’, but a couple of classes clapped as the elephants left their lectures. Hopefully this has paved the way for more campaigns and discussions around mental health this year”.

The Student’s Union and QMBL Mental Health Awareness Society plan to continue their campaign, with the next step possibly involving the infamous grey and pink elephant playing sport in the Get Active sessions.

The university’s Mental Health Coordinator, Niall Morrissey, can provide support for students experiencing mental health issues during any stage of their studies, and be contacted on 020 7882 7359