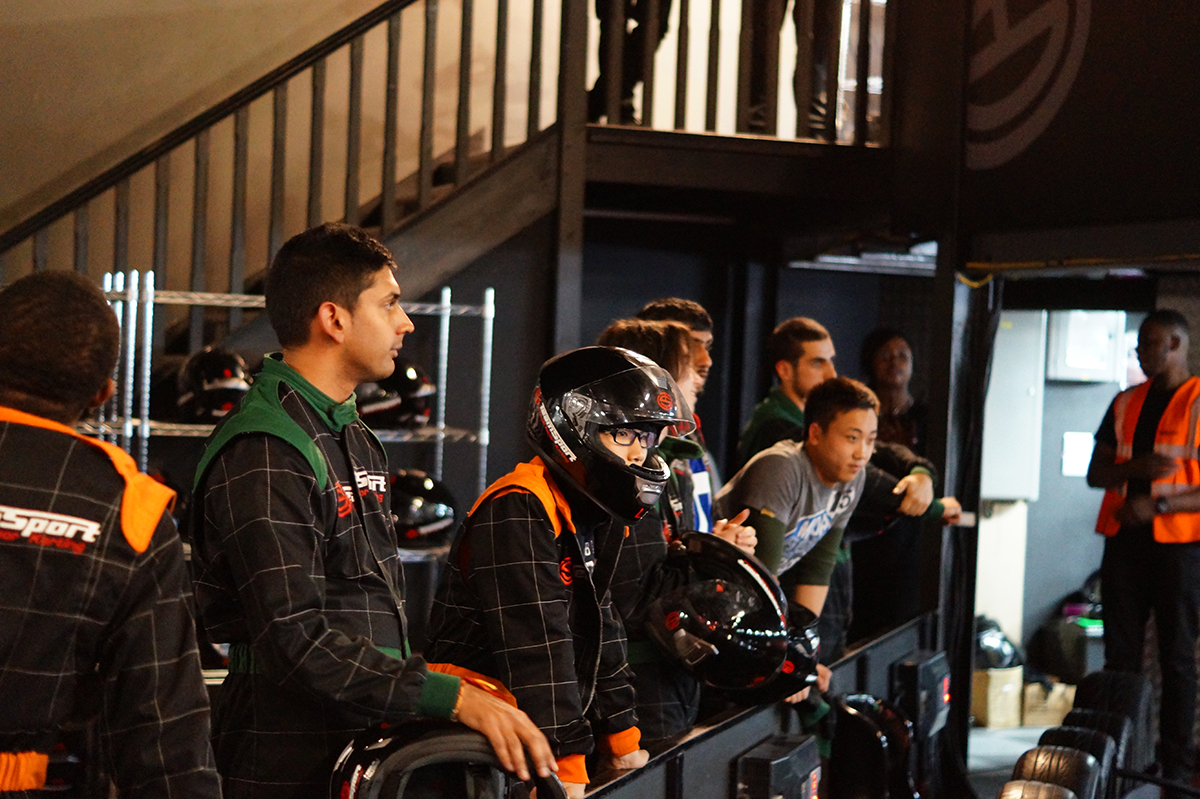 Why not go Go-Karting?

By Liam Harrison on 8th November 2015

Founded by Ahmed Meza, the Go-Karting Society is perhaps one of the lesser known societies at QM. I joined the founder and current president, Michael Grebe, at an indoor track at London Bridge to find out more.

Although Meza has now graduated in Aerospace Engineering, he still joins up with the team at socials and events. He passed on useful tips to Michael and the rest of the guys. He explained to me that when it started, it was him and a friend who quite literally put the wheels in motion in their first year. Meza contacted the BUKC (British Universities Karting Championship) and the organiser told him to set up the society, which he did with the help of James Mountain from QMotion. This was just two weeks before Fresher’s Fair in Meza’s second year. BUKC helped out with promotional items and advertisement for the stall and the society was up and running.

Meza was keen to make the point that the society is open to all – do not be put off by thinking you’re crap! He also agrees that making people aware of the society is a tricky part of the process, especially when it’s a new society up against the more established ones; one way he used to attract attention to the society was putting up flyers in the laundry rooms.

On choosing Michael for his replacement, Meza is happy to know that the club is in safe hands: “Michael started last year and I saw in him that he has the passion to drive the club forward […] We want to fill the trophy cupboard in the Hub with racing trophies instead of football and cheerleading trophies.”

Their first event of last year was at Rye House. For those who are unaware of Rye House (as I was) it’s the track where Lewis Hamilton basically honed his driving skills. The society competes in the BUKC using racing karts that the likes of Hamilton and Button spent many years polishing their talents in. Last year they finished eighth out of sixty universities all over the UK. They also aim to have at least five socials this year.

The society has gone from having no stall at Fresher’s to, as Michael gleefully informed me, gaining  almost four hundred sign ups and twenty new members (last year they had eleven). Whilst the BUKC is a main focus and Michael gladly welcomes professional drivers, he, like Meza, welcomes new members with no experience, be they girls and boys.

Standard membership is £10 and can be purchased from the Students Union either online (https://www.qmsu.org/groups/karting/) or at The Hub.