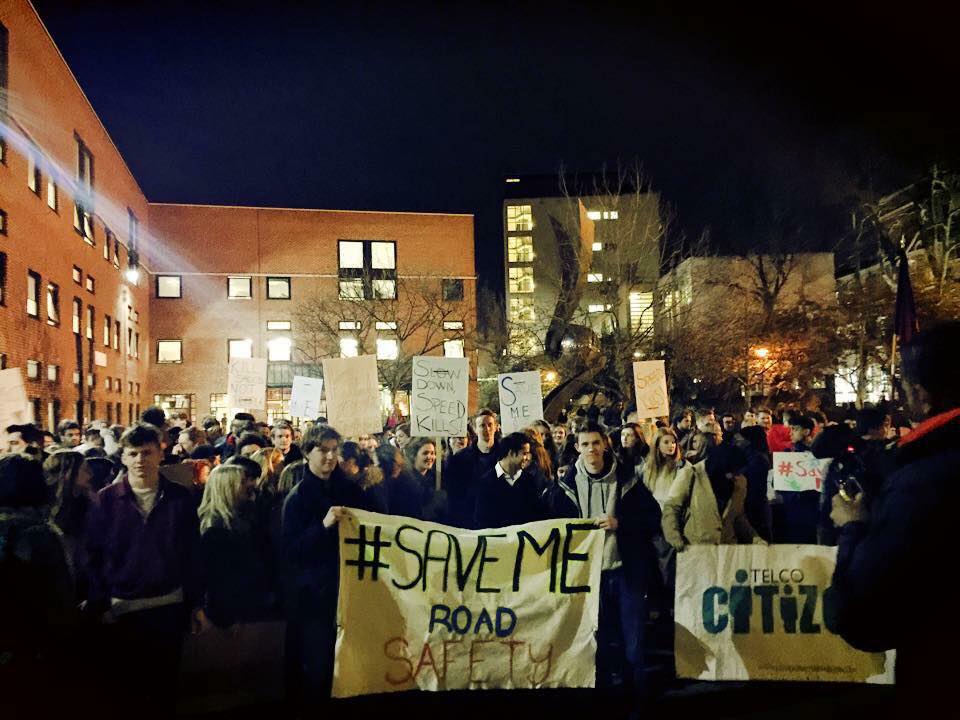 SAVE ME: Campaigning for a hazard-free Mile End

A year on after the tragic death of QM student Kieran Dhaliwal after a hit-and-run on Mile End Road, The Print caught up with Alex, founder of the SAVE ME campaign and former housemate of Kieran’s, to update us on his call for a safer community

So this is your plan for the day: 9am lecture, a session at QMotion, Nandos with your flatmate then off to the library before an evening at Drapers, followed by that inevitable trip to Dixies. Using Mile End Road is quite simply unavoidable in the day-to-day life of a QM student, but most of us don’t expect it to become a daily test of how well we can remember the “Green Cross Code”.

There is a rather disturbing history of accidents on Mile End Road involving members of the Queen Mary community. Numerous students and lecturers have fallen victim to the reckless driving that the stretch of road has become renowned for. Particularly since 2013, deaths and serious accidents at Mile End Road have hit the headlines at the London’s Evening Standard, The Mirror, ITV and BBC.

The Huffington Post, in March of this year, reported on the fatalities at the infamous road. Ex-QMUL student Sean Richardson asked readers: “How many more deaths must the community suffer before the authorities take action?”

Since October 2014, the emergence of the ‘SaveME’ campaign (Save Mile End) has thrust the issue of road safety into the spotlight as students and organisers from the community have united to challenge speed limits, lobbying for a safer community.

The initiative began after Kieran Dhaliwal, a third year Economics student at Queen Mary was knocked down in a hit-and-run on Mile End Road by a driver travelling at 70mph as he was walking home after a house-warming party on Bancroft Road.

Alex Greenwood, founder of the campaign, says: “Kieran was my housemate, and I saw first-hand just how costly the blatant ignorance of a 30mph speed limit proved to be as he ultimately passed away that night.

“The wake-up call concerning the danger of Mile End Road sent shockwaves throughout the student body.”

Run by QMCitizens and Queen Mary students, SaveME gathered a tidal wave of support following further incidents in Mile End. Support peaked over two days in March of this year as students made banners and placards before blocking the road outside the Queens’ Building for 2 minutes in memory of those that had lost their lives – forcing drivers to consider the consequences of dangerous driving.

The following day saw the previously planned demonstration attract over 400 people to demand a meeting with Transport for London (TfL), the council and Mayor of London, Boris Johnson.

The campaign’s principal success lies in Tower Hamlets becoming a 20mph zone. SaveME is currently looking at improving safety at junctions by Stepney Green station and other crossing points between Whitechapel and Bow.

Ongoing roadworks, indicated by the noticeable sea of traffic cones at Mile End Road, aim to focus on improving the blue cycle highway, which runs adjacent to the pavement and road. According to the details set out by TfL, the second wave of improvements will be completed this month. The total works to this Cycle Superhighway 2, often abbreviated to CS2, aim to be completed by March 2016 – marking one year since the peak of the SaveME campaign.

Since the events of March, support has gathered from the Salvation Army and local faith groups. Politicians such as Mayor John Biggs and London Assembly Member Darren Johnson have also publically committed to the campaign.

“For far too long Mile End Road has been a danger to cyclists and pedestrians. While the original poorly done Cycle Superhighway is being improved other measures such as safe crossings on the side roads and a 20mph speed limit need to be considered. I’m delighted to support the SaveME campaign in continuing to push for improvements,” said Darren Johnson when speaking to campaign founder Alex, who showed Darren the particular danger hotspots of the road.

We have the support and the right backing – all we need now is you. Show your support using your social media presence to promote the issue and attend the future demos as we plan the next stages of the campaign. One death is one death too many.

Further updates concerning the SaveME campaign can be found on the Facebook page: https://www.facebook.com/savemetowerhamlets
According to TfL, improvement works at Mile End Road, particularly to the Cycle Super Highway known as CS2, are planned for: