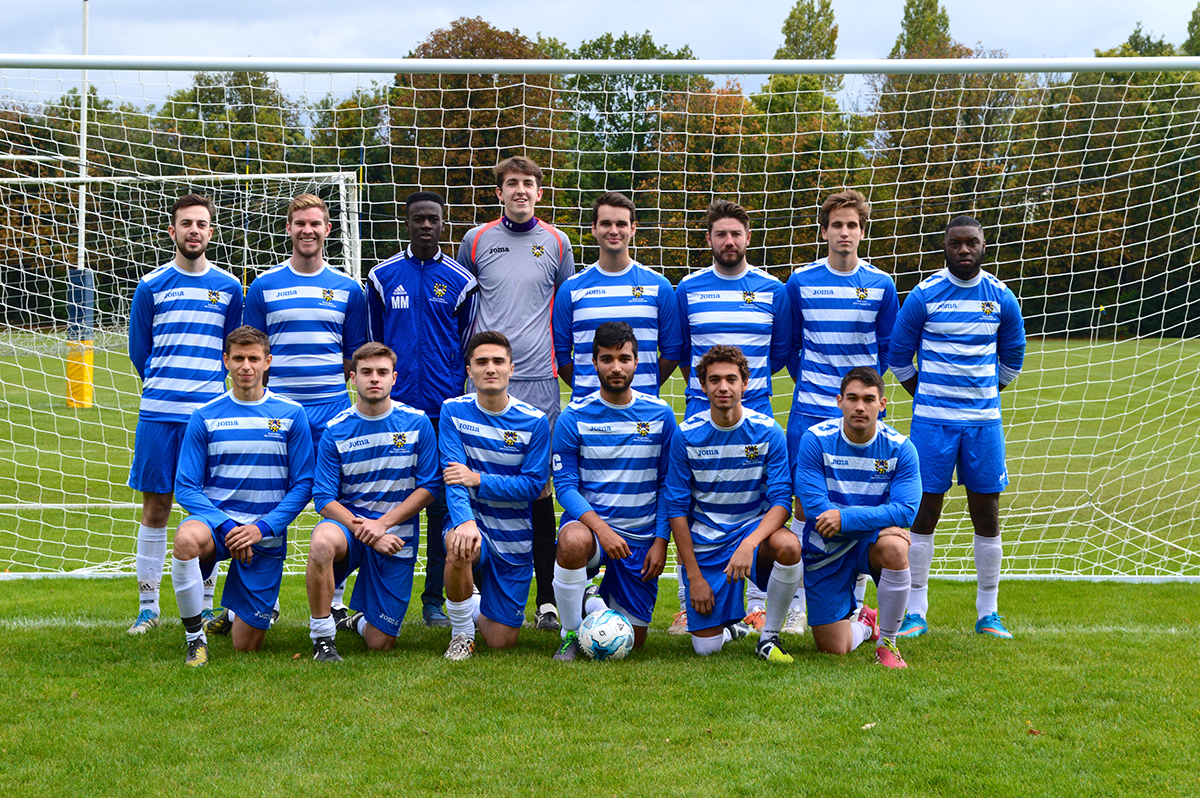 By Liam Harrison on 8th November 2015

Overall, the performance was very positive. The new players are fitting in well and an understanding between each other is developing nicely. However, if QMFC 1’s wish to attain their goal of promotion they will have to be more ruthless in front of goal.

The style of play is no different to last season – a philosophy of patient, possession-based build-up play with an emphasis on the team rather than the individual.

The criticism of not converting more chances could not be levelled at QM after their last pre-season game however, where they ran riot in a 7-0 win, but they more than held their own in this game.

A through ball from centre back Lynch set Everiste through after three minutes but Everiste shot just wide. QM had fired their first warning. Seven minutes later and the hosts were ahead. Frain played a one-two with Martín on the edge of the box and proceeded to put Everiste through on goal. Everiste made no mistake and slotted a low shot into the bottom right corner. The away side were visibly deflated and unfortunately for them, QM possessed the patience not to make any silly errors.

Time passed and QM dominated the play, enjoying the majority of the chances. Frain saw a long range effort pass wide and Raman skilfully beat two men after controlling the ball with his chest only to see his effort well saved.

With five minutes of the first half left, perhaps the main talking point occurred. QM Captain Nesh Evans had been getting the better of his marker all game and his opponent was visibly frustrated, so much so he verbally abused the skipper and went for a headbutt. The moment was over as soon as it had begun and the referee decided just to give a verbal warning. For QM, it was a good sign as it meant we were playing well and our opponents couldn’t find a way through.

Just a minute later and Nesh had an opportunity to upset the opposition even more as he was presented with a gilt-edged chance that just needed a touch, but it wasn’t to be. With just a few minutes left of the half QM were on the rampage. Yassin Raman was causing all sorts of trouble down the left flank and Matt Hart saw an exquisite lob tipped over.

The second half began in much the same vein, QM displaying some quality, expansive, flowing and attacking football. However, five minutes in, against the run of play and on a counter the away side equalised. A low cross from the right side was finished neatly into the bottom left corner leaving keeper Charlie Blanchard no chance.

The hosts knew they needed the win but didn’t want to be open to counters so patience was needed, and it paid off. Yassin Raman tapped home a low cross from the right fifteen minutes into the second half. 2-1 and QM were ahead again. Several chances were missed afterwards but the defence was not breached again. One game played; one game won. Good start boys…