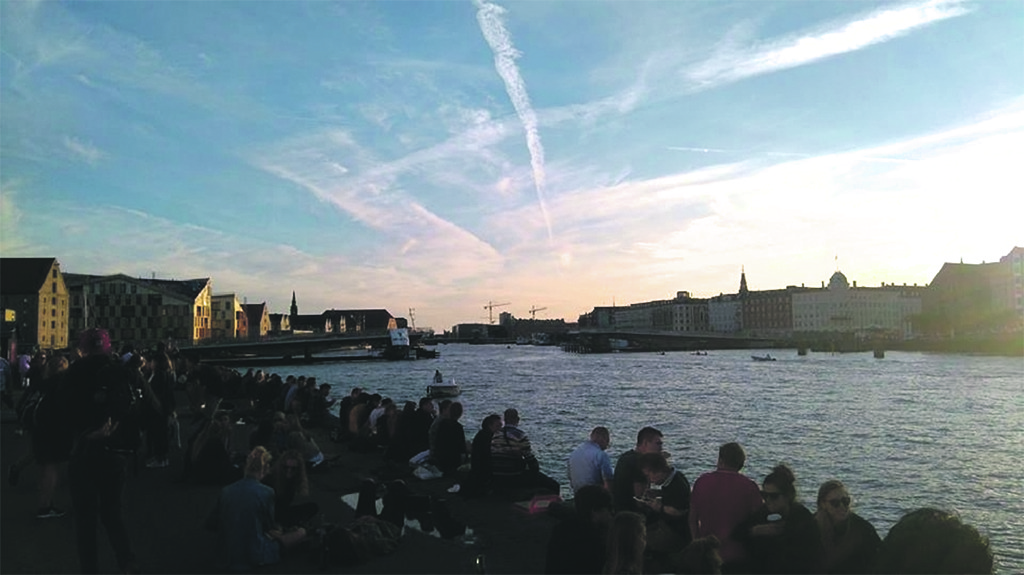 This weeks Foreign Correspondent Joseph Morel discusses the architecture, the Danish stereotypes, and the Erasmus problems that won’t stop him exploring all the city of Copenhagen has to offer

The most common response I got when I told people I was doing an exchange in Copenhagen was ‘why Denmark?’. I didn’t really have an answer. I knew that people look to Denmark now as the ideal European country and that it was home to lots of the tribes that give the UK Anglo-Saxon identity, but that was about it. Why do we tend to look south when we think of Europe? Could Denmark, home of our ancestors, really be very different? And why, when I could have gone to California or Australia, would I trade one cold, grey, wet capital city for another?

Before answering all that, I had to sort the basics: house and money. And if you thought the housing situation in London was bad, then you haven’t had the pleasure of being told you’re number 1291 on a waiting list for student accommodation, or getting emails saying things like ‘we know lots of you are still homeless, but we’re putting 5 new flats on to rent so it’s all good’. Having been scammed out of nearly £800 by the first private rental I signed up to, I’m now living in a huge room in a fantastic area with lovely housemates. But only until the end of September.

Unfortunately, I can’t completely Airbnb my way through Erasmus in the same way I found this place, and not having a permanent address means I can’t get the compulsory social security number that even EU residents need here. I can’t get a library card, go to the doctor, buy a phone contract or open a Danish bank account without one: despite being allowed to turn up and study with nothing more than a quick passport check at the airport, being in the EU doesn’t make everything easier. It could be worse – friends are living in an unfinished hall with limited electricity, no WiFi, gaps in the walls, constant building noise and dust everywhere. So next time Pooley house floods, remember me.

Copenhagen looks, at least, like lots of continental European cities. There are wide boulevards and open squares running in a grid pattern, with a compact older centre surrounded by parks and more open suburbs. However, this being Denmark, everything is more social, more hippy. The Royal Family’s official residence wouldn’t impress the National Trust, let alone the Windsors. It’s in a small park opposite student halls and the Danish Film Institute. It’s perfectly normal here for blocks of flats to be set up as real communes. There’s a semi-autonomous free state called Christiania that’s existed largely peacefully for decades in Copenhagen where the only rules are ‘no cameras, no running and have a happy cookie’.

This hippy feeling extends to other parts of Copenhagen as well – a primary school near my flat has a massive billboard outside promoting a cultural event. It’s called ‘the Festival of Important Shit’. This just wouldn’t happen in the UK, and for a whole country to feel grown-up and confident enough to allow this is hugely refreshing. When you put Sixties hippiness next to the ever-present Danish clean design, impressive architecture, the temporary shops, markets, and festivals that are two to a street at the moment, it feels like the stereotype of Denmark being the perfect society isn’t that far from the truth.

Lots of things here are great social levellers. Everybody rides a bike. Rush hour in the mornings on Denmark’s designated bike paths is a maelstrom of suited office workers, young couples riding tricycles with children in the front, earphone-in students and a wonderful lack of lycra-wrapped posers. In Denmark, where winters are Siberian and the rain comes as quickly and heavily as turning on a pressure washer, people ride bikes everywhere without dressing up as Chris Froome first; uni, work, the supermarket, bonfire raves in public parks, you name it. I don’t really feel a sense of ‘class’ here – everyone is treated more or less as equal by everyone else. Bartenders, cashiers in shops, airport staff and the guy in the Post Office have started conversations with me in bars or on the street, wanted to know why I was here and wished me a good stay.

Denmark is definitely a country of quirks and rules, and they have to be respected. I have walked home as the sun rises from bars with a group of Danish students and seen them religiously observe every red light at crossings even though there was nobody else there. The same happens on the cyclepaths all the time, as those obviously running late overtake everyone using the road, bus stops or grass verges, only to stop very quickly when the traffic light for bikes (another great idea, London) turns red to let schoolchildren cross or people off the bus. What happens when the roads are just long, interconnected ice rinks, I have no idea.

However, Denmark can’t wait for winter: it’s the ideal time to indulge in ‘hygge’.  an untranslatable but very Nordic concept that can mean ‘cosy’, ‘warm’ or ‘sitting in a candlelit room with friends and masses of cinnamon rolls’. You can even be ‘hygge’ on a bike, wrapped in scarves, jackets and gloves with a hot drink whilst going to work. The Danish say there is no such thing as bad weather, only inappropriate clothing. Even so, I don’t know how ‘hygge’ someone suggesting a November picnic in a bare, muddy park as sleet freezes our meatballs and herring is.

So, everything’s the same but different. There’s so much left to do and discover, and I haven’t left Copenhagen yet. Stockholm’s waiting. There are dedicated faculty bars to go to, parks with yellow leaves and lakes that ice over, internships and Erasmus student network days still coming. There’s almost 4000 pages of reading and 15000 words to write, and I still love it. If you get a weekend or a reading week, come to Copenhagen. I’ve barely started.