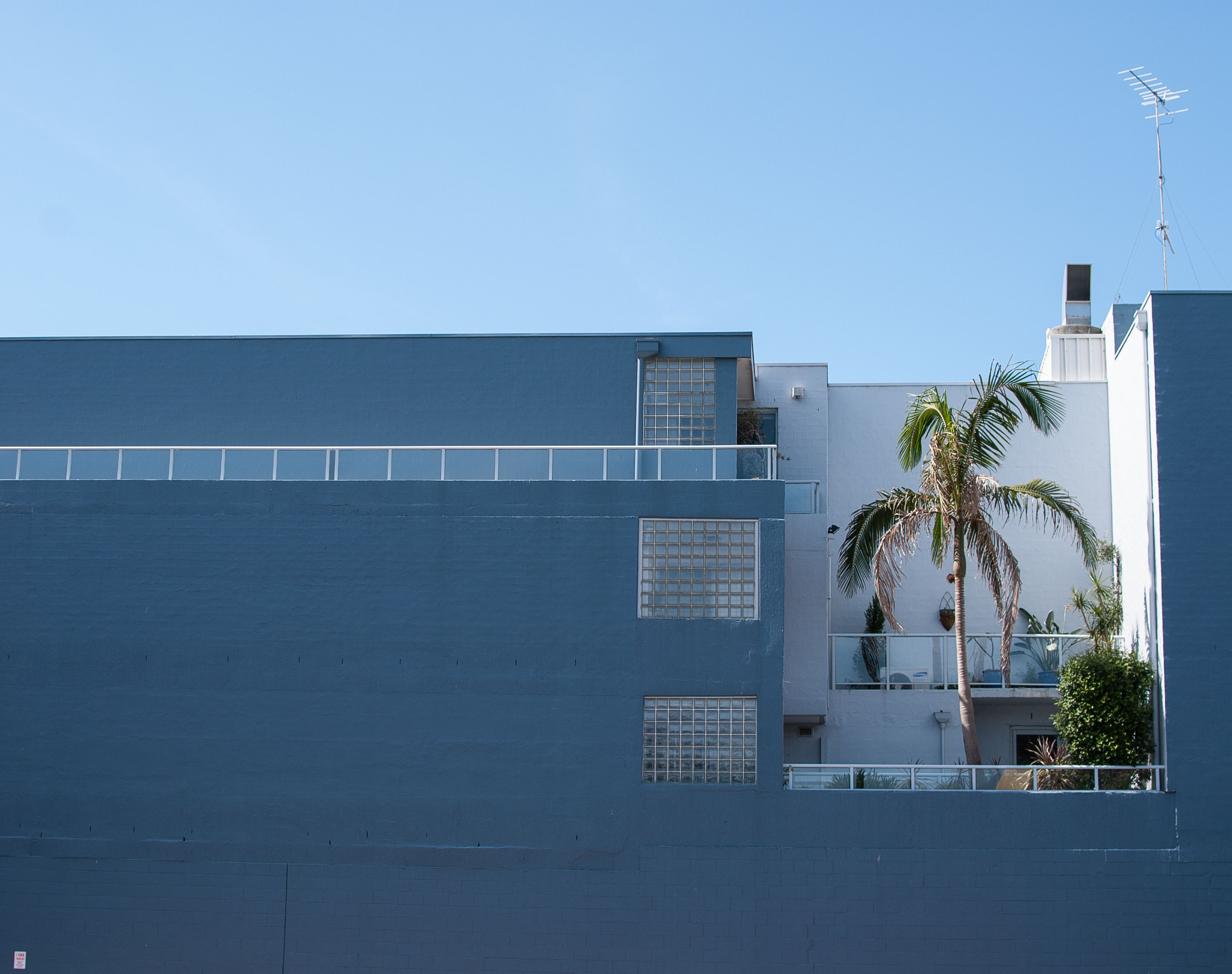 The Art of Collaboration

As the Queen Mary Visual Arts Collective embark on the final preparations for their debut exhibition, The Print caught up with them a month before, in a local pub basement to talk preparation, collaboration, inspiration and art

Wrapped snugly around a small table in a Mile End pub, the founding members of the Queen Mary Visual Arts Collective (VAC) are in high spirits. They are reviewing submissions as I join their table, and the quality of the content has left smiles on their faces. Escaping the rainy Friday evening hubbub of the main room, we descend into the bowels of the pub to a quieter space to talk themes, inspirations, planning and ideas behind their upcoming exhibition.

We begin with introductions.

The team running the VAC are a mixed bunch, all hailing from different QM academic departments and societies. Alex Mcdonald (Film and English) and Maria Cabrera (Film) represent the Experimental Media Forum, Kana Alam (Environmental Science), Sophia Alvarez-Barnes (English), Kevin Choi (English & History) represent Photography Society, with Jacob McQuarrie (English & Film) flying the flag for QMTV. First things first, we get to the bottom of what the VAC is and where the original idea came from.

“It kind of sprang out of when we were talking about the photosoc exhibition for this year, and we thought we should make it bigger and include other societies – get some film in.”

“The reason it’s called the collective is because there are all these different arts societies happening, but they weren’t happening at the same time. We then had the idea of including other people and societies – that’s when it became a collective.”

The idea started circulating at Freshers’ Fair, the event was announced before Christmas break with the collective calling for submissions, and the promotion of the event began at the beginning of the semester.

The conversation moves on to what the exhibition includes and the immediate response from everyone is ‘what doesn’t it include?’ Photography, film, paintings, sculpture, drawings, mixed media and music are just some of the creative delights awaiting visitors of the exhibition. Alex is quick to point out that the previous list is just the ‘conventional’ stuff.

“Somebody has written a computer programme that writes poems. It takes synonyms and then re-writes them, it’s a collaboration between computer science students and a comparative literature student who co-runs QReview. We’ve got some sound stuff as well. We sort of called it visual arts collective rather hastily, because we’ve branched out beyond that as well.”

It’s clear that collaboration is constantly at the forefront of the team’s mind, not just to pool resources but to improve the creative experience as a whole. Kevin adds:

“The reason we called it the collective is because we wanted people to work together. There has always been a random collection of different arts societies, but none of them really worked together, partly it helps the funding if you work together, but also it’s more interesting to work with other people and we wanted to make the show more about collaboration rather than individual societies putting on their own shows – bringing the community spirit out.”

Talk turns to the venue and the team reveal that multiple venues were considered before finally choosing The Hundred Years Gallery in Hoxton. The Four Corners Gallery in Bethnal Green (the venue for Photography Society’s 2014 exhibition) and Mile End Art Pavilion were both contemplated as options, but their Hoxton venue came out on top due to pricing and the warm and helpful nature of the staff.

Alex emphasizes the generosity of the gallery, and Jacob is quick to point out that because of the attached coffee shop and other exhibitions running at the same time, the VAC’s work is much more likely to be seen by the general public as well students and affiliates of QM.

The space itself covers two floors and it will be intriguing to see how the collective choose to utilize the gallery for such a wide variety of pieces.

Content is the next topic of discussion and the room immediately fills with excitement. The VAC received a whopping 300 plus submissions from across QM and, according to Alex:

“Submissions exploded in the last couple of days, so we’re having to be quite brutal, we’ve still got loads of amazing stuff.”

When asked if they were surprised by such an overwhelming amount of content, it’s clear that the collective were pleasantly shocked. Kana thought only about 20 people would submit, but Maria makes an interesting point:

“I’m not really surprised so much at the amount of stuff, what I find most surprising is that most of the submissions are coming from students that don’t really do ‘arts’ subjects. We haven’t really had that much from students who do English, Film and the people who you’d expect to be more interested in submitting. It’s cool that other subjects are getting involved.”

Students from a variety of scientific disciplines have submitted pieces to the exhibition and this is one of the features that makes the VAC so unique. Within a Students’ Union that arguably finds it difficult to get ‘S.T.E.M’ students involved, it’s interesting that the VAC has been able to encourage so many to get involved. This also highlights another fantastic feature of the collective, the ability to make art accessible. Kevin expands on this:

“It reflects well because that’s we wanted – to create an opportunity for people who don’t normally get an outlet for their art. We don’t have an art department, we don’t really have any traditional arts subjects, so you’re kind of limited if you want to be creative beyond academia, unless you do a so-called ‘creative’ subject.”

This point in the conversation seems as good as any to ask the collective about their creative inspirations, with Alex first up.

“There’s a video artist I really like called Jaakko Pallasvuo who’s a Finnish guy. He makes really weird, almost like vlogging, self-reflective, existential and self-deprecating stuff. The post-internet idiom is a big inspiration for me – this is getting quite cliché already.”

Jacob’s is film director Edgar Wright of Shawn of the Dead fame.

“I wouldn’t have the knowledge that I do or have had the encouragement to progress as I have without them.”

Kana cites the cartoonist Bill Waterson as an inspirational person, whilst Kevin (a big fan of architecture photography) cites Julius Shulman as having a big positive effect on his work. Maria explains her appreciation of the director Apichatpong Weerasethakul, who is part of the ‘slow-cinema’ movement, while another influence is Princess Nokia.

As each member of the team explains their influences, they’re quick to point out when they feel they’re perhaps verging on cliché, this is no different when they’re asked if our university is a creative place and whether it inspires them. Sophia responds, again trying to avoid coming across as pretentious:

“It’s a cliché again, but the diversity inspires me. Just the fact there’s people from all over the world that have come to one place, I think generally it’s a friendly place and there’s a lot of learning that goes on in terms of culture – even in this [the exhibition] – we’ve had submissions from people who’re from lots of different places.”

As time is almost up, the final topic of discussion touches upon the future of the VAC and how the team see it progressing. Alex ponders:

“We haven’t really given it much thought – it definitely sounds nice and something that we’d like to pursue. It would be cool to extend it to the University of London.”

The collective agree that they would like to see a continuation of the project and it’d also be great to get local schools involved. Kevin hopes that the collaborations and social side of the VAC continues:

“We had a couple of people coming out of the original meetings, strangers,  that decided to do collaborations after only just meeting – so we would like to provide a space for young artists at QM to meet. It’s a big uni, it’s hard for people to find other artists if there isn’t a space for that. Aside from just the exhibition, maybe we could set up regular meetings for creative people within uni just to chat about their projects – a mishmash of all the other outlets together.”

At a time when people are often priced out of creativity and there are limited opportunities to find others interested in collaboration, projects like the VAC are crucial for giving students a creative outlet and the chance to exhibit. If you see one exhibition this year, make it this one.

The Print Journalists
More from FeaturesMore posts in Features »