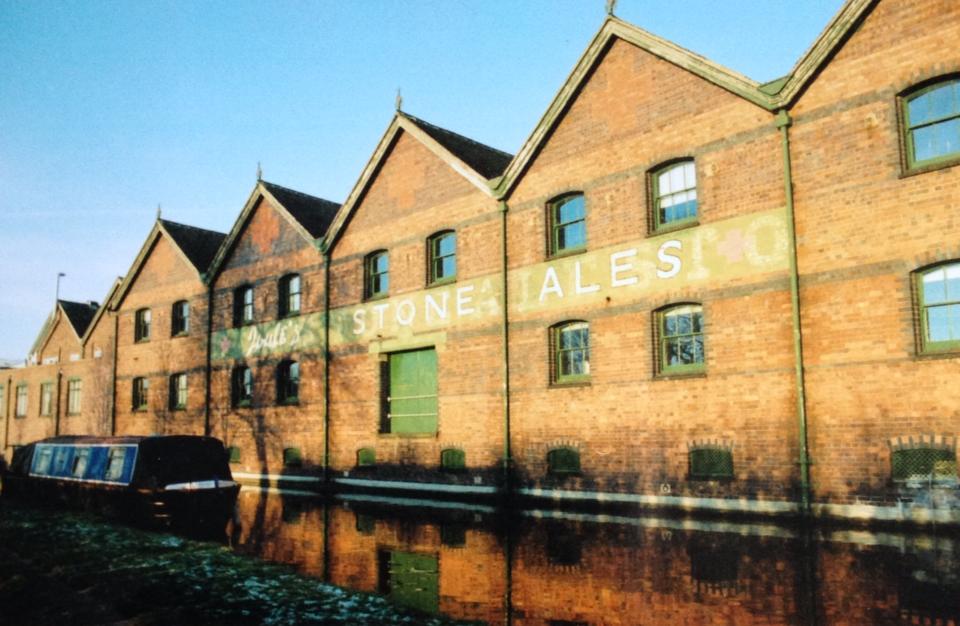 In Defence of My Shitty Hometown: Stone

In the first of a regular feature, we take a fun look at our less-than-perfect hometowns – Hannah O’Neill starts with Stone, a sleepy town in Staffordshire with one big saving grace

Nestled in the borough of Staffordshire, Stone isn’t actually that shitty, it’s just boring. It is the kind of place where charity shops are two to every resident, and the high street falls just the wrong side of quaint because the rents are too high for independent businesses, so that there’s a Ladbrokes squaring up to a Costa where the mums converge between the school runs. It’s the kind of place where there are 5 churches packed into 4 square miles and a farmers market on the first Saturday of every month. In other words, a real Tory stronghold.

All of this (apart from the Tory bit) kind of adds to the charm. And it does have actual charm in the form of a very picturesque canal which runs through it. It was also, at some point a long time ago, something of a bustling metropolis of trade. In fact, according to a directory from 1851 (thanks Wikipedia), “Stone was a very lively town, and a great thoroughfare for coaches, carriers and travellers…. No fewer than 38 stage coaches passed through the town daily”. 38. Jesus.

Stone is a retreat for when London gets a bit grey and concrete. It is surrounded by hilly countryside, with forests and babbling brooks tucked away in its grassy folds. Pretty idyllic stuff. The problem is, if it’s raining then there is sod all to do. There isn’t a cinema, or any decent shops – only a ‘mature women’s’ clothing shop called Something Different featuring an inexplicable cardboard cut-out of George Clooney in its window display, and a heavily perfumed lingerie shop called Chantilly where all the staff are coiffed 50 year olds whose faces have that concrete-layer-of-foundation effect, and lipliner about 10 shades off the colour of their (usually pearly) lipstick. And there are the aforementioned charity shops. The only halfway decent cafe is a place called Fleur which sits over one of those shops that sells hearts made out of driftwood with pithy sayings carved into them, but even there you’d struggle to get anything more exotic than Earl Grey.

If you’re feeling adventurous, you can drive 20 minutes to Shugborough Hall, which is one of those estates where everyone is in character and you can watch the smithy convincingly hammer bits of iron. Alternatively there is Blist Hill a bit further afield, an open air museum in the form of a Victorian industrial town, where you can get your money converted into shillings and spend 5 quid on a loaf of rustic bread from the olde timey bakers without even realising it (because who knows the conversion rate of pounds to shillings off the top of their head?)

Which is all fine. But these exciting options have usually been exhausted by the time you are 10 years old, so being in Stone with not a lot to do can drive you a bit stir crazy.

One big advantage that Stone does have over London is its pubs. Apart from the obvious draw of a place where you can get two pints for less than a fiver, they are mostly cosy, proper pubs full of locals who all know each other, but who aren’t hostile towards non-locals. These pubs are supplied by the Titanic brewery, which is based in nearby Burslem, so you get good local beers and ales on tap instead of just Heineken or Carling. They are also within handy stumbling distance of one another, something you definitely don’t get in London.

Another advantage of Stone? It is a safe haven from Stoke-on-Trent, its nearest city and the place that the government budget forgot. Stoke is one of those places where you can still see the bones from the carcass of a dead industry, in the brick pottery chimneys and boarded up factories. In its defence, it boasts a couple of good universities – Stafford University and Keele University. Unfortunately, their environs don’t offer the most attractive student experience, so people tend to look elsewhere.

Shopping options extend to the Potteries centre in Hanley, which is usually overrun with 8 year old chavs gobbing on people from the gallery on the top floor, but which does have a well-stocked JD Sport since people there haven’t yet clocked on to the concept of the ‘fashion trainer’. Clubbing options extend to Revs.

So I guess that’s my main defence for Stone: it isn’t Stoke.