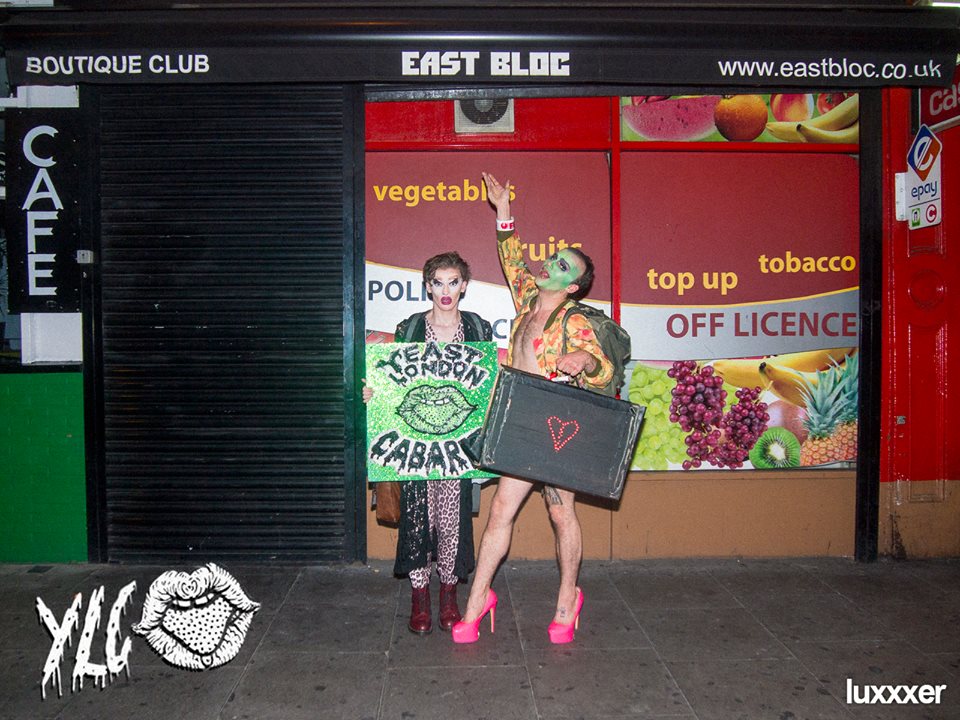 The Queens of Queen Mary

If your weekly routine of frequenting the same clubs playing the same chart hits from this time last year has left you desperate for new nightlife experiences, the Yeast London Cabaret can offer you a night of big costumes, even bigger performances, and alternative floorfillers that you won’t find anywhere near Drapers. Just don’t forget to leave your inhibitions at the door

Messing with gender binaries that a man has to dress like a man and a woman has to dress like a woman, Yeast London is a drag performance collective that aims to prove that punk’s pretty much only still alive in queer transgression. It’s a night where you can let loose in your most outrageous outfits, watch talented performers and leave covered in an obligatory layer of glitter.

A performance collective made up of three third year Queen Mary drama students – performers Ben Stewardson and Jack Ellis and producer Finn Love – alongside founder and fellow drag performer Oozing Gloop, Yeast London began as a club night, in the basement at East Bloc off Old Street, in September 2013.

They’ve since left the weekly slot and now put on performances and parties all over the East End. And everyone’s invited.

“Our events are aimed at literally anyone who is up for having a good time,” producer Finn says. “I think a lot of the time people think drag performance is only for queer people when, in reality, if you’re willing to take the plunge and risk having green makeup smeared all over your face, then you will have a good time. It’s about being open and being accepting and enjoying yourself.”

Members of the collective have also performed at festivals such as Beacons and Bestival and have their own performance careers outside of the group, but together their skills as performers, producers, stylists and performance makers all come together to create an eclectic mix of unpredictable and boundary pushing shows.

Each performance begins with the team finding a venue, thinking up a theme, and then going away and coming up with a performance routine, not to mention finding outrageous costumes and props.

“We literally dive in bins for props and work on routines in a classroom in the ArtsOne building,” Finn says. “We turn up on the night, everything goes wrong but everyone still has an amazing time.”

Costumes are optional, but it makes for a more exciting experience. Previous themes have included everything from Pokémon and Disney, to Marilyn Manson and Madonna, so each night makes for an eclectic mix of performers and attendees alike. If you’ve ever wanted to dress up in the weird and wonderful and party the night away with a group of equally as fun-loving humans, Yeast London Cabaret’s parties are one to look out for.

With Ben, Jack, and Finn in their final year, they admit “the pressure’s on” but with a set of ambitious shows set up for March and beyond, they don’t look set to stop anytime soon. And you’re their target demographic. “The only people that shouldn’t come to Yeast,” Finn admits, “are people who don’t enjoy having fun.”

For more information about future events, head to facebook.com/theyeastlondoncabaret