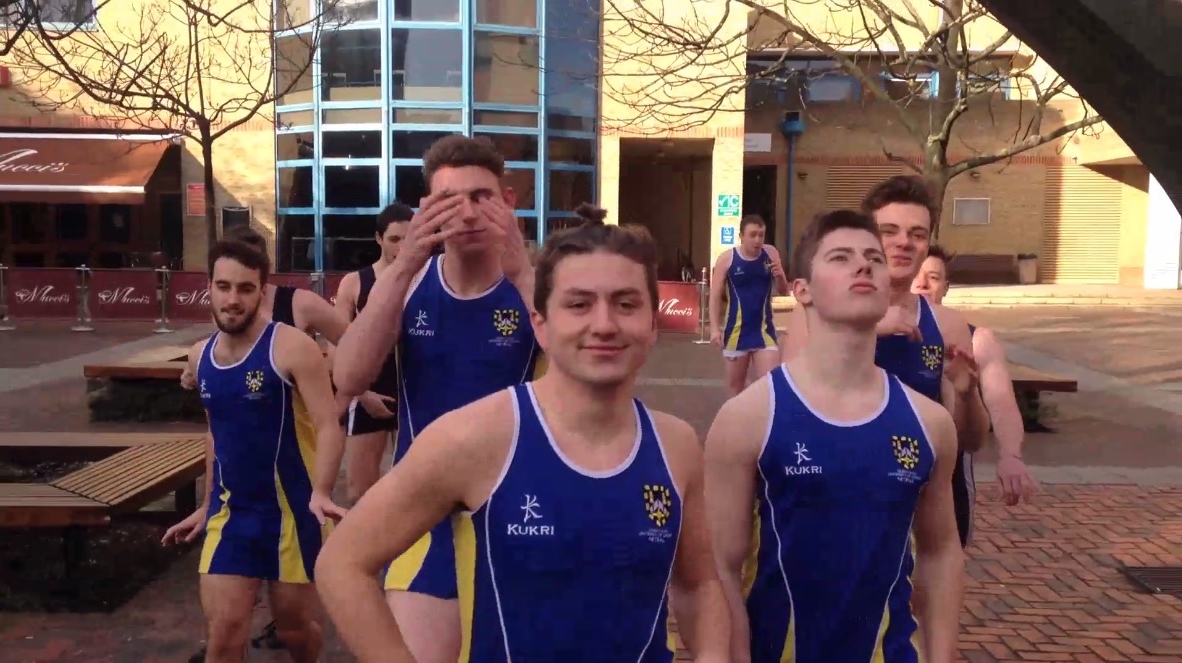 By Pollyanna Benson on 12th February 2015

The monthly event ‘Hail Mary’ is a night yearned for by many members of the QM community. Practically compulsory amongst members of Club Sport, it also attracts the wider student population with its reputation as being one of the messiest nights on the Drapers calendar.

Each month, a different sporting club hosts and with that power comes great responsibility – the task of creating the Hail Mary Video. We have compiled a selection of ten videos from the past six years which deserve to be showcased to the world – for better or worse.  The videos have been ranked by in order of quality – with plot, cinematography, soundtrack, content and originality all considered.

Rather than collaborate for this video, the two clubs decide to compete against each other in various rounds of hockey and climbing in Library Square. I can almost hear the crowds heckling as various individuals attempt to clamber onto different objects across campus. Hail Mary goers are not an easy crowd to please and there is no way that this will have received anything other than harsh and (most probably) offensive abuse throughout the entire 5 minutes of the video. Closing out with some set-up outtakes really epitomizes the whole video.

Verdict: 1/10. At least most of those watching won’t have remembered it the next day. Thank God for red beer, right Hockey?! 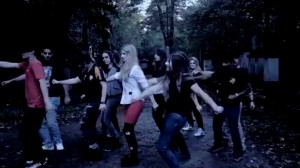 Initially called ‘The Thriller’, the video shows promise showing a large group of the swimming club performing MJ’s iconic dance moves in the park. To begin with, it all looks a bit creepy and thus has potential. After they show the group feasting on a bloke in the park, it all gets a little bit too weird. Thrown into the mix is a lot of hair swishing, romantic music and “Under the Sea” from The Little Mermaid before finally returning to a few of the swimming zombies walking away in the park to more eerie music.

Verdict: 2/10. Needless to say, I’m sorry Swimming, but I didn’t really get it. And I don’t think that many of the drunken Club Sport members in Drapers will have either. 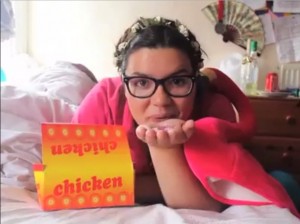 Upon waking up with a terrible (most-likely Drapers-induced) hangover, the women’s rugby club seem to go on a ‘Hangover’ themed trip into memory town as we are shown a selection of pictures of them all getting appropriately rat-arsed in Drapers wearing their social tops. The snippets of girls knocking back shots and playing rugby interspersed between snaps of the girls looking, at times, a little worse for wear, gives a nice insight into what are apparently the girls two main hobbies.

Verdict: 3/10. I enjoyed the upbeat music from Katy Perry and some of the less flattering pictures. However, I’m not entirely convinced that it reaches the high Hail Mary standard that is required.

Rather than bothering with trying to make people laugh during their Hail Mary video, Snowsports aim to leave the viewers in the club room open-mouthed, as they compare rugby, football and tennis to cascading down a cliff-edge at great pace. Some really nice footage advertises Snowsports well here as they show off their annual trip to the Alps.

Verdict: 4/10. Despite straying from the usual format of humour to maintain interest throughout the 3 minutes of footage, the club does well to showcase what they get up to, whilst simultaneously having a small dig at others within Club Sport. 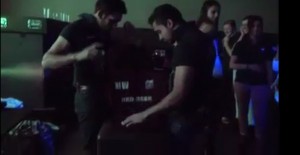 Rather than sticking to a general storyline, as many clubs choose to do in their Hail Mary Videos, Hockey & Tennis instead dance in drapers showing the various hashtags of their various endeavours. Initially it seems a little lacklustre until you notice their subtle use of a stolen social top from every club. Snowsports, Football, Netball and Rugby all thrown into the mix without so much as an inkling. The (then) rugby president, Michael Woods’ social top being danced over by Abhishek Kulkarni and Rumman Sikdar WHILST wearing netball social tops was the real clincher for this video.

Verdict: 5/10. Well played Hockey. Where it lacked in story-line, it made up for with a big middle finger to the rest of Club Sport.

Infamously known by many of the older Club Sport members as the only decent thing that Boat Club ever partook in, the video begins with a powerhouse of a tune in “I’ll Be Ready”. It reminds me a bit of a water/boaty version of ‘Dirty Dancing’ with mood lighting and plenty of shots of rowing off into the distance. Various members of the club are introduced in a dramatic manner with the red-tinted lighting maintained throughout. Very ‘90s. Before you know it, the boys are tuxxed up on a fancy yacht rapping along to “I’m On A Boat” by The Lonely Island.

Verdict: 6/10. Not a total knee-slapper but still up there as one of the most memorable Hail Mary Videos for its originality and badass attitude.

Paired together yearly, this video introduces both clubs as ‘Club of the Year 2011/12’ and shows both the girls with the strongest of struts as well as the boys showing off their vocal skills. Quickly it transcends into the girls bleaching their moustaches whilst the boys lust after them regardless. The story continues as red beer kicks in, creating a beautiful one-night-only relationship between Netball and Football. A few awkward kisses and butt-touches later and we find ourselves in Dixie’s, where nothing is left to the imagination.

Verdict: 6/10. With a well-timed Harlem Shake to close out the video, led by Dixie-King Raj himself, the video was sure to end on a high.

Here the boys show us an earlier classic that remains deep-rooted in all fierce whose-Hail-Mary-Video-was-better arguments. Beginning with a recap of their most famous video, they move into “Call Me Maybe” with the boys wandering around the house discovering hidden members of the club behind every door. Occasionally they peek into the girls’ room to see Women’s Rugby knocking back shots with great vigour. The highlight of the video is definitely the well-practiced choreography of “Single Ladies” performed by three of the boys (compete with Beyonce-style leotard).

Verdict: 8/10. A touch more nudity once in Drapers and a cracking shot of the current Rugby Chairman Simon Craig on the toilet and voila, another reason for the staff at drapers to keep a beady eye on QM’s most mischievous club. 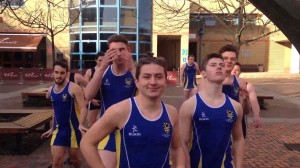 Here we see the annual netball/football collaboration as both clubs attempt to get away with pushing the boundaries set in place for these infamous videos. Beginning with stereotypes, the girls start by being obsessed with rugby, red beer and of course looking at themselves in the mirror. The footballers meanwhile are busy with the beers. A quick clarification of what the teams are really like follows with strong struts, pole dancing and a spot of butt-slapping before the clubs knock back shots in drapers. Here we are again, in a drunken lust (with the apt soundtrack of “Drunk in Love”), which is sadly short-lived due to the home-wrecker Dixie-King Raj.

Verdict: 9/10. A blatant show of disrespect towards Rugby follows and QM is brought together to celebrate the National Anthem as a Bart’s scarf is burned in front of the Griff Inn. Ballsy.

Often regarded as the best Hail Mary Video of all time, the boys push every boundary possible and are 100% responsible for the strict crackdown that we suffer with today on what is actually allowed to feature in a Hail Mary Video. To most it seems entirely worth it. With the soundtrack alone the video almost needs no introduction. Stripping, full frontal nudity and a tender kiss blends effortlessly into what can only be described as ‘playful’ tackling. As with most Hail Mary Videos, the rival club unwittingly features; this time Boat Club takes the fall as Barney Frost rips off a stolen Boat Club social top and the video ends with the proverbial “f**k you, Boat Club”.