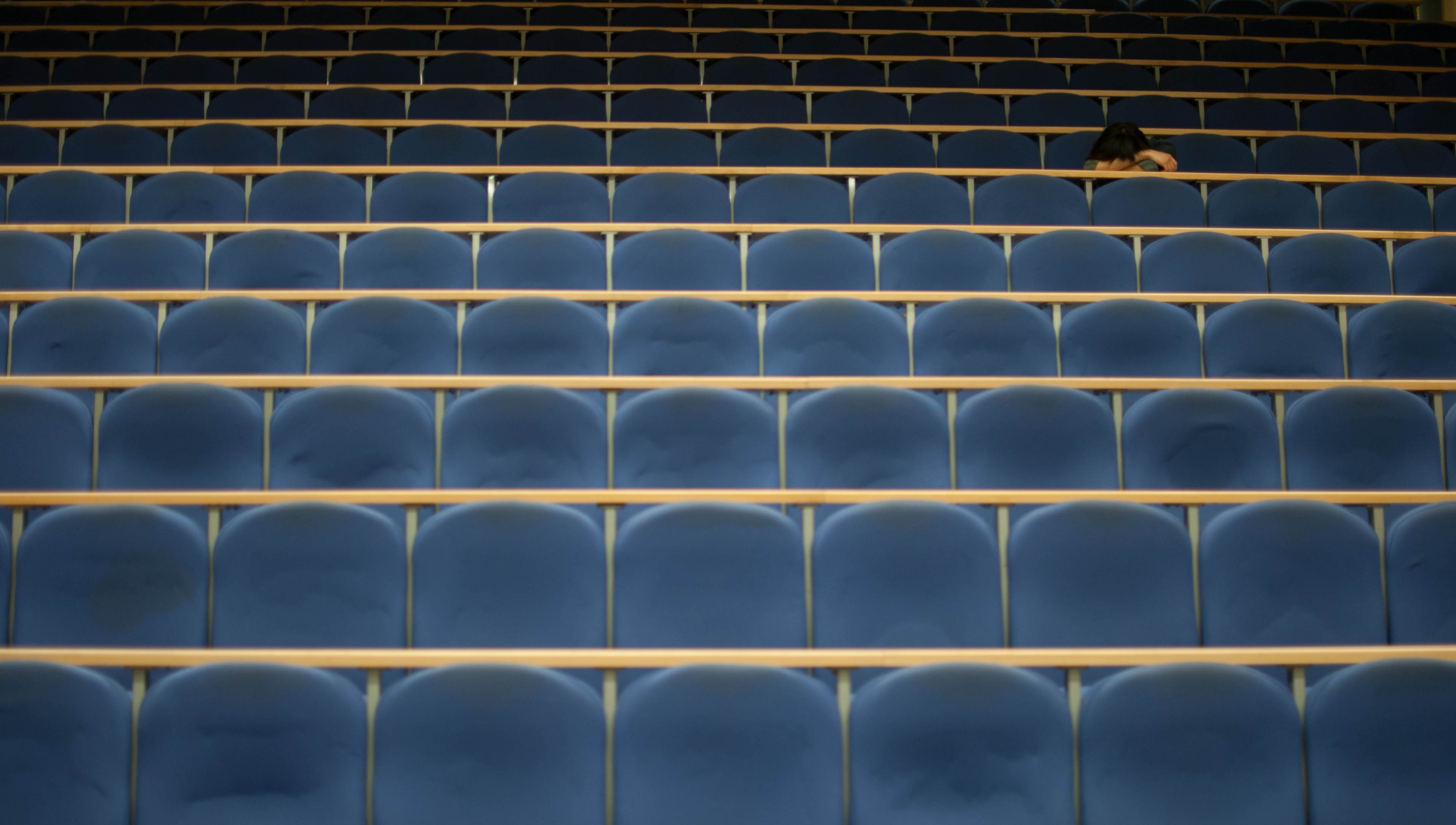 The Big A: Why aren’t we talking about it?

What did I do last night? Did I tell my flatmate I stole a road sign and left it outside his house?

Did anybody see me trip over my two left feet and spill a double JD & Coke over the infamous Pooley girl?
Such thoughts after a standard Hail Mary will be familiar to most of us. But you can’t help but feel that you’ve made the events of last night into a CSI investigation, even though you know it’ll pass. Diagnosis: Hangover Anxiety.

The commonality of mental illness struck me on Facebook, when I shared a post entitled ’10 things anxiety sufferers want their loved ones to know’. Whilst not an unusually low number of friends ‘liked’ the post, enough liked it to display their sense of mutual understanding, even if they can relate the 10 things to just a mild case of Hangover Anxiety. I don’t think it’s unreasonable to suppose that some of those friends are sufferers too.

1 in 4 suffer from some form of mental illness, according to the UK’s mental health charity, Mind. They state that it is ‘‘something we all experience’’ and that anxiety is the most commonly reported issue. They go on to say that it is part of human nature, and protects us from danger – hence the ‘fight or flight’ reflex. However, high levels of this for a prolonged amount of time can lead to severe anxiety, and this can lead to a panic attack. The short term effects of anxiety range from muscle tension and headaches, to rising blood pressure and light-headedness. The long term effects can be more severe, like a weakened immune system, digestive difficulties and sometimes depression. Mentally, anxiety can make you feel irritable, alert, and unable to relax or concentrate. But if it really is so common, and can effect those who suffer with it so much, then why aren’t we talking about it?

A lot of misconceptions surround mental illness.  Whilst of course some days are better than others, suffering from an anxiety disorder is like living the morning after day by day. Whilst extreme anxiety can mean that even having a basic conversation is terrifying, relationship worries, occasional self-identity thoughts or procrastination ideas are pretty common among students. According to Queen Mary’s Advice and Counselling service, problems with anxiety arise when we start to feel anxious more often and more intensely, when there is no real danger and it seems to happen without reason.

There are a number of aspects of university life that contribute towards this – perhaps it’s a fear of rejection, paying back that 60k of student debt, or a fear of underachieving academically. Living away from home, or housemate issues may be familiar for all of us. Living with severe anxiety can make this worse, as Mind state that you may be unable to hold down relationships, jobs, or even enjoy leisure time.

Yet despite this, there’s significant reluctance to get support. I remember one friend responding “what’s that for? How come?” Like the ‘C word’ was some form of forbidden word, after it came up in conversation that I had a counselling appointment the following day.

I was surprised by the amount of people in the waiting room, all with their own issues they felt they too needed help with. If mental illness is so common, then why aren’t we talking about it?

People seem to be afraid to label their worries as anxiety. ‘’Why are you worrying?’’ sometimes means it’s something we are supposed to ‘snap out of’, like anxiety is a choice. Mental illness is a term people are afraid of. There are social stigmas and negative connotations attached, but these are created by us. Mental illness is something that needs to be recognised more, in others and yourself. As prolific blogger, Jack Harries, says in his most recent video entitled ‘Let’s Talk About Mental Health’, “[mental illnesses] are an illness, not a weakness. They are an issue, not an identity. It’s okay to be suffering from a mental illness, but it’s not okay to not talk about it, because then we achieve nothing.”

Mental illness is anything that is a behavioural problem that affects our ability to function in ordinary life, outside of regular norms.