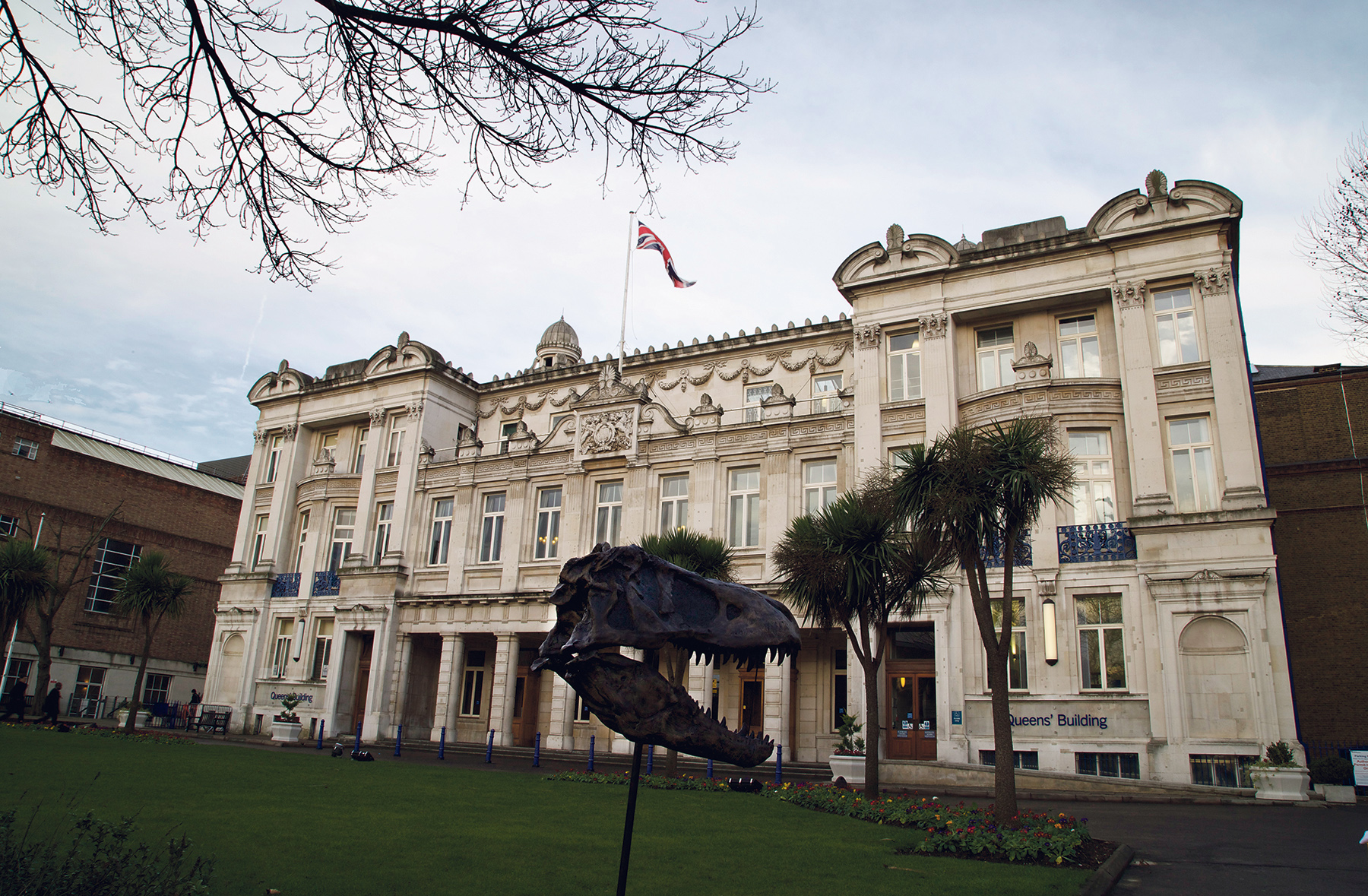 By Rachel Barrow on 3rd February 2015

QMUL takes delivery of life-sized cast of a Tyrannosaurus rex skull to be used for school visits, public engagement and outreach

Last week a 1.5 metre long cast of a Tyrannosaurus Rex’ skull was delivered to Queen Mary’s Mile End campus. The life-sized cast comes from the infamous ‘Devil Rex’ which was originally excavated in Montana, USA in 1988, and has since been on display at Washington D.C.’s Smithsonian Institute. The animal would have weighed in at around 6 tonnes and measured 11 metres in length at just 18 years of age. Here at Queen Mary, the cast of the rare artefact will be used for school visits, public engagement and outreach. QMUL palaeontologist Dr. Hone comments: “The T. Rex will be an important addition to the collections in SBCS, and will be a huge plus for our undergraduates”.

The custom-made cast was produced in the USA for QM biologists Dr. David Hone, Dr. Steve Le Comber and Dr. Chris Faulkes with funding from QMUL’s Centre for Public Engagement and the School of Biological and Chemical Sciences (SBCS). Dr. Hone runs a third year field course for QM students in Dinosaur Provincial Park in Canada where his most recent group of young palaeontologists discovered a rare Hadrosaur skull. With the newest addition to the School, Dr. Hone also hopes to give pupils in the local area a chance to get close to – and learn more about – prehistoric animals, and the sciences more generally.