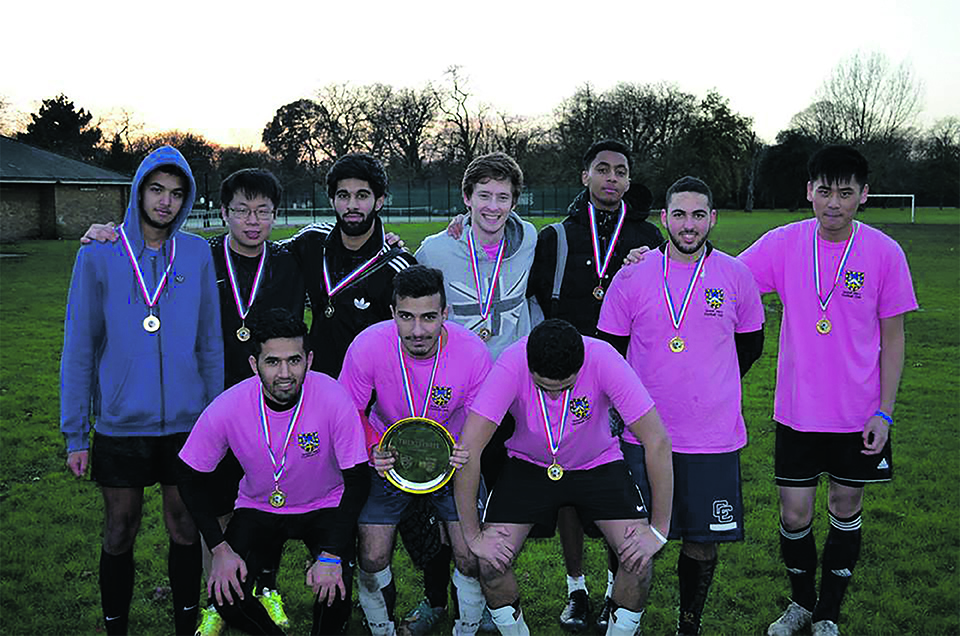 By Nicholas Finch on 3rd February 2015

Semester One Review: One term after its creation, we take a look back at its triumphs

Semester A saw the creation of the QMFC Intramural League. It was created to provide those who missed the cut for the Queen Mary Football Club, and for those who want to play 11-a-side football to a high standard, but in a relaxed and positive environment. Many turned up to the trials week not having any friends involved within the set-up. 9 weeks on from the first trials, the league had its first winner, QM Plus FC, and all the teams have developed close friendships, both within teams and the league.

It has been as great season by all the teams involved. Despite the cold weather putting a few people off as the semester wore on, all teams have put out competitive teams on a weekly basis. All have been improving week-on-week, as they play more as a team.

QM Flyers FC picked themselves up from their narrow loss to work their way back up the table, with some solid team performances to win their remaining games and finish second; with the help of the league’s top goalscorer Kirill Grigorian’s 13 goals in 5 games. Despite a valiant effort in the final, they lost to the well-drilled QM Plus FC.

QM Bayerneverlosin FC looked like the team to beat in the opening round of fixtures, with a strong 9-1 victory over QM Underdogs FC. But unavailability and university commitments meant that they were missing key players in key games and although they were the only team that QM Plus FC didn’t beat, they did not show up to other games with the same attitude, culminating in some poor results.

QM Kings FC have had an indifferent campaign. Following a narrow, high scoring loss in the opening round, they managed to get some good results, including a 12-3 victory over QM Bayerneverlosin FC. But with the team swapping and changing every week, inconsistency cost them, and in the 3rd place play-off QM Bayerneverlosin FC got their revenge, with an 11-2 thrashing.

QM Rockets FC started the season well with a close victory over QM Kings FC, but tailed off as the season wore on. They faced similar issues and could count no less than 6 players unavailable every week, making the job harder for their teammates. They will be looking to get a consistent team for next season, to build upon the season just gone.

QM Underdogs FC looked as though they would struggle throughout the season, but they have improved hugely as the season has gone on. They suffered a narrow defeat to QM Plus FC, but secured a point in the most entertaining fixture the league had, an 8-8 result against QM Rockets FC. They both met again in the 5th place play-off and won 3-1. The crowning moment was when goalkeeper Jonny Barret was allowed to take a penalty and score in what was his last game before he joins QMFC 3XI.

All teams have really got themselves into the spirit of football, and teams have been more than willing to lend players in competitive league fixtures to even the teams up.

Some players have also helped QMFC by coming to their aid with last minute call-ups due to injury. The league provides those players in reserve a chance to keep both match fitness and skill.

A big thank you to all the captains who have helped to make the league run as smooth as possible.

If you would like to join the 11-a-side league, you do not need to get some friends together; look for the Queen Mary Football Club desk at Re-Freshers’ Fair on Tuesday 20th January.

No prior footballing experience is needed, just a positive attitude and willingness to make new friendships.