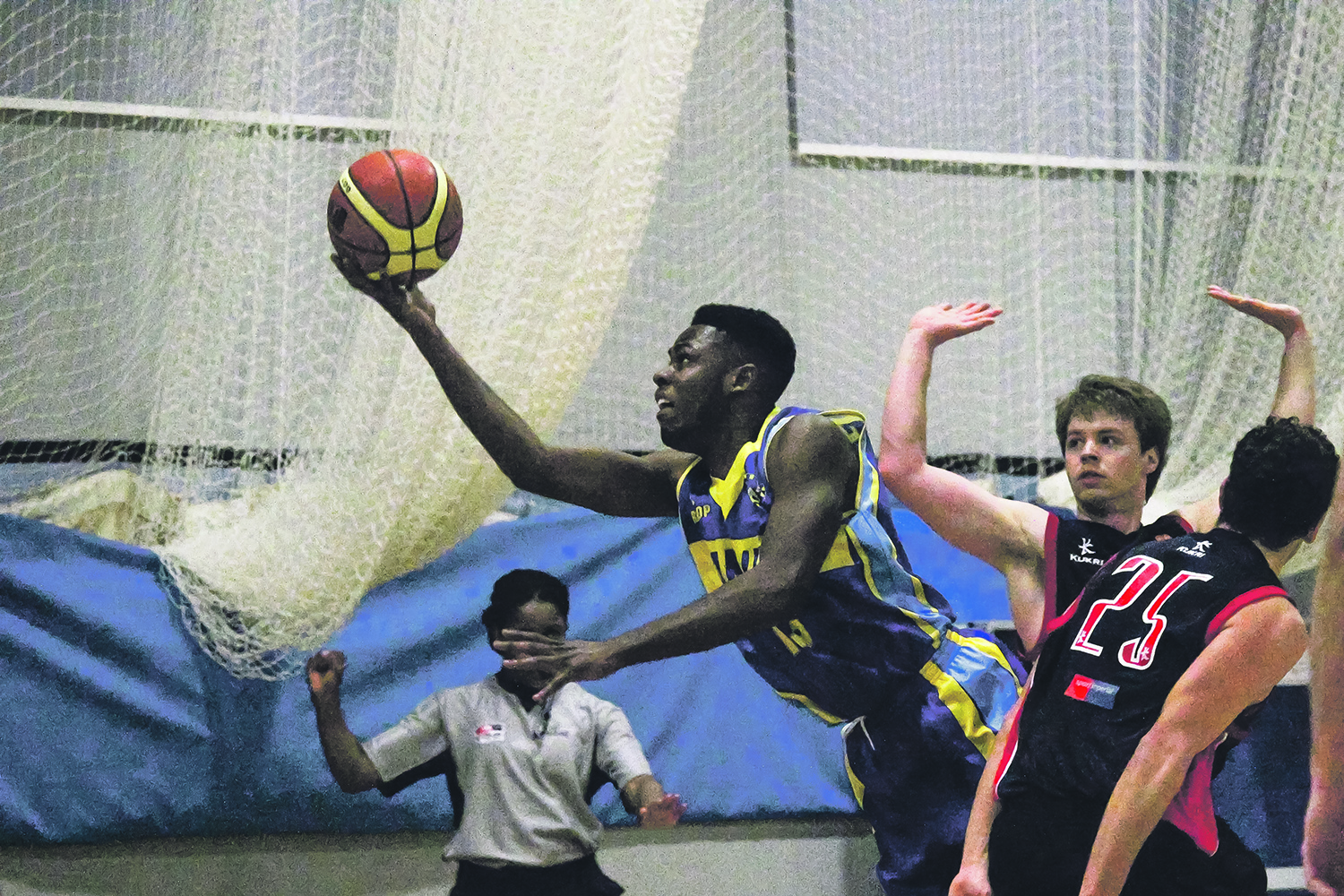 By Veronique Ivory-Johnson on 3rd February 2015

QMUL Men’s beat Imperial 74-68 after nail-biting fourth quarter. QM now second in the league with a game in hand

Queen Mary Men’s Basketball team kept their league hopes alive with a narrow win over Imperial College. Although an important win, QM got off to a slow start after Imperial proved to be clinical in their attack, taking the lead to 7-0 after seven minutes.

Despite the slow start, QM soon came into their own, with playmaker Florian Damptey proving relentlessly strong through the middle of the court and as he secured QM’s first three points of the game after nine minutes. By the end of the first quarter, thanks to the leadership of Captain Christian Ardeu, QM had closed the gap to two points finishing 18-20.

Continuing strong into the second quarter, QM produced some fantastic team work, taking the lead to 31-30 after a brilliant shot from Samuel Lei after some impressive dribbling from Damptey took the ball past five Imperial players. It was in the fourteenth minute of the quarter that Marc Cano-Bret showed some individual brilliance with a shot on the break, powering through the court, taking the lead to 36-32.

The fourth quarter proved to be somewhat of a struggle for QM. Whilst starting off strong, with a slam-dunk forty seconds in from Ali Matour, QM suffered a controversial sending off. Matour was sent off the court for two technical fouls, however the referee and umpire were unsure whether they had blown their whistles for the same foul or two in quick succession. This proved to be a turning point in the game, as a late surge from Imperial made the final quarter a tense affair. QM were under constant attack, and with only ninety seconds to go the score was 69-68.

However, cool and collected amongst the chaos, with forty-five seconds to go, Ardeu’s shot from the three-point-line took the score to 71-68. QM slowed down the pace of the game in final few seconds, allowing them to control the final moments, with a fittingly stunning shot from Damptey, finishing the game 74-68.

After the game I spoke to captain Ardeu to get his thoughts on an important win for the team:

“Even if we had a slow start, we managed to come back due to our great defensive effort. We knew we were facing a good team, probably the best in our league, so we really wanted to win this one. This win gives us an advantage in the race to promotion. Our next game is against Essex so we’re just taking everything step by step.”