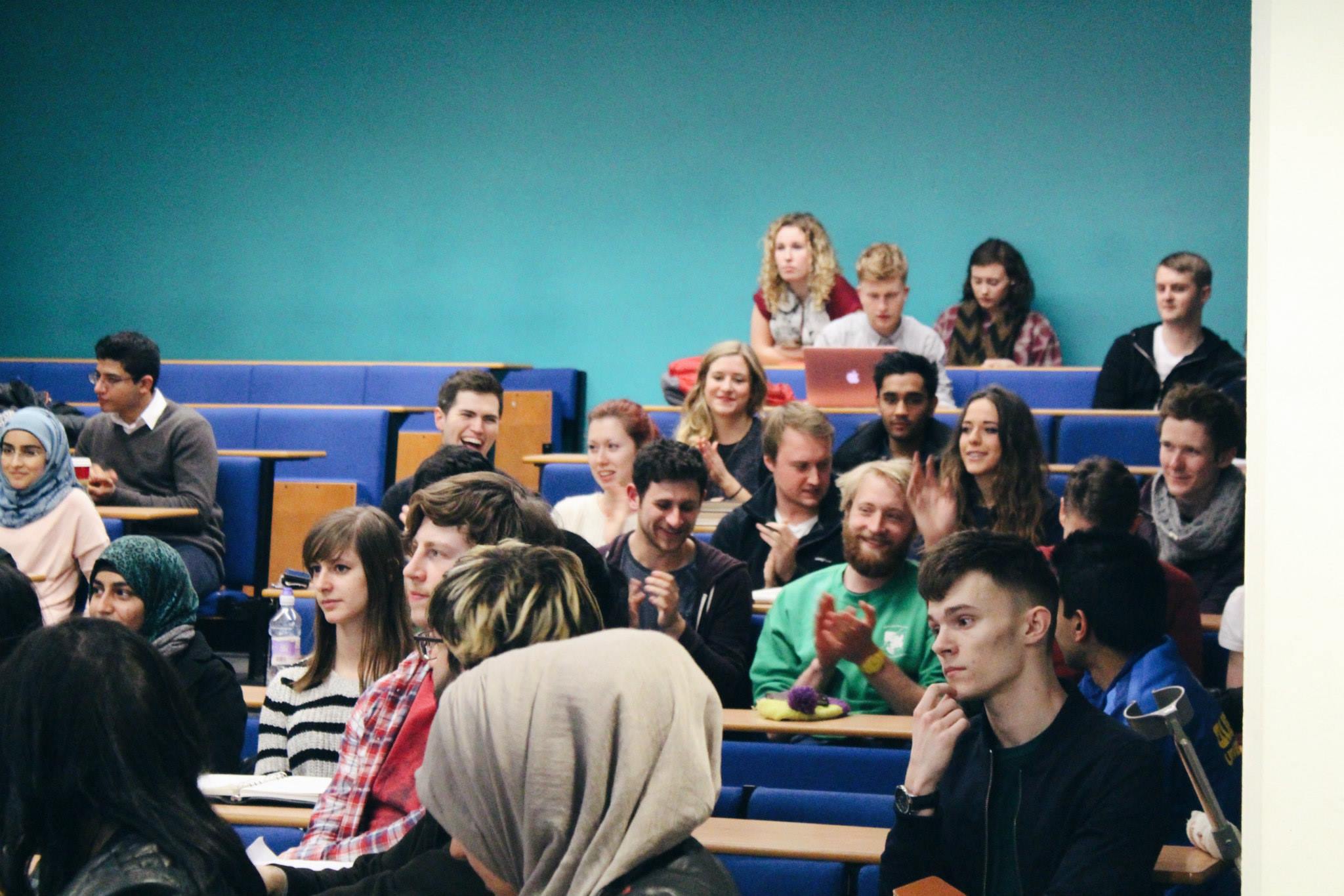 By The Print Journalists on 21st February 2015

Afterthoughts on the first candidate meeting, social media cynics out in force and positions still to be filled

It’s that time of the year again, election season is upon us!

QMSU’s very own real-life democracy RPG kicked off this week with noisy and excitable candidates meeting in Francis Bancroft, after a last minute room change from the Blomeley Rooms. The meeting saw a full preliminary list of candidates announced, as well as informational videos on the voting system, advice and conduct for candidates.

After an initial torrent of activity on social media, the excitement and activity soon died down to a modest drip. Luckily for us (and you), we learned enough things to keep the election fire inside us burning brightly. Below is a selection of those things.

Ninety Nominees, but only two slates

2015 might be the year of the solo crusader, if initial candidate announcements are anything to go by. This year’s preliminary candidate list has seen a decline in slates from five in 2014 to a meagre two. This year’s head to head clash will be the Avengers referencing ‘#QMASSEMBLE’ vs. high-street-mobile-shop-styled ‘Union 4 You’, both making adequate use of capitals, numbers and cheesy relatable references to ‘togetherness’ in their names, as is SU electoral tradition.

The world will undoubtedly be looking on with intrigue as the decline in slates plays out. Will the lack of people power reduce the ‘quality’ of campaigning? Will last minute deals be made? Will emergency minions be employed? Will choreographed campaign videos be replaced by thirty second video selfies? Will this year’s election be brought to you by the selfie stick? Watch this space.

There are still positions up for grabs!

Whilst most of the spaces on the candidate list were snapped up in the final hours of nominations, others remained, like lonely Picnics at the bottom of a democratic Cadbury Heroes tin. Some people actually like Picnics though, especially when they come with free gym membership. Here’s what’s left:

Lots of people want to be Science & Engineering Faculty Rep

And when we say lots, we mean nine whole real life human beings (in people form) want to be one of two Science and Engineering Faculty Reps, making it the most contested position. We look forward to campaign videos featuring Bunsen burners and pledges to reduce the price of lab coats.

It got a bit spicy on #QMElections

Straying away from its usually friendly, respectful and judgement free character, social media projected a surprisingly cynical, and at times scathing, response to the launch of the elections and the subsequent release of the preliminary candidate list. Running themes included disapproval, cynicism and a Scooby-Doo like inquisitiveness suggesting that perhaps candidates were just in it for the money.

How many people would attempt to take on one of the big roles if it was unpaid? #QMelections #SeriousQuestion

@Victoria__Adams @m_barraclough @ThePrintQM agreed. spend a year out of the student lifestyle, start to think like staff not students.

Candidates should consider being friendly to students

This was just one of the many plot twists that arose from the candidate meeting informational videos. Other gems of ancient election wisdom included “there’s life after elections” and “get your complaints in early.” There was bad news for candidates whose dads own t-shirt printing services as strict spending rules have deemed it unfair to get your Dad to print loads of promotional t-shirts for your mates. Candidates are also forbidden from campaigning in the library; and to win, they must get more votes than their fellow competitors.

There's amoeba's cringing at the simplicity of that video #QMelections

Then not much happened after that