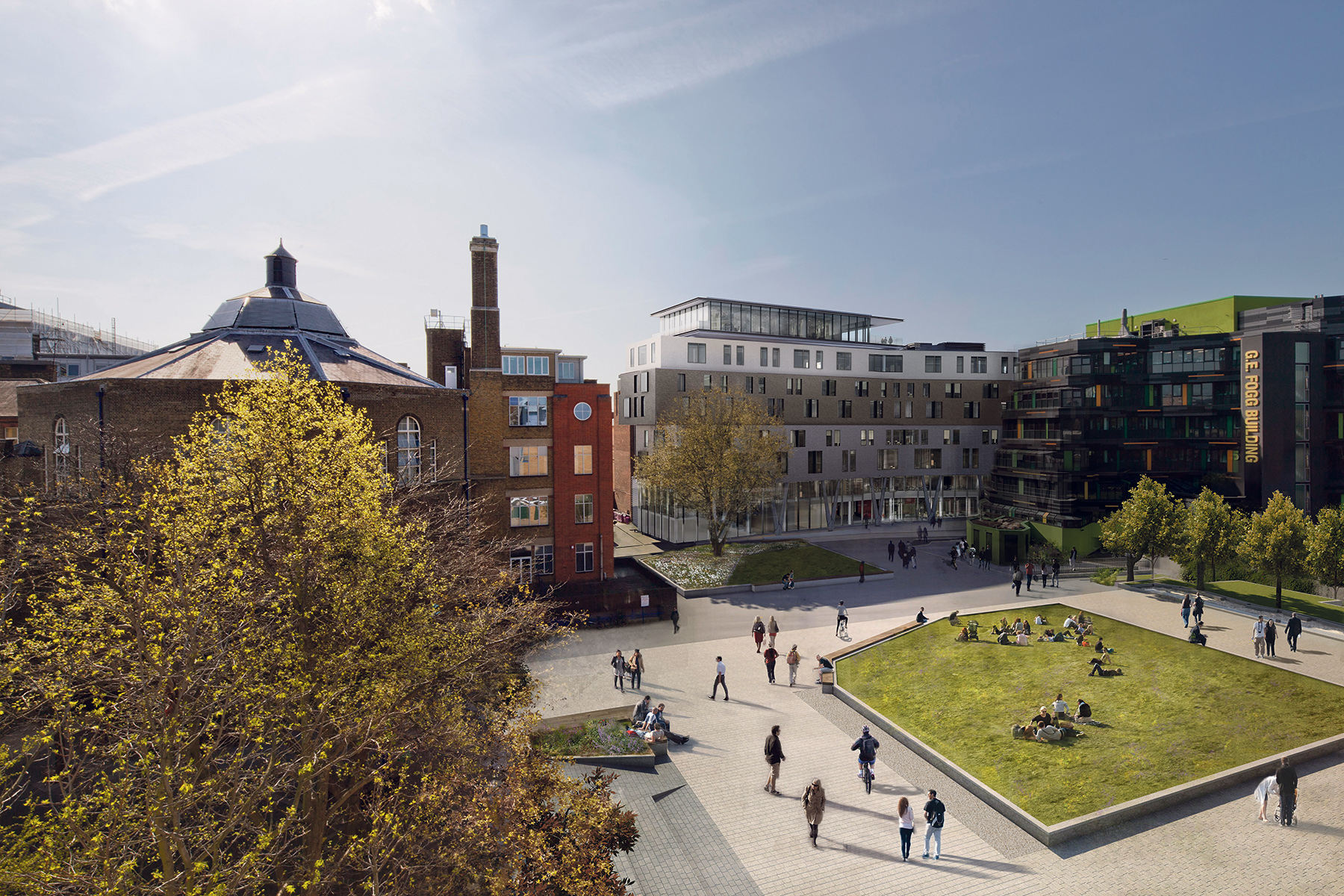 Students launch petition calling on QM to name the new graduate centre after Bow-born ‘King of Grime’, University say they’re not ruling it out

QM students Susanna Mollah, Navaid Ghouri and Alex Bolly have launched an online petition urging principal Simon Gaskell to name the new graduate centre after grime star Wiley. Richard Kylea Cowie, known as Wiley, is an influential grime MC, songwriter and producer originating from Bow and according to the petition:

“deserves the accolade of having the proposed graduate centre named after him as the ‘Wiley Graduate Centre’. Wiley represents the drive and ambition that university is all about, and as our university is located in East London, we believe this is a fitting tribute.” The petition continues:

“We believe that Wiley deserves the accolade of having the proposed graduate centre named after him as the ‘Wiley Graduate Centre’. Wiley represents the drive and ambition that university is all about, and as our university is located in East London, we believe this is a fitting tribute. We are highly aware of the econimic and social disadvantages in the area and want to raise ambitions. We want the local students to see the Wiley Graduate Centre and believe that they can create their futures by working hard, just as Wiley did.”

The petition highlights the poverty and education attainment gap present in Tower Hamlets and the QM students proposing the change believe the ‘Wiley Graduate Centre’ would “instil a sense of ambition, resolve and drive” into students in the local area. The £36m graduate centre is set to ready for the 2016 academic year and will provide 24-hour work areas for post-graduate students as well as a 200-seat lecture theatre, 7,700 square metres of academic and teaching space as well as a ground-floor café.

At the time of writing, the petition has reached 430 supporters, garnering an impressive amount of online coverage with notable magazines including NME, Dazed and FACTmag reporting on the story.

In a recent blog post, one of the founders of the petition, Susanna Mollah revealed the motivation behind the campaign:

“Education is everything. Wiley motivated me in the darkest times of A-Level winter revision when I was losing the motivation to revise. “Evolving how many days will it take to hit another level…” he rapped in my ears. So I tried and I’m here.

I’m fed up of education just being for the rich. You’ve got a quiet place to study, maybe your own desk, parents who earn enough money to buy all the books and stationary essential for your course…I know there are kids round here like me who didn’t have that, who miss out on unlocking their potential because of economic disadvantages, something they were born into and couldn’t help.

Wiley helped me instil a sense of ambition, resolve and drive. I want all the local students to recognise that things don’t have to stay as they are and that you can better yourself if the institutions are willing to support you.”

A spokesperson for Queen Mary University of London has welcomed the petition:

“We are glad that some of our students have found support and inspiration through Wiley’s music, and that they feel his work represents our local east London community – something we are very proud to be a part of.

When choosing a name for any building or new space at QMUL there is an agreed process to ensure that the ideas and suggestions of all staff and students are fairly considered. When the time comes, we would be happy to consider Wiley’s nomination alongside any others as part of this process and we will work with the Students’ Union to ensure students are aware of this.

The Graduate Centre will provide first-class facilities for all staff and students at QMUL, and we anticipate that there will be a number of people whose work in and around the university could be honoured in this way.”

Wiley is yet to comment on the campaign. The petition is not the first in the area seeking recognition for the artist, in 2013 a petition was put forward to Tower Hamlets council urging them erect a statue of Wiley in Mile End park.

A petition can be found at: https://www.change.org/p/professor-simon-gaskell-name-the-new-graduate-centre-after-uk-grime-artist-wiley-wiley-graduate-centre