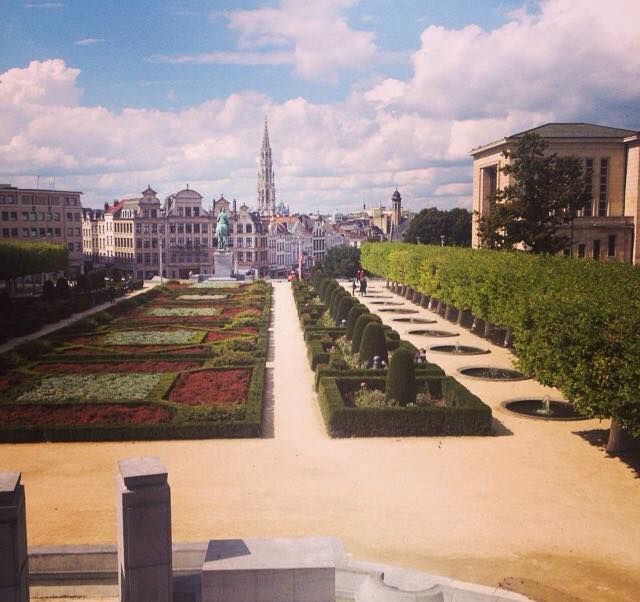 By Brandon Walsh-Alexander on 3rd February 2015

This week’s Foreign Correspondent, Brandon Walsh-Alexander, welcomes us to Brussels. The city that sleeps. All the time.

I’ve been living in Brussels now for over 6 months and it’s been a very rocky relationship. It started off very promisingly. Everything was cheaper than London: rent, bills, beer, cigarettes. It was very multicultural and multilingual, and it was a place that I knew nothing about, and neither did my friends or family.

It was to be the start of a new chapter, a year of adventure and self-discovery. However, shortly after moving into my short term room rental and my partner visiting me for a couple of days, things started to go downhill. I lived in the European part of the city where everyone spoke English, I was surrounded by bureaucrats and European Association boffins and lobbyists – the nearby ‘Association of Fruit Juice’ being one that made me question everything about the world.

I then moved to the up and coming area of Saint Gilles – essentially the East London of Brussels – which was heavily French-speaking and rather arty. Things started to look up – but there was no getting away from the annoying and, essentially, ridiculous parts of Belgian culture.

Want to go and buy some last minute bits from the supermarket having worked overtime?

All supermarkets close at 8pm. Do you fancy going to the gym on a Sunday afternoon after a weekend of eating too many Belgian frites? Nope. Want to go and have some retail therapy after a heavy day at work? Again, you’ve guessed it, nope. All shops close at around 6pm during the week. Even H&M. Nothing opens on the Oxford Street equivalent, Rue Neuve, on a Sunday!

My best friend visited me in Brussels this week and I warned her not to come in the first half of the week – Brussels is famous for being dead from Monday until Thursday evening, but nonetheless she came and, lo and behold, nothing was happening. We went into the centre at 8pm to grab a bite to eat, alighted the metro at the station closest to the centre and there was no one in sight. No one. If only I had saved the Snapchat so I could show you!

Nonetheless, as I have said to so many people, the weekend is a great time to be in Brussels – during the summer there are so many different kind of festivals: Jazz, Italian, Spanish Beer, and any other festival you could think of.

And because a lot of French students come to study in Brussels, there’s a very heavy techno scene and quite an underground music scene. There are some pretty decent parts to Brussels – it’s full of culture and greatness and warrants a visit or two. But I wouldn’t advise living there.

There are two quotes that stick out to me from talking about Brussels with my friends, summing up the place  – “Brussels is not where you want to settle down, it’s a city of nomads” and “Brussels is a city of bureaucrats, corporates and politicians”.