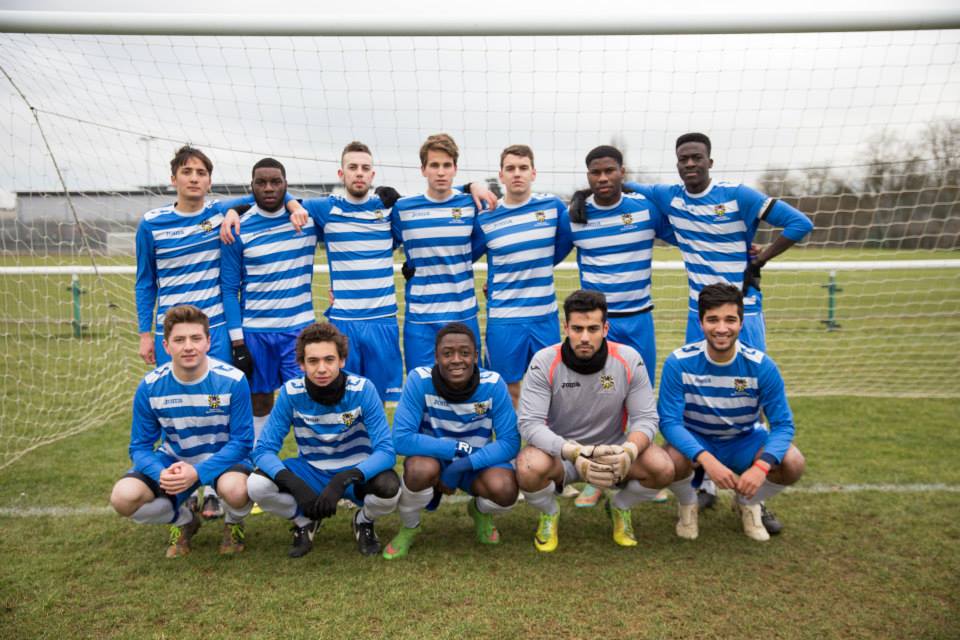 QM’s 3-0 win over Westminster the week before had set this tie up perfectly.

The played five won five record of Hertfordshire was waiting to be broken and QM were looking to go top with a win over the leaders. It was a tight game but QM claimed a crucial victory with the only goal coming with seven minutes remaining.

Whilst QM had absolutely no motivation issues for this game, the body language of the Herts players before kick-off told a story. It seemed as though they thought all they had to do was turn up and the three points was theirs. The QM boys had other ideas though.

QM made one change for this game, Romeo Kotun in for Jonny Soares. This meant club President Matt Collins switched from right back to left back, Nesh Evans moved to right back and Romeo started on the right wing. Everything else remained the same.

Admittedly this game was not one for the purists; with a lot at stake, each side was eager not to make any silly mistakes and gift a goal to their opponents. The physical approach favoured by Herts did not exactly assist QM in playing their usual style of passing football. Possession was often lost and the rhythm of the game was broken up regularly.

The first ten to fifteen minutes were mostly about keeping it tight and sussing out each other’s game plans. Having identified the danger men of Herts, QM adapted tactics to try and restrict any chances. At times QM found it difficult to not get caught up with the physical side of the game. This resulted in a few tasty tackles and possession often being lost by both sides.

Whilst the first half was fairly open and saw chances for both sides, Herts had cause to feel unlucky to not be ahead, mainly due to the excellent goalkeeping display of Hussam Folaih. QM began to play their own game towards the end of the first half and they must have been wishing half-time wouldn’t come.

The opening fifteen minutes of the second half saw both sides trying to break the deadlock whilst the defence remained solid . With an hour played QM decided to bring Miguel Oliveira on for Sam Hui. Oliveira loves a dribble and the QM management were hoping his creativity would aid the team in their search for a winner. His introduction showed the intent of QM and the link up play displayed between himself and Lolu Onabolu was exciting to watch.

Whilst QM were intent on leaving with all three points, Herts had not given up hope of keeping their perfect record intact. Half an hour gone and QM goalkeeper Hussam Folaih was under a barrage of shots, saving four in immediate succession much to the enjoyment of his colleagues.

The confidence levels of QM were rising and eight minutes later they would be ahead. Lolu picked the ball up on the left side of the box and dribbled past a Herts defender before unleashing a low, powerful strike into the bottom right corner.

There was still enough time for Herts to muster enough strength for a few more attacks but again, Folaih was unbeatable: this time saving at point blank range.

The physical approach adopted by Herts did unsettle QM at times but, by sticking to their style and doing the basics well, QM prevailed.

QM are now top of the league, with Herts in second with a game in hand. They now look to the last three games of the season, starting with Canterbury away.

Man of the Match: Lolu Onabolu