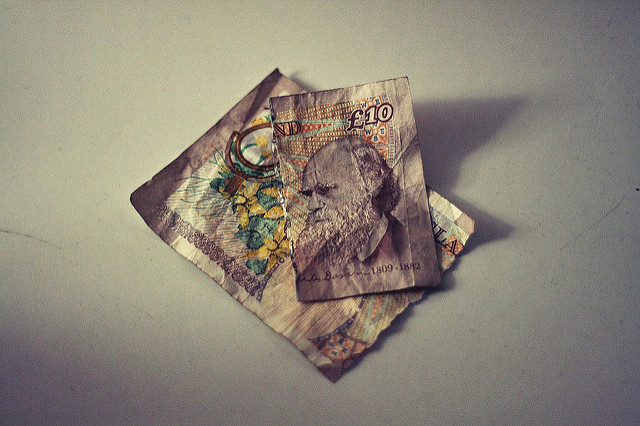 The Price is Right?

The student riots of 2010 appear to have been forgotten. As £9,000 tuition fees become the norm, how exactly have universities, particularly Queen Mary, improved to reflect their new luxury price tag?
Do you remember when it was announced that tuition fees would rise to £9000? First came the outrage; students swarming the streets of London, anarchist flags flying over Tory HQ as the son of Pink Floyd’s David Gilmour decided to create his own version of swing ball using the cenotaph as a post. Next came the panic; newspapers interviewing jittery school pupils who had quickly pieced together a personal statement, desperate to miss the impending deadline. The death of higher education as we had known it appeared to be looming.

Now we seem to have entered the age of acceptance. While Nick Clegg’s approval ratings may have not recovered from 2010, universities haven’t lost their popularity. This year Queen Mary received a record breaking 31,878 applications. With an ever increasing number of job applications stressing the need for a degree, it seems the enormity of student debt is now simply a fact of life, and those violent protests a very distant memory.

The question remains; as tuition fees have risen, has the “university experience” actually improved? The National Student Survey would suggest yes. According to recent polling, student satisfaction of third year undergraduates revealed that a record breaking 86% were happy with their course overall. Since 2005, satisfaction in teaching standards has risen by over 5%. Not a drastic improvement, but an improvement nevertheless.

First years are a little more confusing. Over 58% of those polled believed that their first year of university was not worth £9000, and yet over 80% would still enroll into university if the choice were given to them again. As first year commonly does not count towards your final grade, it is quite unique, and this is perhaps why it is seen as too expensive. Contact hours remain an ever present bone of contention, with some statistics claiming that 1 in 2 students believe the amount of teaching time is not adequate. This all seems to paint a picture that, nationally, university may not be providing the service a £9,000 price tag implies, but is still a worthwhile investment.

So how well is Queen Mary competing with the rest of the country? Alumni speak very highly of the institution, but opinion doesn’t seem to have changed as drastically as the cost of university education.

Think back to a distant time when government grants covered the cost of university education. A former student that studied with the School of Geography, and was within the last year group to receive full funding for higher education, said ‘‘I received something like 16 hours a week contact time (which was a mixture of lectures, seminars and time with my Personal Tutor). This is a much higher figure than most Arts students get today.’’ However, she also notes that ‘‘there were far fewer student facilities on campus.’’

In 2004, tuition fees were raised again to £3,000. When asked whether this increase marked major change, another student stated: ‘‘Academically speaking things did not change dramatically. I think that it will take another year or two for the departments to finally see the need for changes to be made. Once they have invested the new income properly, then the students will directly see a difference.’’ Another said, ‘‘Queen Mary does have some fantastic teaching staff and some great facilities, but they were all there before the increased fees…’’

As an educational institution, Queen Mary keeps students content, but the level of satisfaction doesn’t seem to have changed much since university fees were introduced. Queen Mary had this to say on the matter: “The rise in tuition fees did not result in additional funding for QMUL. Tuition fee increases occurred alongside a reduction in core funding from central government. Despite this, QMUL has made very significant improvements for our students over the last number of years. We continue to invest in improved teaching and learning resources, better access to bursaries and scholarships, exchange opportunities, employability services, and the development of campus facilities. Our capital investment programme will include the renovation of existing buildings and the delivery of a new £25m graduate centre.”

Ultimately, perhaps we are overpaying for higher education. Queen Mary and universities across the country have not received additional funding as a result of £9000 tuition fees. That doesn’t mean we should accept being billed for a service that doesn’t match the price tag, as this fee rise will undoubtedly be responsible for a generation consumed by debt. Sadly, this is the reality we face to get the “university experience”, but one positive can be taken from this; it has encouraged students and institutions to judge whether or not university is value for money.