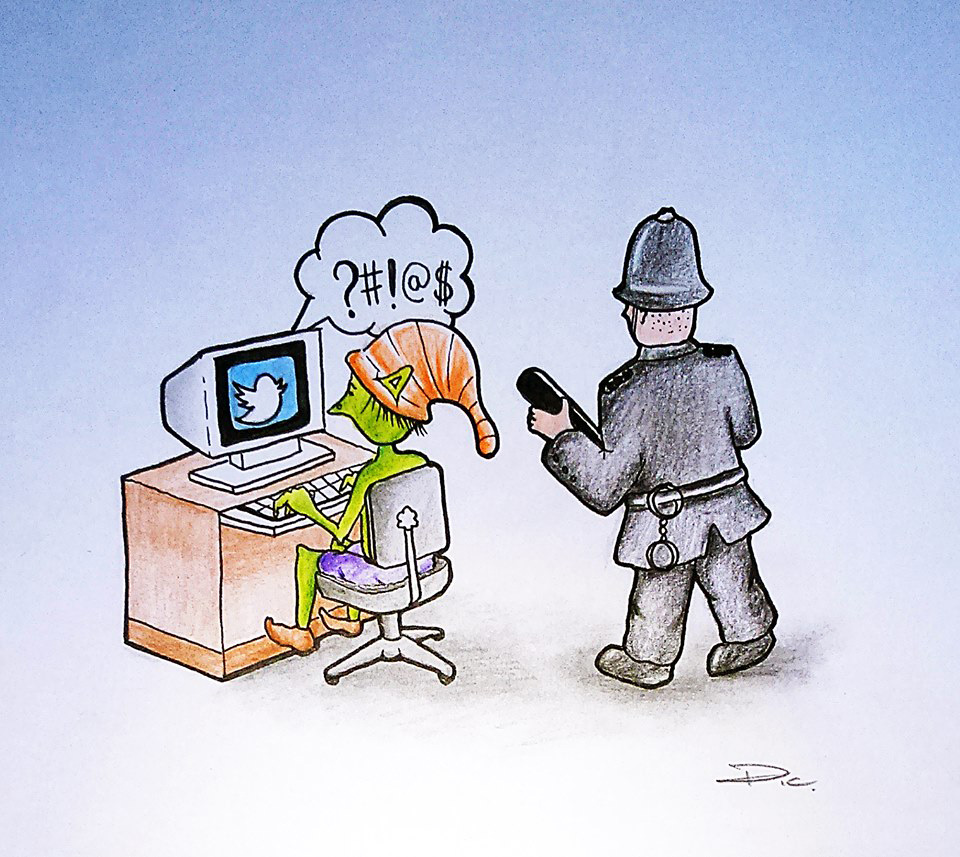 By Lucinda Diamond on 11th November 2014

New laws mean internet ‘trolls’ could spend up to two years in prison – is this fair?

As social media’s popularity has continued to rise, so have the cases of internet ‘trolling’ – and it’s increasingly clear that the current laws regulating online threats are outdated. In my opinion, any threats made online need to be taken far more seriously than they are now.

The current laws mean that the maximum custodial sentence that can be given to internet trolls is six months. In the case of Frank Zimmerman, who sent threats to MP Louise Mensch saying that “one of her children would be killed”, the sentence given was suspended – meaning it was unlikely he would actually go to prison at all. However, the maximum sentence that can be given for the crime of sending threats in real life – harassment – is five years. It seems irrelevant to me whether the threats are received online or through your letterbox – the psychological effects and terror caused are the same, and therefore the sentence for online trolling should be upped to reflect that.

Some argue that if there is too much policing online it will have a negative effect on freedom of speech. I think it is necessary to make a clear distinction between an opinion and a threat – whilst the comments may not always be nice, everyone has the right to tweet their thoughts on people’s weight, appearance or actions. This cannot be criminalized.

However, a direct threat is a crime and should be taken seriously. An account named @killcreasynow sent numerous death threats to MP Stella Creasy, threatening to rape her and “put the video all over”; more recently, TV presenter Chloe Madeley has received rape threats over her mother Judy Finnigan’s comments on Ched Evans. There is a clear distinction between an opinion and a threat – just criminalizing online threats will not affect freedom of speech.

Lastly, in response to those that say two years seems “harsh” – I would argue that since internet trolling is on the rise, the current sentence just isn’t harsh enough. Increasing the maximum sentence to two years may be what is needed for sufficient deterrence, and encourage trolls to think twice before acting. Furthermore, the judge in the case is still left with discretion. The sentence is a ‘maximum’ of two years – it could still be six months, depending on the severity of the case. I believe that, in cases of serious online harassment, it is much better to have the option to come down hard on internet trolls – and show that in our society threats of death and rape will not be tolerated.
NO

Internet trolls spew their poisonous venom all over social media and it is true that this can potentially result in devastation. Yet, imprisoning someone for expressing his or her point of view (however abhorrent it might be) threatens our human right of free speech. Our speech and ability to think freely is what renders us human – it should be protected, even if it not always comprehensible to the majority. It is more important that we speak out against the violation of an individual’s free speech, rather than what exactly is being said, no matter how depraved an opinion might be. An unpopular view should not warrant a sentence of up to two years in prison. Ultimately, free speech must preside over poor taste.

If we are prepared to sentence people for voicing their opinions, for which social media is an excellent facilitator, what will we condemn next? Will it be illegal to make a pithy comment to someone who is holding you up in the street? Admittedly, unlike extreme internet trolling, this is unlikely to damage the offending individual. Nevertheless, life does pose uncertainty and there is a permanent risk that you might just catch someone at their lowest, wounding them more deeply than initially intended. All voiced opinions pose the risk of offence and so essentially, the right to free speech would be infringed upon with the implementation of this law. There is also a concern as to how far the notion of internet trolling will go and the possibility of the term being redefined and manipulated for personal gain.

People complain about companies on online forums on a regular basis – the offended company could construe this as a form of trolling and prosecute the individual for deformation. The manipulation of the term ‘trolling’ undeniably poses a risk; inoffensive individuals may be at a risk of acquiring a criminal record simply for asserting their dissatisfaction.

Furthermore, if this new law is passed, it could result in social media users feeling that they must tread carefully around every single topic that possibly exists. Social media, then, would become a restrictive zone and would no longer be allied with its definition. Social media can be defined as “websites and applications that enable users to create and share content or to participate in social networking.” If people do not feel that they can share their genuine views and participate in online discourse, then social media will no longer be a powerful tool for inciting action and change.

Got a hot topic for the great debate? Got something to say in response? Let us know on social media. Drop us a line on Facebook at: Facebook/ThePrintNews or Tweet us: @ThePrintQM using #thegreatdebateQM