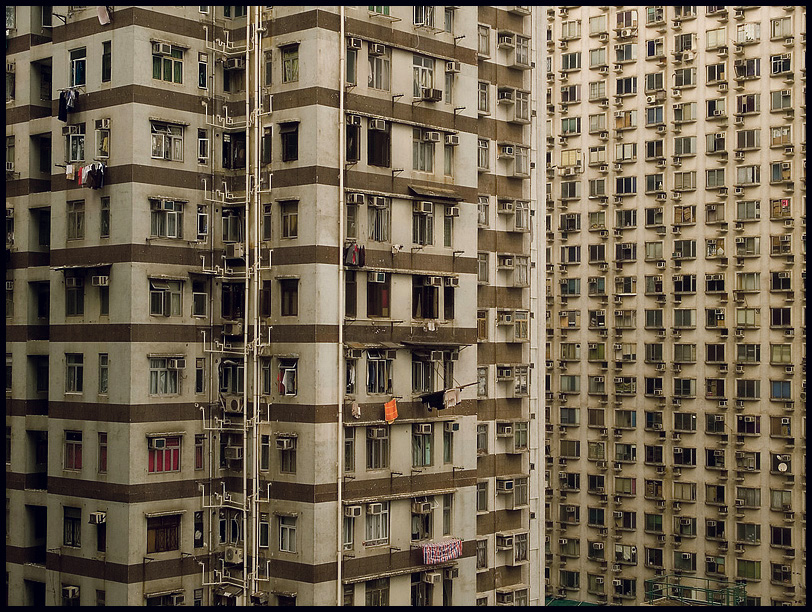 We often spare a thought for those living in less fortunate environments than ourselves in the ‘developing world’, but rarely do we compare our situation with those living in some of the world’s most affluent cities. Despite Hong Kong being viewed by many as the model of a truly modern, advanced city, thousands of residents can only afford to live in tiny, illegal cubicles created by dividing up rooms in some of the city’s oldest factories and apartments. Some families even find themselves crammed into self-constructed shacks on the rooftops of Hong Kong’s unaffordable apartments.

Sharing a room in residential halls myself, as is the norm in Hong Kong, has been a new experience for me, but just like the food and language, it is something that I have learnt to adapt to. It has however made me wonder if I would be so content had my girlfriend back home also made the move with me. The shortage of housing becomes particularly interesting when you consider the necessity of private space in order for relationships to flourish. Not just in terms of sexual intimacy, but the ability to watch a movie or have a conversation without the presence of others. Unlike you and me, the locals here often do not have this luxury, the majority moving out much further into adulthood and even then often having to share their newfound space with others.

This issue has found one solution in the city’s ‘Love Hotels’ which are rented by the hour. Although some still believe the use of a ‘Love Hotel’ is somewhat shady due to its association with sleazy one-night stands, some areas have a proliferation of such businesses and an app has even been developed to help users locate the nearest one. When discussing this issue with locals I have found what is perhaps the most interesting aspect of Hong Kong’s shortage of residential housing to the outsider. Having grown up in this environment, many have learnt to adapt, and simply do not know what they are missing. One individual informed me that it has had to be accepted by society, with some residents who cannot afford the luxury of hourly hotels taking up more extreme measures, such as finding the quietest areas of Hong Kong in order to have public sex.

Just as I have encountered the issue of private housing whilst living in Hong Kong, travel has often opened my eyes to the things we take for granted. But the thought of not having my own private space whilst studying or working full time in one of the world’s wealthiest cities is particularly problematic for me. Whilst London is facing an affordable housing problem of its own, the next time I go to complain about the cost of my room in London I will most likely spare a thought for the students in Hong Kong who can only dream of such a luxury.

I also believe that there is lot to be learnt from this issue from a global perspective. Should the world’s population continue to grow and the rate of urban migration be sustained, a lack of residential housing could well become a truly global issue of our generation, alongside the challenges of environmentalism and poverty alleviation. Consider the possibility of London’s property prices continuing to spiral. Should the housing shortage not be resolved, the future generations of students in London could well find themselves visiting one of the capital’s very own ‘Love Hotels’.

If you are on your Year Abroad or know someone who is, get in touch with us via Facebook ‘The Print’ or Twitter@ThePrintQM to share your story